NFL picks, Week 9: The Falcons are not going undefeated

We're back with lines and picks for all Week 9's games, including Falcons-Cowboys on Sunday Night Football, the game that might ruin Atlanta's perfect season.

Share All sharing options for: NFL picks, Week 9: The Falcons are not going undefeated

Chiefs at Chargers (-8) -- Please enjoy the saddest cable summary of all time. 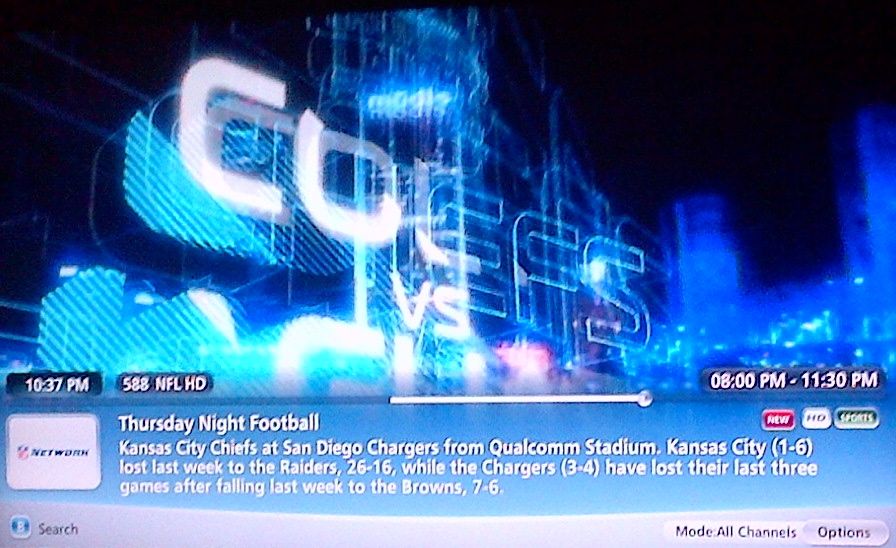 Just one more entry in the Thursday Night Hall of Fame!

Bills at Texans (-10) -- The Texans have gotta be the biggest Falcons fans in the world right now. With Atlanta looking unstoppable, everyone's too distracted to hype up the Texans and jinx them to hell for the postseason. Instead, the Texans can continue churning along quietly as the best team in football, and nobody will notice till mid-December. It's perfect, if you're a Texans fan.

Panthers at Redskins (-3) -- He gets to see RGIII up close for an entire afternoon, so will Cam Newton finally learn some life lessons 101???

Lions (-4.5) at Jaguars -- Calvin Johnson's secretly had a crappy season, right? Everyone's focused on Stafford in Detroit, and Chris Johnson's earned the bulk of fantasy football scorn nationally, but Calvin Johnson's got 1 touchdown through 7 games, and every time I've seen the Lions he's been more or less invisible. Why is this not a bigger story?

Bears (-3.5) at Titans -- Did you see how Jay Cutler and the Bears woke up in the fourth quarter last week, and in the blink of an eye they looked like the best team in football? It's still terrifying to predict great things for Jay Cutler, but wherever they end up in the playoffs, this team will be TERRIFYING.

Steelers at Giants (-3.5) -- Betting the Giants here because of Sandy.

Cowboys (+4) at Falcons -- The Falcons are not going undefeated this year, and the Cowboys are a mess but they're still good enough to beat anyone. It's the perfect storm of overrated vs. underrated, with one team due for bad luck, and one team really, REALLY due for some good luck. That Dez Bryant almost-touchdown was absolute torture, and if that doesn't buy Dallas some good karma, then nothing ever will and they'll be this bad forever. (A distinct possibility!)

BOLD PREDICTION: The Eagles will lose [to the Falcons] this week, get written off for the rest of the year, and then win 7 of their last 9 to finish 10-6 and win the NFC East, guaranteeing Andy Reid and Michael Vick at least one more year in Philadelphia. 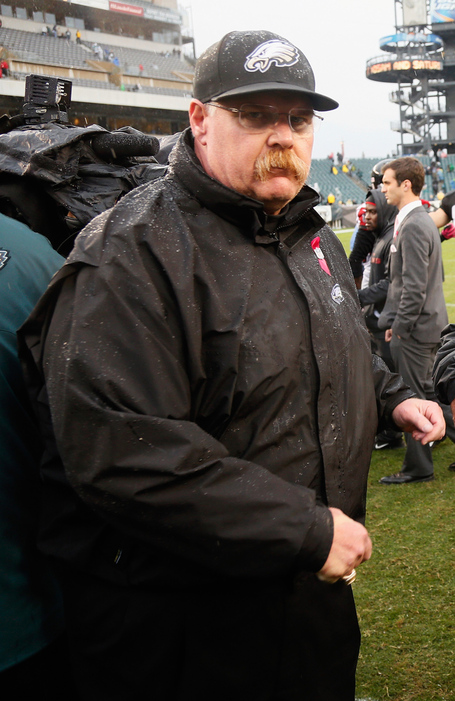