Rookie quarterbacks ... is there anything they can't do?

Share All sharing options for: RGIII, Andrew Luck and a new golden age for rookie QBs

Friends, we are living in a golden age of rookie quarterbacks. Years from now you will probably be telling your messed up grandchildren about what a wonderful year 2012 was. They will nod in agreement, roll their eyes, and pause momentarily from some handheld video game to indulge your old man-ish ramblings about this RGIII fella and his ilk.

RGIII is one of five first-year signal callers to start all 11 games for his team this season. That represents a first since the 1970 merger, and you have to go all the way back to 1930 to find another season with so many rookies starting at least eight games.

Making it all that much more unbelievable is how well those rookies are doing. Three of the rookies are in the midst of a playoff race. Because if Mark Sanchez can help a team get to a conference championship game, anybody can, right? Andrew Luck's Colts and Russell Wilson's Seahawks are currently seeded. Robert Griffin III and the Redskins have a viable shot at an NFC Wild Card. Ryan Tannehill's Dolphins are alternately competitive. Brandon Weeden plays for the Browns.

If you're not prone to hyperbole, then you're talking about RGIII as the slam dunk Offensive Rookie of the Year. If big talk is your thing, then RGIII is the greatest quarterback ever to play the game and the best thing to come along since socks.

Week 12: Usually football provides a nice excuse for avoiding small talk on Thanksgiving. Even the most congenial of households fell silent while watching Griffin take apart the Cowboys with his second four-touchdown game in a row. (Ok, it was also enjoyable because most of America actually hates the Cowboys). Griffin is nearly impossible to defend, on his best days, because he can completely remove the safeties from a play as cautious coordinators game plan for the rookie's legs.

Playing in Indianapolis isn't going to make you a superstar, not unless you're regularly turning in season after season of incredible numbers. It seems inevitable that Luck is going to be the next household name out of Indianapolis, following the same career track as Peyton Manning. Jim Irsay even canned Bill Polian to clear the way for his cornerstone quarterback to have a successful team around him.

Week 12: Pretty plain effort by Luck. His 20 of 37, 240-yards, one-touchdown and one-interception stat line was solid, by all means, but without a game-winning drive - he has four of them - it lacked a little sensation. The Colts beat the Bills, and moved one step closer to an AFC Wild Card berth. 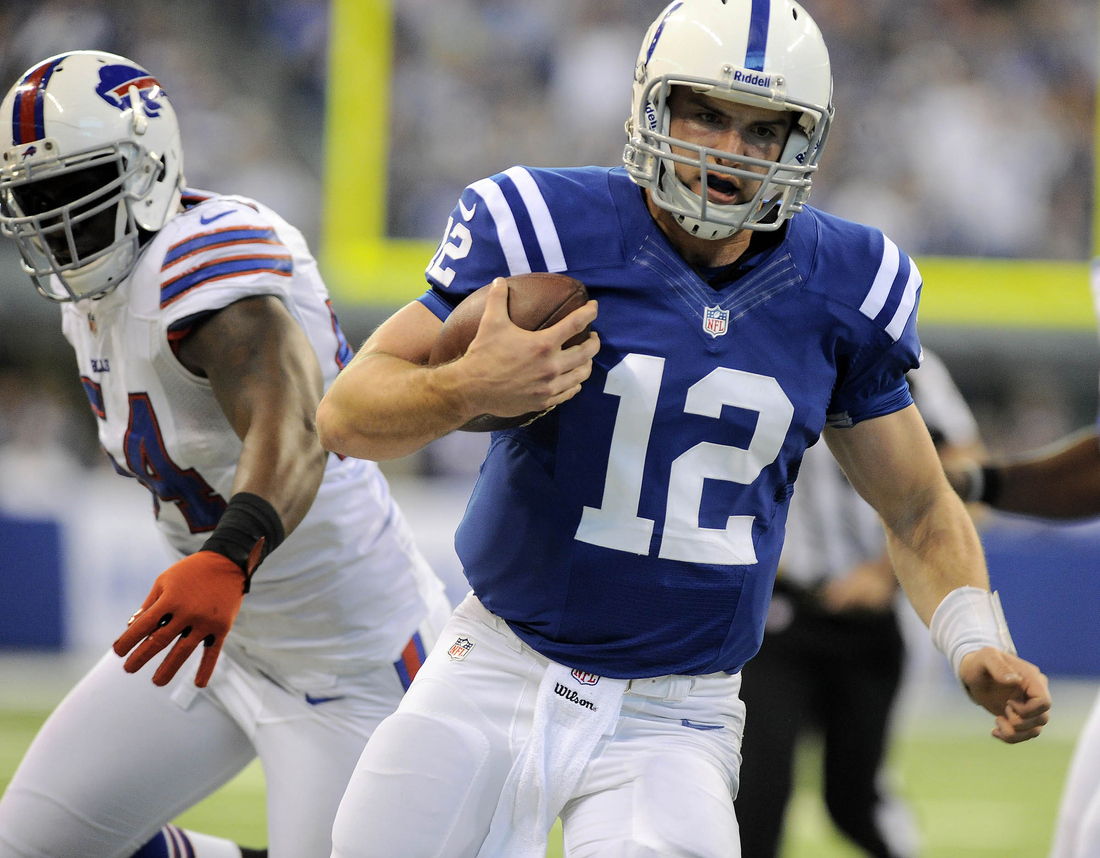 When the Seahawks announced Wilson as the starting quarterback, it looked like a Godsend of short jokes for lazy newspaper columnists ready to bemoan the former Badger's spread background. All that's quickly faded thanks to Wilson's continuous improvement as the season goes along.

Week 12: Seattle's defense wobbled at the end of the game, letting Miami march just far enough to kick the game-winning field goal. So much for Adderall as a performance enhancer, for anyone other than internet workers. Wilson went 21-for-27 with 224 yards and two touchdowns. 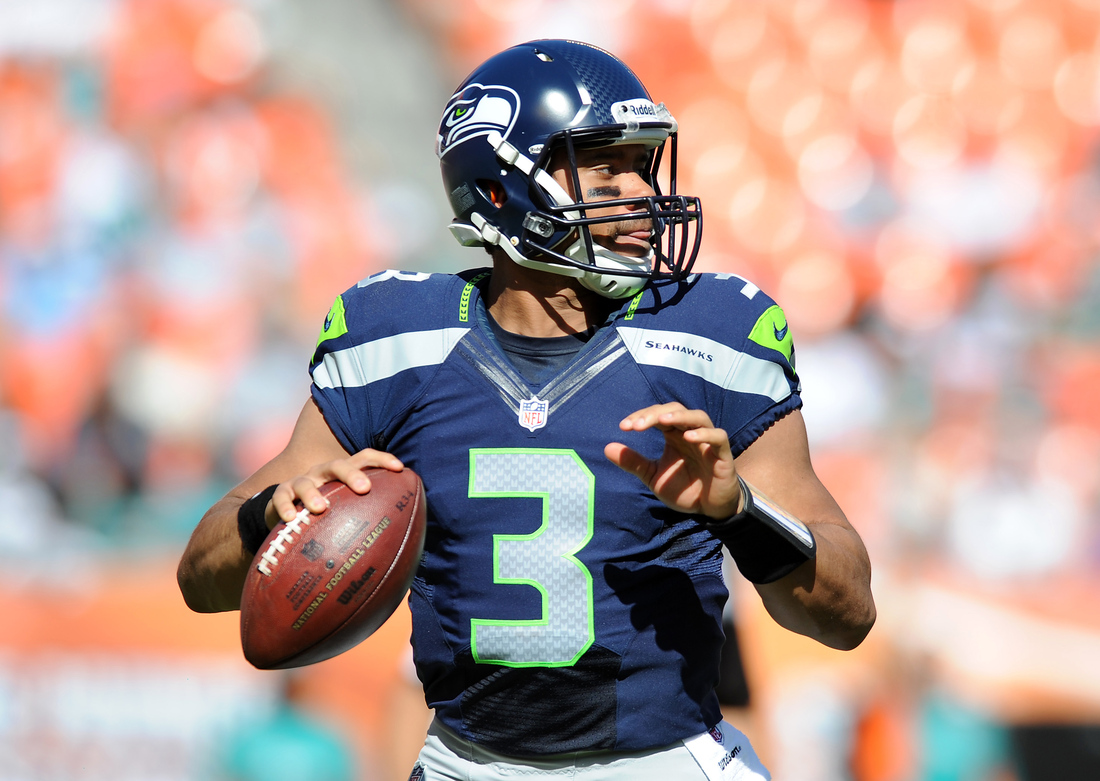 Tannehill looks more like the mental picture conjured up at the mention of a "rookie starter." His play is dotted by inconsistency, and his recent run of play has tapered off from a hot start. Nevertheless, he's playing much better than most draftniks ever anticipated.

Week 12: The Dolphins rookie finished the game 18-for-26 with 253 yards, one touchdown and one interception. His 97.1 rating was his best since Week 6, and the first time since Week 8 that he's topped 50 in QB rating. 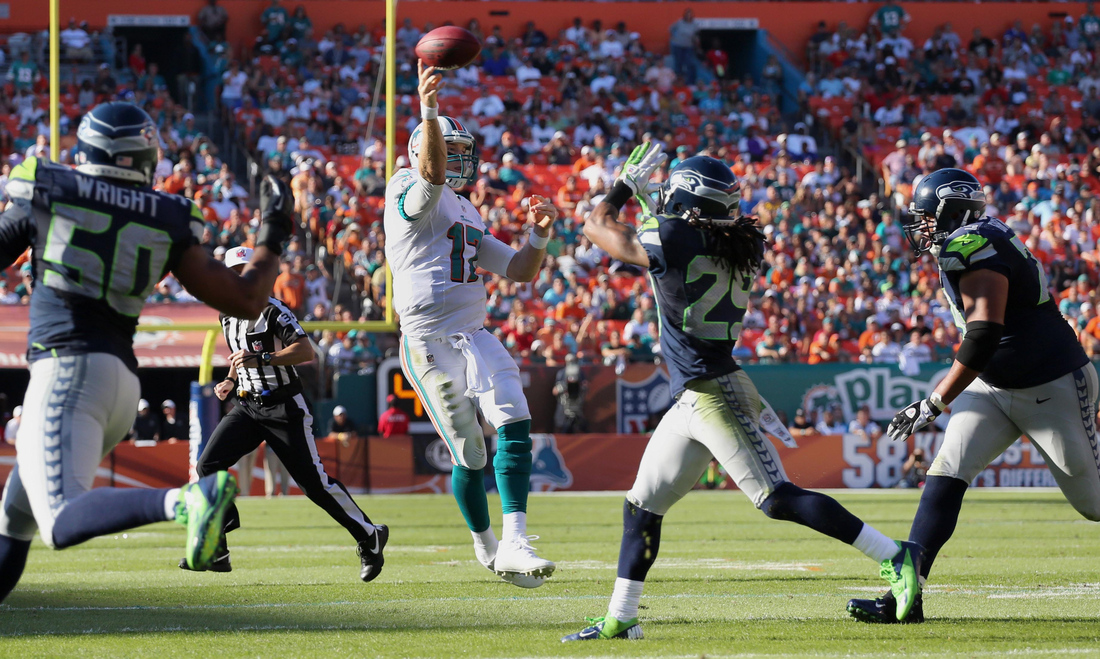 Of all five players on this list, Weeden is the one that might be on his way to backup land. Again, it's not entirely his fault that the Browns of Mike Holmgren and Pat Shurmur drafted him. The new regime in Cleveland, under new owner Jimmy Haslam, has already put Weeden on notice.

Week 12: Weeden's 26 passing attempts were a season low for him. His head coach, Shurmur, has an established pattern of using his quarterbacks to make glorified handoffs on three-yard dumps to the flat. Meanwhile, running back Trent Richardson is averaging fewer than 20 carries per game. Such is the life of a quarterback toiling under Pat Shurmur. 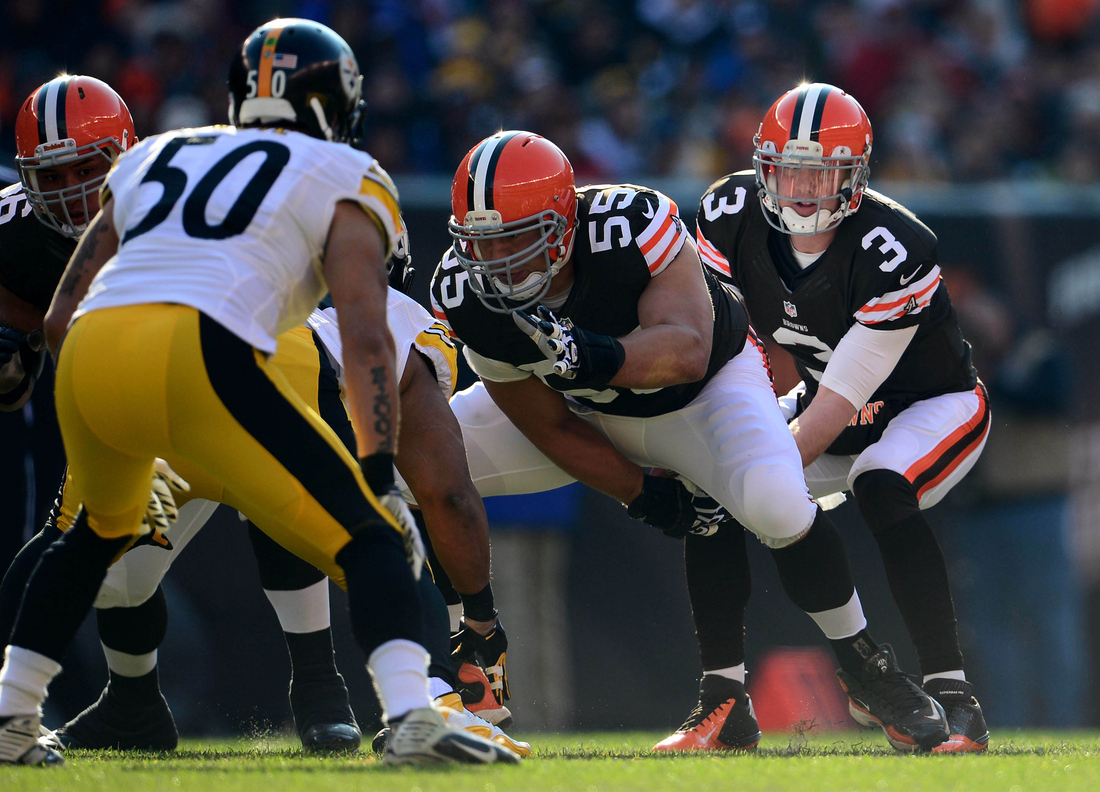