The Eagles almost pulled off a lateral and touchdown on a kickoff return.

Share All sharing options for: Riley Cooper's return TD gets called back after he hides in the end zone

Trailing 28-13 late in the third quarter, the Eagles needed to do something to keep themselves in the game and they came up with a trick play on special teams. Brandon Boykin fielded a kick return and, conjuring up memories of the Music City Miracle, threw a lateral to his teammate Riley Cooper.

Cooper fielded the ball cleanly and returned it all the way for a touchdown. Except... 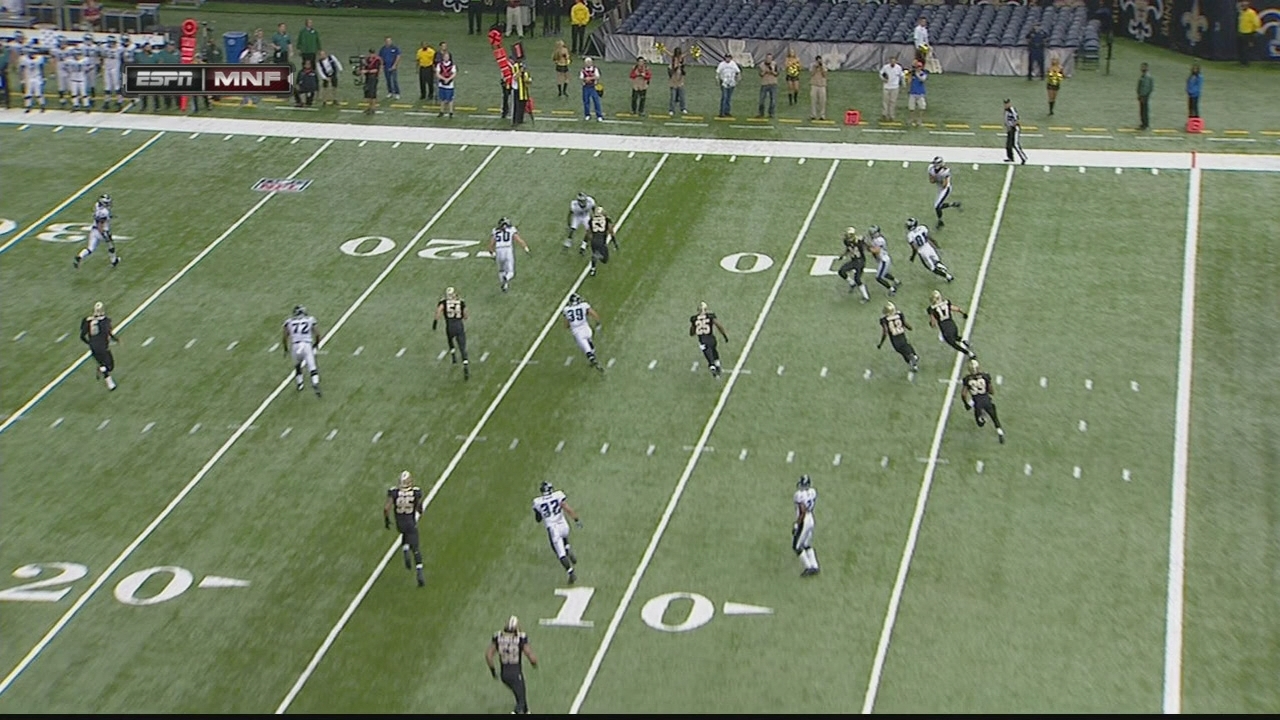 It was a forward pass. Cooper caught it in front of the spot where Boykin passed it. What looked like a game-changing play was all for naught.

The reason the play almost worked is that Cooper was hiding in the end zone before it started. No, really.

Probably not a bad idea the way this Eagles season is going.