NFL picks, Week 15: Patriots, Broncos in for another big test

Sixteen games on the docket for Week 15 as the NFL playoff picture becomes clearer.

Share All sharing options for: NFL picks, Week 15: Patriots, Broncos in for another big test

Another week of NFL picks as I try to forget my 9-7 record last week. The Week 15 schedule is highlighted by a number of matchups with playoff implications, like the Packers-Bears, Colts-Texans, Broncos-Ravens and more.

Lots of important games this week, but we'll start with the stinker on Thursday night.

Andrew Sharp was right: Thursday Night Football is awful. So are the Eagles. A.J. Green, however, is not.

The Bears' playoff hopes may rest on this game. Chicago sits one game back from Green Bay, so this is essentially a must-win if the Bears plan to win the NFC North. Unfortunately for them, each team is headed in opposite directions. The Bears are breaking down, losers of four of their last five. The Packers are heating up, winning seven of their last eight.

Believe it or not, the Colts can still win the AFC South. Doing so would require winning out, which would mean beating the Texans twice. Even though Houston was lit up on the big stage last Monday, they're an elite team this season. Only two teams with arguably the two best quarterbacks -- Packers and Patriots -- have beaten the Texans. Andrew Luck's not ready for that yet.

The Broncos haven't lost since Oct. 7. Sunday's game is a big one because this could be a playoff preview. The Broncos could also meet the Texans and/or Patriots, two teams they lost to this year. Denver's winning a lot of games, eight in a row. Beating Baltimore would prove it can hang with the class of the AFC. 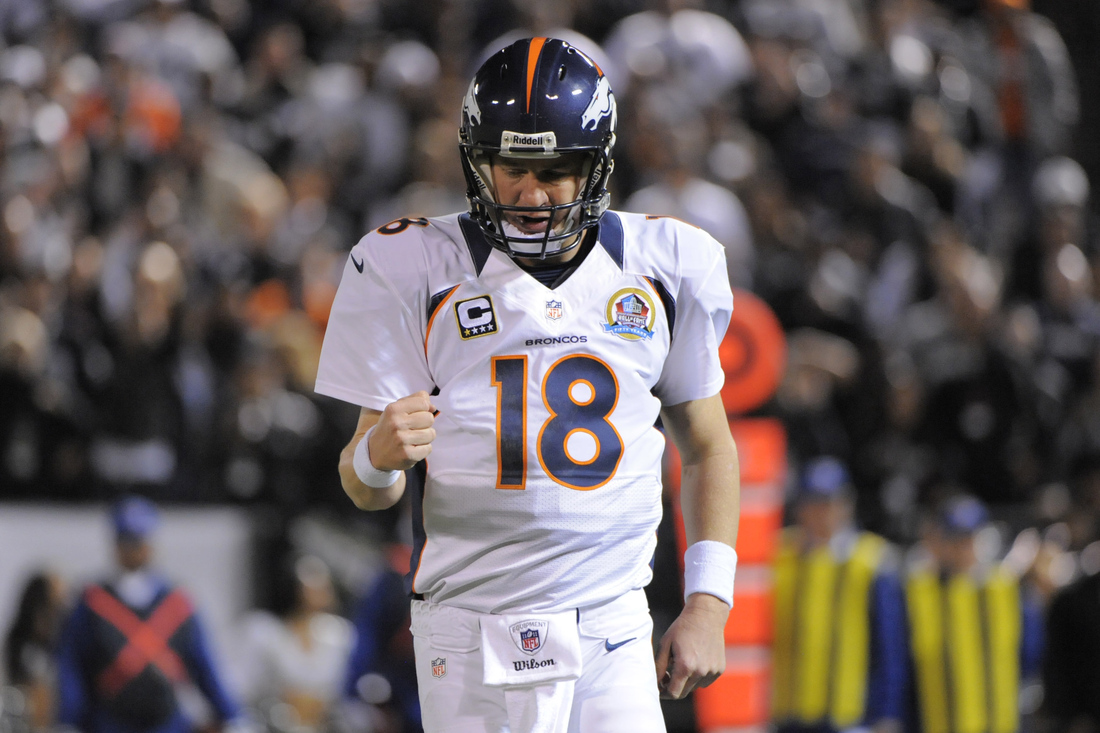 Will RGIII play? Vegas has no idea, taking the line off the boards. After seeing Kirk Cousins briefly last week, the drop-off from No. 1 to No. 2 in Washington maybe isn't as big as we once thought. I screwed Cleveland in this week's power rankings -- sorry, Browns fans -- but this is a different team than your usual Browns teams. Dating back to October, they've been extremely competitive. This will be a good game.

Both teams have an outside shot at the playoffs. The real story in this game, though, is how many yards Adrian Peterson can pick up. He's at 1,600 right now, which means he needs to average roughly 134 yards per game the rest of the way to hit 2,000 yards. Or nearly 170 yards per game if he's trying to match Eric Dickerson's single-season rushing record (2,105 yards).

The last time these two teams played Drew Brees and Josh Freeman combined for 797 yards passing and the Saints beat the Bucs. Back in the Superdome, I expect similar fireworks. 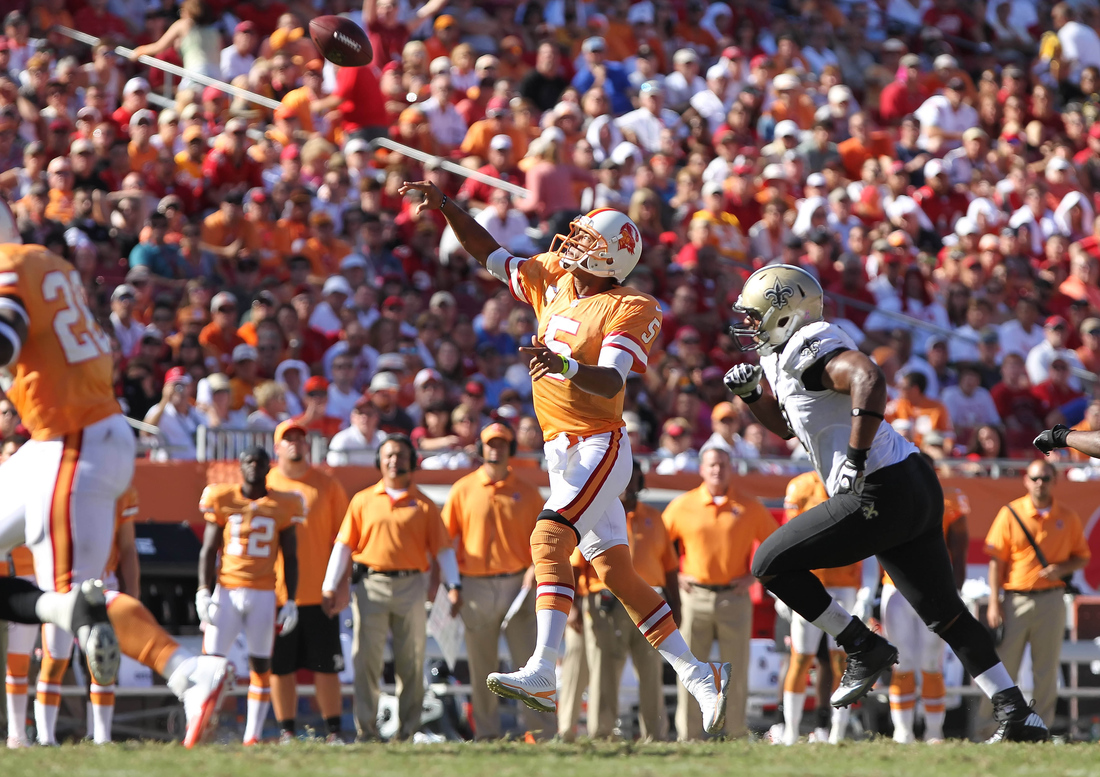 The Giants need this a hell of a lot more than the Falcons. The Giants play this game and then travel to Baltimore -- neither are easy wins. They have just a one-game lead in the NFC East over the Cowboys and the Redskins. With the Bears and Seahawks in the Wild Card picture, it's very possible the Giants don't even make the playoffs. But when the Giants' backs are against the wall is exactly the time to bet on them, even in Atlanta.

The Seahawks are going to be a 10-game winner and make the playoffs. They will go on the road and beat the Bills this weekend, and then beat the Rams in the season finale in two weeks. Russell Wilson for president.

This is a sad game. Both head coaches could be fired before the month is up. The Chargers are going to win because they always win just enough down the stretch to keep Norv Turner's job.

Honest question: which team is a bigger disappointment? The Lions had big expectations after going to the playoffs last season. People thought they would not only make the playoffs, but notch multiple postseason wins. The Cardinals are a disappointment only because of the expectations they created by starting out 4-0. That was nine losses ago. 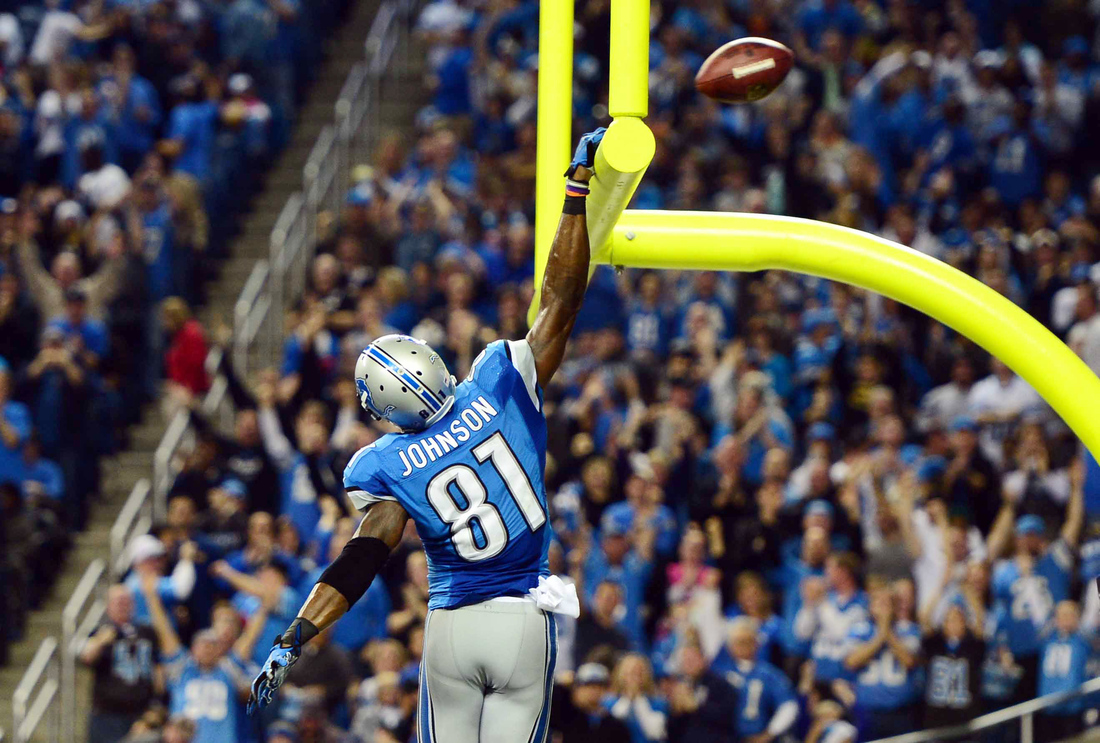 A meaningless game as far as the playoff picture is concerned. A very meaningful game as far as the No. 1 pick is concerned. The Chiefs are leading the way right now, tied with the Jaguars. But the Raiders are just a game behind. Oakland has lost six in a row and its last win came against ... Kansas City. Oakland will win the game but lose a valuable spot in the draft order.

The Steelers have beaten teams like the Giants and Ravens. They've also lost to teams like the Raiders, Titans, Browns and, last week, the Chargers. The Steelers are a better team than the Cowboys but Pittsburgh will undoubtedly play down to their level. Big Ben will win this one late.

In one of the most competitive seasons in NFL history, the Patriots are nearly a touchdown favorite over a team many would consider one of the five best in the NFL. The Patriots rise up in these situations.

I can see how a game like the Eagles-Saints Monday Night Football matchup earlier in the season turn into a bad game -- but at least that was considered a good game at one point. When, if ever, was the Jets-Titans considered a good game? NFL schedule-makers should have to answer for this one. I guess it becomes slightly more entertaining when the Jets winning will legitimately keep them in the playoff picture.