Our very special NFL preview this week salutes the biggest game of the week: Jaguars vs. Dolphins. What? No, really, we did this on purpose. Stop laughing. 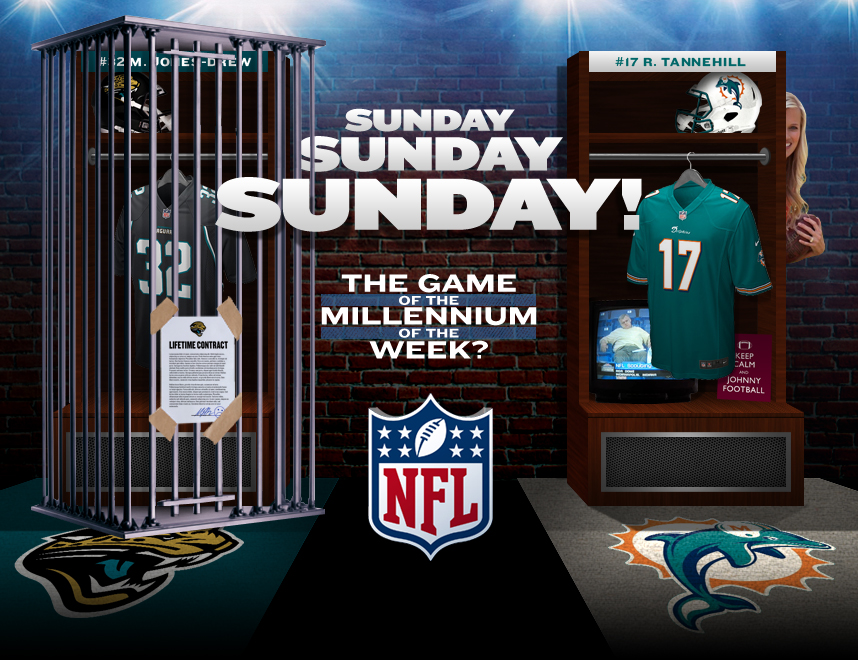 The Jaguars travel to Miami to play the Dolphins this week ... wait, don't stop reading this yet. We understand that the Jags and the Dolphins are not the most exciting teams in the NFL right now. But someday, your team will be here, struggling to overcome years of neglect and losing seasons. There is much to learn from both teams.

1. Quarterback - You need someone to lead your climb out of oblivion on the field. Gene Smith decided that Blaine Gabbert, a surfer dude from suburban St. Louis, was the answer. Gabbert found the pocket a frightening place to work, and former Dolphin Chad Henne now carries the Jaguar guidon. The Dolphins spent a first-round pick on Ryan Tannehill this year, promising him time in an internship until he sliced up the defense in practice. He has four touchdowns and six interceptions in his last seven games. But he's learning!

2. Running back - The only recognizable player on the Jaguars roster is Maurice Jones-Drew. MJD is not playing this week, but the NFL still lists him near the top of its game capsule. Miami also provided its young signal caller with a running back to lean on with Reggie Bush.

3. Head coach - One of the most important steps in rebuilding a team is finding a head coach. Dolphins owner Stephen Ross tried to lure Jeff Fisher to Miami with a helicopter ride and a vow to top any offer. Fisher took his Oakleys to St. Louis. They settled for Joe Philbin hoping that he could bring a touch of the Green Bay magic. Jacksonville hired Mike Mularkey, preventing the Falcons from firing him as their offensive coordinator. Concordia College can expect its former head coach to return soon.

4. General manager - A successful NFL team has to have a titular head, someone to draft the players and sign the free agents. The Jaguars have Gene Smith whose first-round picks may yet survive to fill the roster of the league's next expansion team. Jeff Ireland's talent as a general manager lies in his ability to ask probing questions of potential draft picks. He is also the only general manager in the NFL to be spurned by Peyton Manning and Alex Smith in the same year.

5. Owner - Nothing is more important than a committed owner with an ample reserve of cash. Shad Khan's trail of future Superfund sites have left him with resources to commit to a football team. Can he clean up the mess in Jacksonville? Stephen Ross learned everything he needed to know about running a football team during his early career in the corporate finance arm of Bear Stearns. His answer for fixing his team was to sell junk bonds to celebrities, making the Dolphins too sexy to refuse.

Prediction: The Dolphins should win this game, probably by a score of 17-13. Jacksonville, if they fire Smith, has an edge in the horserace to relevancy.

Even Jags fans have to admit it's pretty unfair that he has to spend his entire career in Jacksonville. Right? This sucks. Whatever he's making this year, they should double it.

I'm pretty sure Shad Khan is my favorite owner in the league, and maybe in sports. And it's almost entirely because of his mustache. Which just goes to show, a great mustache goes a long way. (Related: Shad Khan's cameo here is the only time I've ever enjoyed one of those Gangnam Style videos. This man is a treasure!)

Hey, not as bad as you think! Not good, either. But not bad! But not good.

Reminder: If Davone Bess were white there's a 10000 percent chance he'd have wound up in New England by now, 10 times more famous than he is, dominating with Tom Brady, and worshiped by the Phil Simms of the world.

He only appeared in a few scenes per episode, but Richie Incognito was far and away the most enjoyable character on Hard Knocks, and people like him are pretty much why I love America.

There is no locale, since the entire city of Miami Gardens is a semi-fictional municipality solely created to give SunLife Stadium a spot in the address book. It is halfway between Fort Lauderdale and Miami, surrounded by parking lots long since surrendered to Florida grass and despair. The tailgating is robust out of necessity: there is nothing else to do in the neighborhood, and no "locale" to speak of when discussing the locale.

But yes, the tailgating is decent regardless of the event, and they do have tasty arepas inside. Those are the two nice things about SunLife Stadium, along with the club bathrooms, something Miami Hurricanes fans have noted on Yelp:

"Note: The club level bathrooms are quite nice - complete with AC, wood trimmings, and classical music while you drunkenly piss on the floor."

The rest is an unsightly sea of mostly empty orange seats, press boxes with weird wires sticking out of the countertops, largely dismal concessions, and flat, overpriced beer. This may sound like the typical experience at most NFL stadiums, and it is, but consider how much you'll need that beer a.) when it's a zillion degrees in the seats in the Florida sun, and b.) after you've watched two of the NFL's worst teams gum each other to death for thirty minutes. 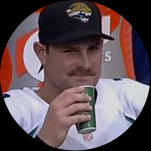 The power of the Mustache is gone, and now Chad Henne has to come home.

It's sad that Henne shaved off the mustache, but Checkdown Chad does get to keep up his streak of being a starting quarterback in Sun Life Stadium ... but he also gets to keep it to fewer than eight games, just like every year he was in Miami. The Robot is coming back to face the Dolphins, but will the Jaguars have a Terminator set to kill this week, or will Henne be constrained by the Asimov Three Laws of Robotics? 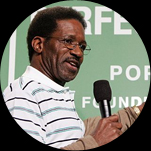 40 years later, the Miami Dolphins are still the only franchise in NFL history to complete the undefeated season.

While that's a sense of pride for Dolphins fans, and the organization, it simply means more to Mercury Morris than it does to any other person. This week, the champagne corks and Perfectville Population 1 will take center stage as the Dolphins recognize the 40th Anniversary of the 1972 undefeated season at halftime. 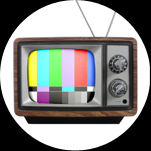 The Jaguars are so bad they rank 31st in both offense and defense which isn't easy to do. The team is heading to Miami now to take on the struggling Dolphins in Miami, where no one shows up for any sporting events. How many people are actually going to watch this game? Will anyone want to watch the game? It's probably going to be awful. Don't do it. 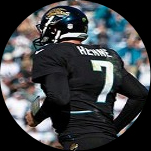 Chad Henne's revenge, am I right?

Chad Henne gets to show the Miami Dolphins what they let loose in the off season. Henne has taken the Jaguars offense by storm and doubled their win total over the past four games. He's taken the passing game to new heights. The Dolphins are going to see exactly what they're missing come Sunday when Henne is chucking the pill from the other sideline. Ok, I can't even finish this without laughing. Sorry. 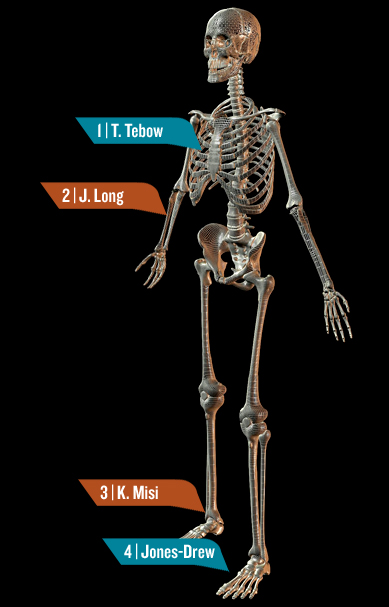 His season is officially over. Goes to show you, when in the NFL Draft, top QB >>> top LT.

If you're hurt at this point in the season, can't blame you for packing it in. Let the backups finish this one out. You deserve a break.

MJD led the league in rushing last year, the Jags didn't wanna give him a new deal and now MJD hasn't been playing as the Jags toil away on their 2-11 record. 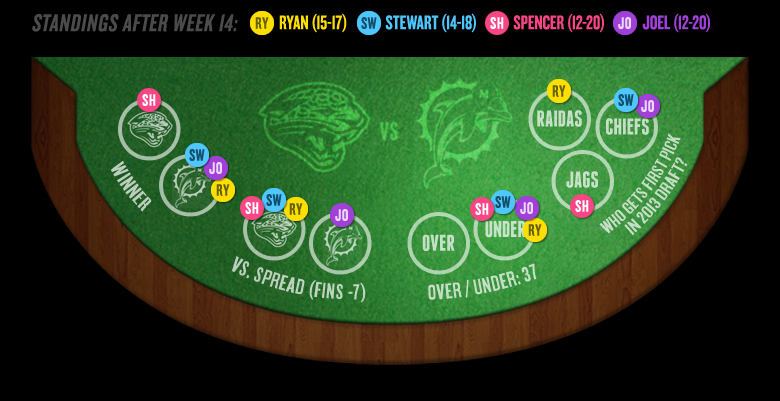 Walking thru the mall today, saw Santa he waved and smiled at me and I smiled for the next 10 mins straight! #magicofchristmas #elfprobz

The Soviet Union dissolved 11 days after the Lions' last win in Lambeau.

Pumped for Pats-Texans. Never gets old when your team plays on Monday night. Although the MNF intros have improved. http://bit.ly/SS2ptU

Here is a photo of Chad Henne cuddling in a pajama onesie. Because why not. http://deadsp.in/ZuLxF0x