Almost every game is meaningful this week.

Share All sharing options for: NFL picks, Week 16: Playoff implications for most games

It's Week 16 in the NFL, so I don't have to tell you how important some of these games are. I count only four games that have little to no playoff implications: Bills-Dolphins, Raiders-Panthers, Rams-Buccaneers and Chargers-Jets.

The rest of the games? Yeah, they mean something.

Week 16 picks starts with the first Saturday night game of the season.

On the surface, picking this game should be obvious. The Falcons are probably going to get the No. 1 seed and the Lions definitely aren't making the playoffs. But that Detroit team could be in a position where it is playing for the future of coach Jim Schwartz, whose seat is at least a little warm. Will Detroit play for Schwartz? I think so. This is your upset special: Detroit will finish the season strong and beat the Falcons on Saturday night.

Remember when this was going to be an important divisional game between both teams? Now it's just important for the Redskins, who are still hoping to clinch a playoff spot. Read about the playoff scenarios here, but the bottom line for the Redskins is that they have to win this game. A motivated Redskins team against the Eagles being the Eagles is an easy pick.

There is a zero percent chance the Packers lose this game. In Lambeau with the Packers playing for something and a two-touchdown favorite, this is a sure thing.

Is this still a rivalry? Remember when there were fights like this one?

[Dolphins linebacker Bryan] Cox was fined more for spitting. Gardner tried to continue the fight long after it was over, trying to get into the Dolphins' locker room after being ejected to go after Cox and then going twice to the Dolphins' bus and baiting Cox to come off.

Gardner was taken away from the bus by NFL security adviser Charlie Jackson after the first time, then returned later. Cox and Gardner exchanged further unpleasantries around the bus.

''They fined me $7,500 for spitting because the cameras caught me. And this guy was supposedly trying to get into the locker room, and they fine him $5,000,'' Cox told WQAM radio in Miami. ''Spitting is worse than fighting? That doesn't make much sense to me.'' 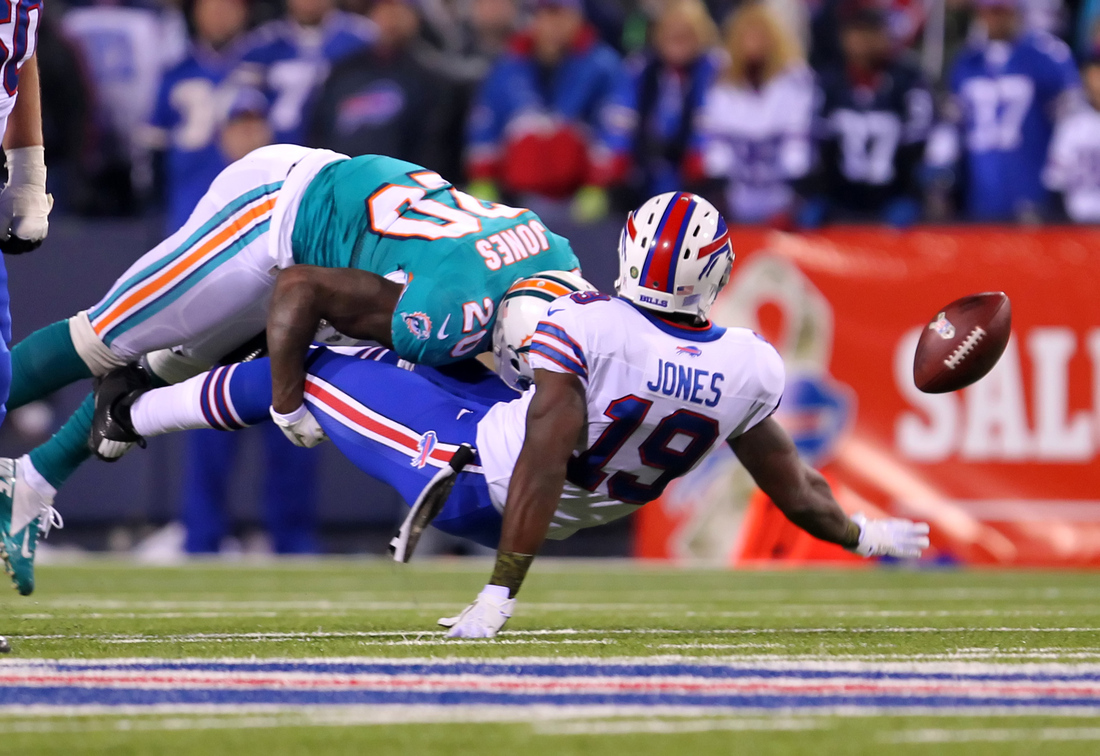 Carolina's starting to play like the team everyone thought they were going to be. Whoever takes over the Panthers GM job is going to have a very nice situation if Cam Newton keeps playing well. This is not a bad team. They'll crush the Raiders.

Battle of teams who can't get over the hump. The Rams are knocking on the door of being relevant, trying to finish up with seven or eight wins. The Bucs have been streaky, but they're also pushing .500. After the Bucs lost by six touchdowns and didn't score a point last week, the Rams are the pick.

Yeah, two good teams are playing, but this is really about Adrian Peterson. He's 188 yards away from 2,000 yards for the season and 293 away from Eric Dickerson's single-season rushing record. The Texans currently have the No. 5 ranked rush defense in the NFL. Big test for AP. As for the game, roll with Houston, who is looking to secure home field advantage throughout the playoffs. 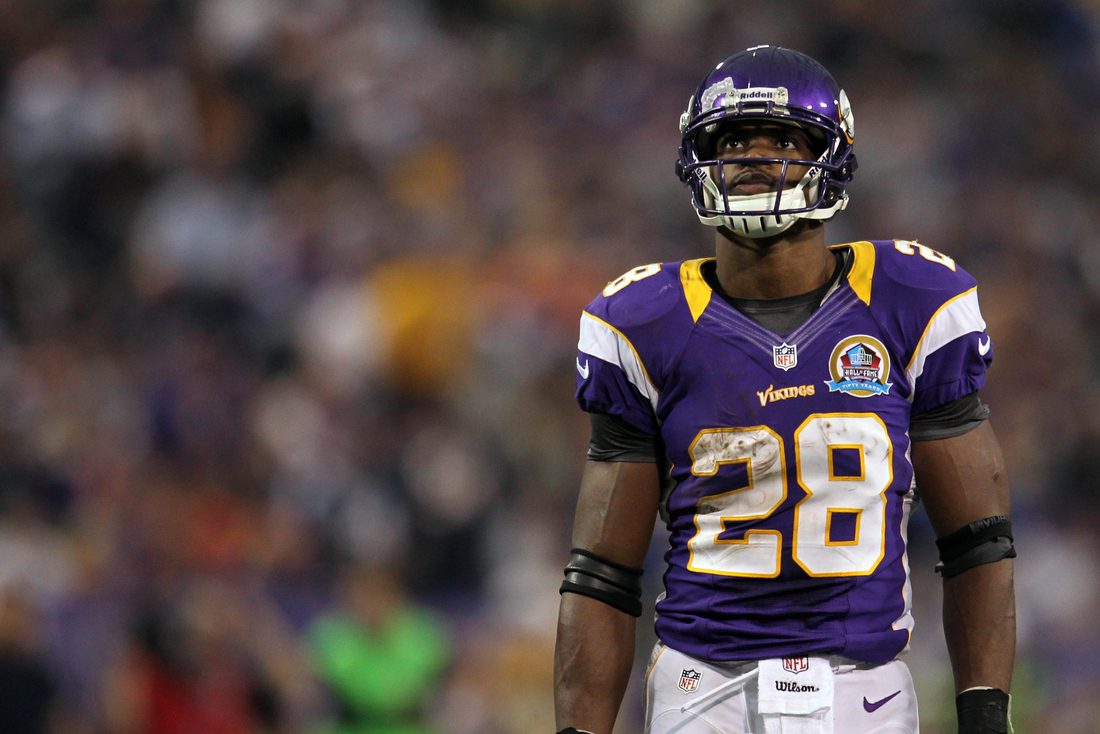 The Bengals are facing a win-and-you're-in situation against the Steelers -- win and a Wild Card berth is secured or lose and hope to get in by Week 17. The Bengals are one of the most tortured franchises. Of course they're going to lose this game and take this thing to Week 17.

The battle for Sean Payton, who is said to be "keeping all of his options open" as he and the Saints talk about a new contract extension. Even when he loses by getting suspended, Sean Payton also wins because he now has significant leverage over the Saints right now. Payton will win again when he beats the Cowboys, basically knocking them out of contention, resulting in Jason Garrett getting fired and the Cowboys looking for a coach right at the time Payton could be available. Funny how that could work out.

Two teams out of playoff contention, yet this is probably going to be a game you see talked about on ESPN more than many others. That's because Mark Sanchez has been benched and Greg McElroy, not Tim Tebow, is starting on Sunday. The rumor mill now says Tebow wants a trade. Actual news about Tebow means people have a legitimate reason to talk about him. Unlike almost every other time he's mentioned. The circus is always entertaining, and McElroy will not disappoint. 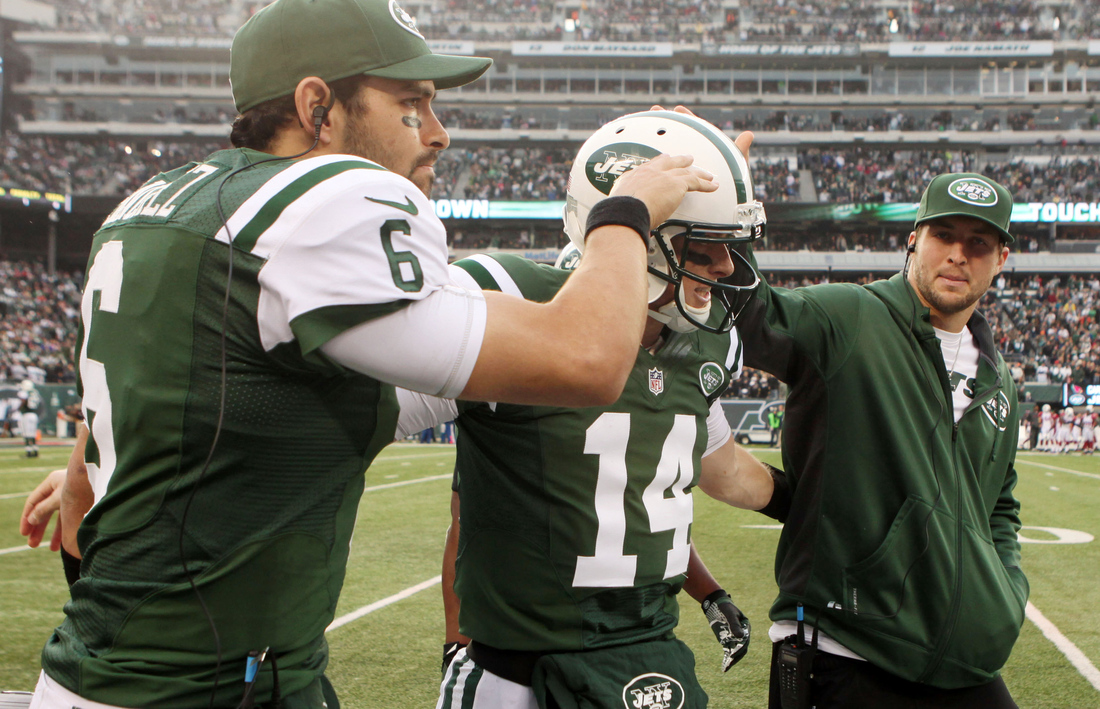 This can totally be one of those WTF games where the Browns beat the Broncos even though there's no good reason they should. Denver has won nine in a row, it is comfortable and it is only playing for playoff seeding now. Cleveland, meanwhile, is one of the league's rising teams, and I really like its defense. I'm not saying that'll happen, and I won't predict that it will, but we see inexplicable results every week.

It's pretty simple for the Bears. They have to win their final two -- at Arizona, at Detroit -- to have a shot at the playoffs. If they can't win in Arizona and Detroit (nine wins between them) then they don't deserve to be in the postseason. Also: obligatory "THEY ARE WHO WE THOUGHT THEY WERE" video since it's Bears vs. Cardinals.

The Giants' backs are against the wall, so everyone knows what that means: They're about to run the table. Don't bet against the Giants in games like this.

What's your deal, Pete Carroll? The Seahawks coach has been doing a little running it up lately with two straight 50-plus point games -- throwing it deep late in one of the games and fake-punting late in the other game. A coach named Jim Harbaugh used to do the similar things while at Stanford, even going so far as to go for two while up by four touchdowns with six minutes left in the game. The opponent was, of course, none other than USC and Pete Carroll, which led to the infamous "What's your deal?" moment after the game. No one's running it up in this one, but San Francisco still walks away with the win.