SB Nation's NFL bloggers voted on year-end awards and Elway, the Broncos executive VP, tops the list for Executive of the Year.

SB Nation's NFL bloggers have tabbed Denver Broncos' John Elway as the Executive of the Year. Considering the season the Broncos have had -- they're 13-2 -- the pick can easily be justified.

Elway's biggest move was acquiring the biggest free agent in history, Peyton Manning, who has been stellar in his time in Denver. Elway also re-tooled the Broncos' defense to the point where they are now a top-five unit.

The Seahawks' John Schneider deserves kudos for Russell Wilson, as does the Redskins' Bruce Allen for trading up for Robert Griffin III, but Elway has taken the Broncos from a team who lucked into the playoffs in 2011 to arguably the AFC's best team in just one year. 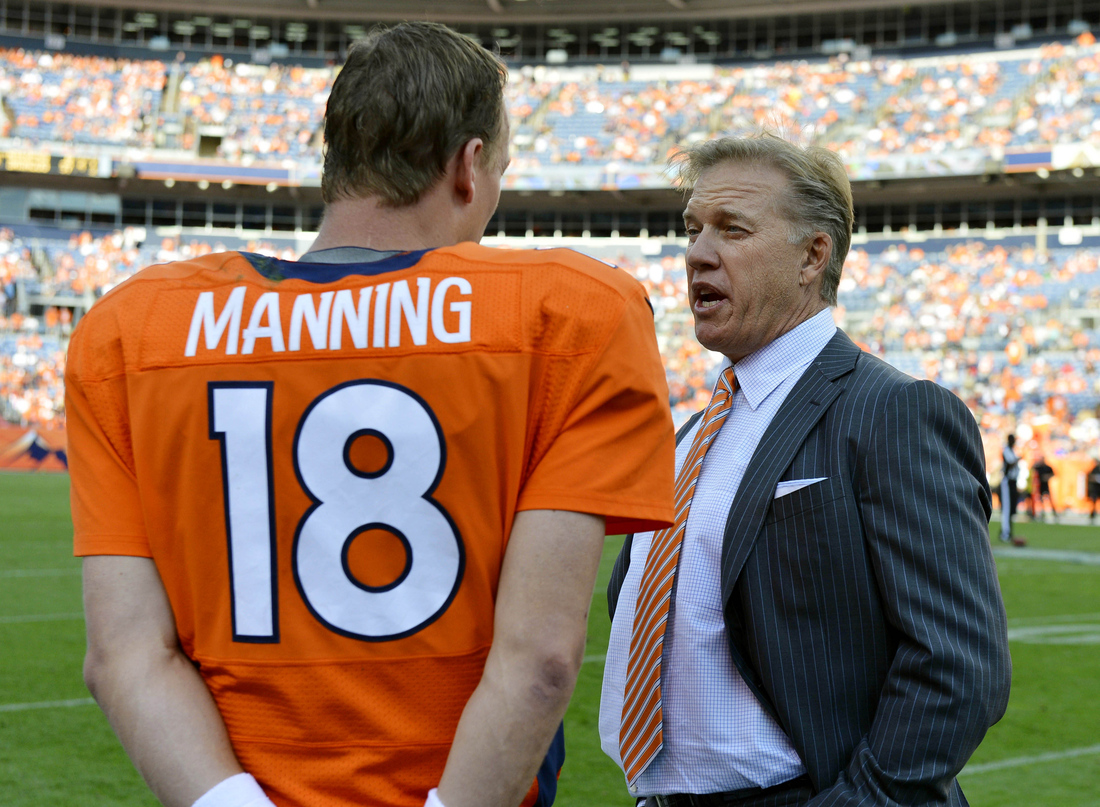 Dawgs By Nature: John Elway lured Peyton Manning. Anyone who has watched Peyton knows that he instantly turns a team into a Super Bowl contender. Beyond that though, the Broncos have a team that is playing lights-out on offense, defense and special teams.

Niners Nation: The Redskins aren't blowing the doors off by any stretch, but Washington's Bruce Allen had the balls to make the deal for RGIII. It is a deal that you could argue worked out great for both teams. The added talent around him and the emergence of Alfred Morris have this team going places.

Bleeding Green Nation: For me, it had to be Bruce Allen or Ryan Grigson of the Colts. Here's the difference -- Grigson inherited the No. 1 pick and made the easiest selection a GM has ever made by picking Andrew Luck. Allen had to pull off a blockbuster to move up and get RGIII.

Behind The Steel Curtain: While Manning has been outstanding for the Broncos, the Exec of the Year award is usually given at least somewhat retroactively. Elway hired the coaching staff, made the drafting decisions of the last two years with Von Miller as the highlight, and retooled the Broncos' entire secondary. The Broncos had the league's second-worst record and were reeling from the Josh McDaniels Disaster. Elway's moves have all turned to gold, and the Broncos are surging into the 2012 playoffs as a legitimate Super Bowl contender.

Bucs Nation: Taking Andrew Luck is easy, but replenishing the overall talent on defense and offense is much more impressive for Grigson.

Comeback Player of the Year