SB Nation's NFL bloggers voted on year-end awards and Manning, the Broncos quarterback, tops the list for Comeback Player of the Year.

SB Nation's NFL bloggers voted Peyton Manning as the Comeback Player of the Year but it wasn't an easy choice. How do you choose between a quarterback who is having an MVP season and a running back who is threatening the single-season rushing record?

The quarterbacks seem to always win these awards, but Manning absolutely deserved it this year. He missed the entire 2011 season, the first missed games of his career, with a neck injury. Multiple surgeries and a free agent deal with Denver later, and Manning is back in the spotlight. 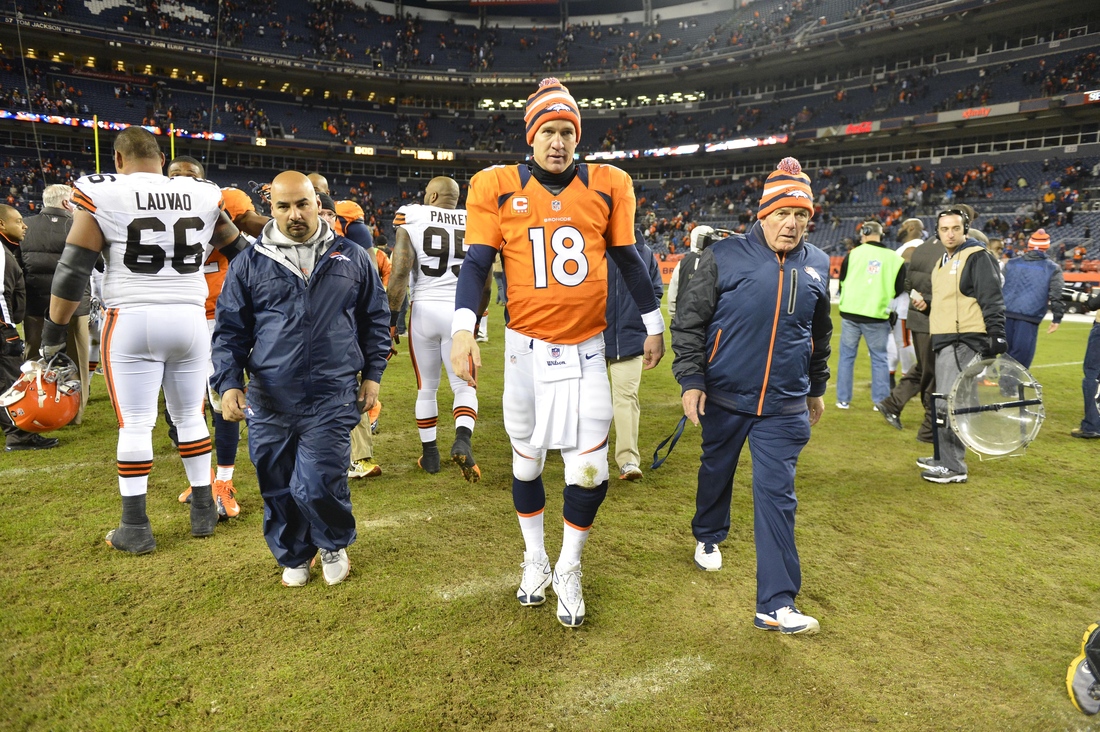 Dawgs By Nature: I feel like this is an unfair race between two players in three categories: NFL MVP, Offensive Player of the Year, and Comeback Player of the Year. Peyton Manning and Adrian Peterson deserve each of those awards.

Buffalo Rumblings: There were people that actually thought Peyton Manning was done. Whoops.

Niners Nation: It's a tough choice between Peterson and Manning, but I just think what AP has done in such a short turnaround is amazing . . . or at least, a notch more amazing than what Manning has done. Could argue for a co- award.

Bleeding Green Nation: Both Manning and Adrian Peterson deserve this, but for me the tiebreaker was that Manning actually missed the entire 2011 season. Peterson was there for 12 games. I get that Peterson has overcome a terrible injury to have a great season, but it doesn't feel like he was ever missing.

Behind The Steel Curtain: A quarterback's neck is important to what he does, but it's not as vital as a running back's knee. This says nothing of the fact Peyton Manning isn't even the best passer this season; Adrian Peterson has no rival running back. And it STILL hasn't been a year since AP tore his ACL.

Executive of the Year