The NFL playoff field features a pair of rematches, two rookie quarterbacks facing off and an emotional return to Baltimore for the Colts head coach.

The NFL playoff schedule is officially set. In the AFC, the Bengals will visit the Texans in a 2011 AFC playoff rematch and Chuck Pagano returns to Baltimore as the Ravens host the Colts. Over in the NFC, rookie QBs will meet in Washington D.C. as the Redskins host the Seahawks, and the Vikings and Packers will play for the second week in a row as they face off in the NFC Wild Card game.

Bengals vs. Texans: The rematch

Rematches are the best. These two teams played in this game at this time last year. Houston won handily, 31-10. SB Nation's Cincy Jungle:

The early storyline for next week's game will feature Cincinnati looking to avenge their 20-point loss to the Texans last year, knocking the Bengals out of last season's playoffs. Yet this time around, both teams are going in opposition directions. Whereas the Bengals have won seven of their last eight games, the Texans have lost three of their last four.

True, the Bengals are hot and the Texans are not. But one other big difference from last year: T.J. Yates isn't walking through that door. And that's good news! The Texans beat the Bengals last year by three touchdowns with then-rookie Yates behind center. Matt Schaub -- ahem, Pro Bowler Matt Schaub -- is healthy and under center this year.

I can't wait to see: How the Bengals' defense holds up against Arian Foster and the Texans running game. Trying to beat the Texans? The place to start is Foster. Limit him, put the focus on Schaub and hope the mistakes keep rolling in. The Bengals have the best defensive line in football. They have the personnel to make life hell for the Texans. 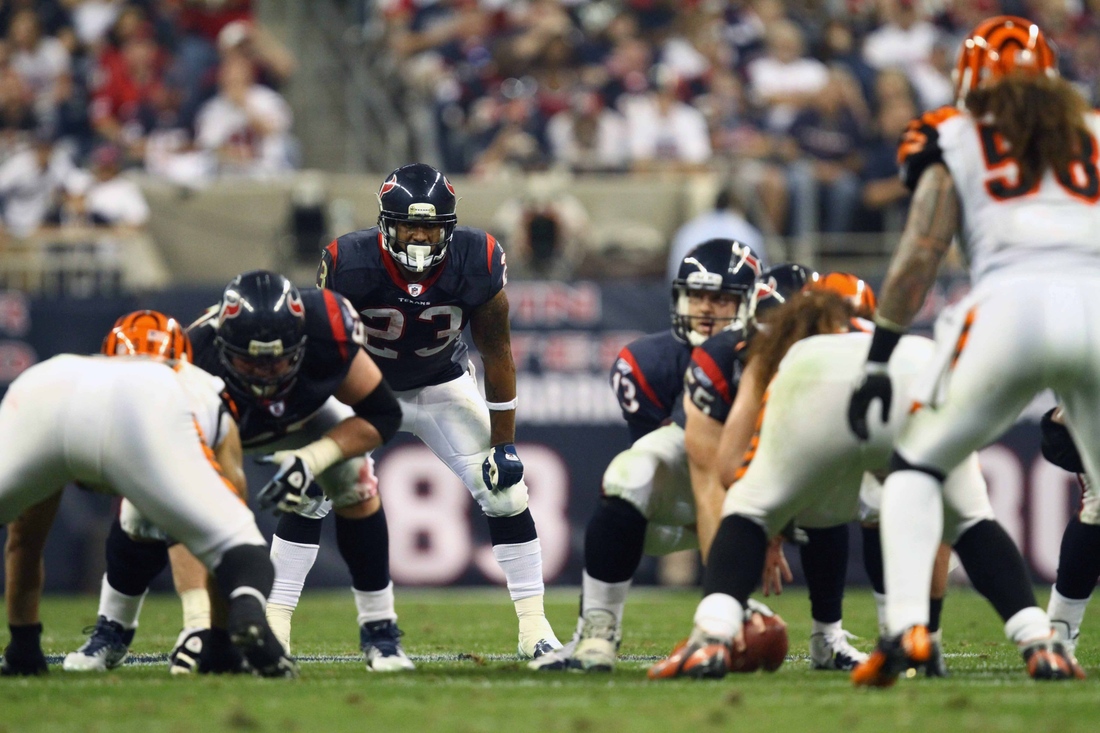 Vikings vs. Packers: The (other) rematch

A different kind of rematch. These two teams met in Week 17, which means they'll go with the rare back-to-back set of games. These two teams didn't meet until Dec. 2. On that day, the Packers came out on top, 23-14. The last meeting, Sunday, was a barn-burner at 37-34 in Minnesota's favor.

The Vikings -- the Vikings! -- are in the playoffs. If that sounds unbelievable, that's because it is. From Daily Norseman:

The man has a point. I'm not saying the Vikings are a better team than the Packers or more equipped for the playoffs than the Packers. They're not. But the great part about the playoffs is that you just need to win one game to move on. Some teams left for dead will rise again.

I can't wait to see: Adrian Peterson against the Packers' rush defense. Sometimes this game is about matchups, and AP has been winning this one. His last two games against the Vikings: 210 yards on Dec. 2 and 199 yards on Dec. 30. That's your key matchup. 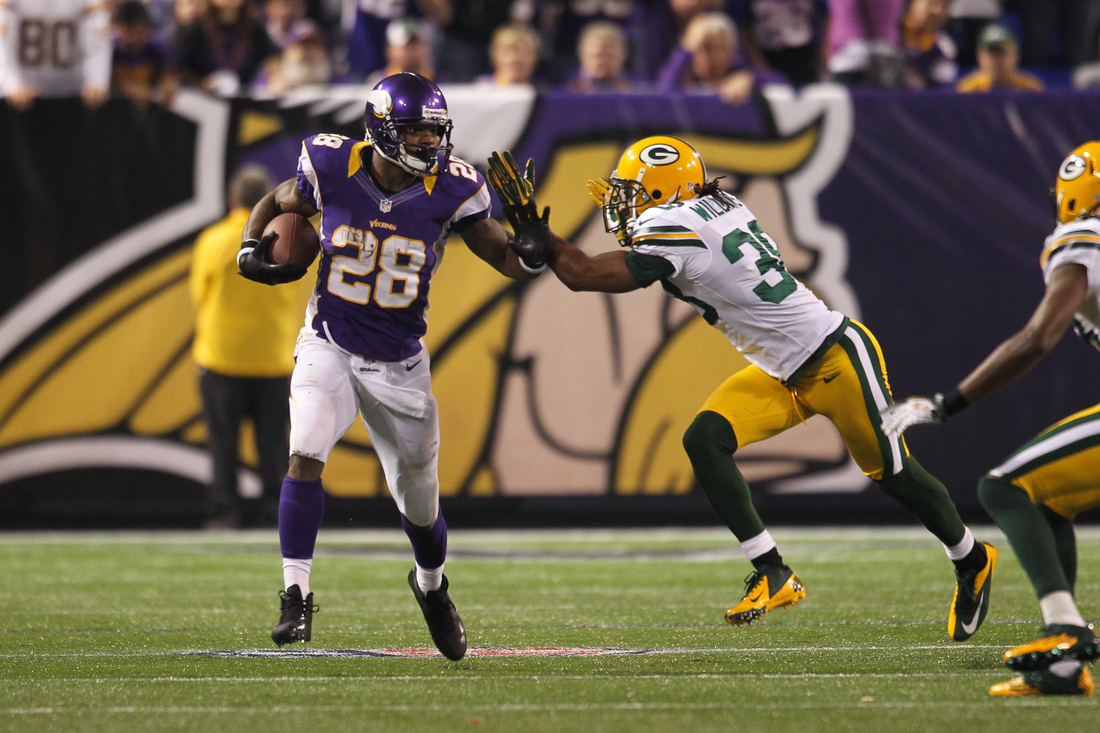 An emotional game will take place in Baltimore. And I'm not sure that's good for the Ravens.

Chuck Pagano, the Colts' head coach who returned last week after being diagnosed with cancer, is a former Ravens coach. He was in Baltimore from 2008-11 and the Ravens' players adored him. Rightfully so, he's a good man. Now the Ravens have to send him home.

The focus in this game may come down to the other Colts head coach -- Bruce Arians, the interim. As SB Nation's Stampede Blue points out, Arians' play calling was critical in the Colts Week 17 win.

Bruce Arians called his best game of the year. Who knows whether or not having the head coaching duties relieved made the difference or whether it was just a brilliant gameplan, or a little of both, but either way it was a great game from Arians. The first half was spectacular play calling and then in the fourth quarter, Arians' 3rd down calls were great - especially the play action pass to Reggie Wayne on 3rd and 2 late in the game. Arians deserves credit for a brilliantly called game and was a big key to the success of the Colts' offense today.

Statistically, the Ravens defense isn't as good as the Texans. But don't tell that to the Colts.

I can't wait to see: Ray Lewis' return. The big fella is back. Lewis, who was placed on IR earlier this season but designated to return, could've come back a few weeks ago, but he's been saving himself for the playoffs. How will Ray Lewis affect the team? Can he push them to a playoff victory? 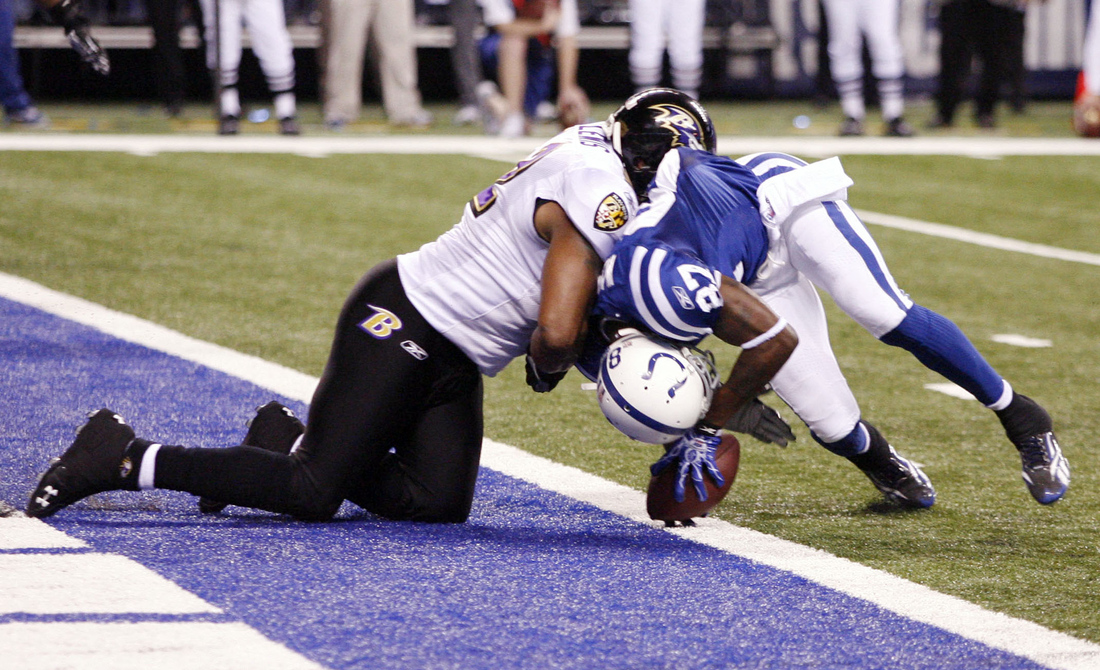 Seahawks vs. Redskins: Battle of the rookie QBs

If you asked me to pick any two NFL teams I'd like to see play each other, it'd be the Seahawks and the Redskins. The Redskins have won seven in a row, with RGIII (and Kirk Cousins!) leading the way. The Seahawks are in another world, winning five in a row and scoring more than 40 points in three of those (and more than 50 points twice).

If this season feels like a dream for both teams ... well, maybe it is. From Field Gulls:

It's been a hell of a regular season, you guys. This team is at least one, maybe two years ahead of schedule and are certainly a squad that no one wants to face. Cherish this, you guys -- the Seattle Seahawks are extremely young, super talented, and have the cap flexibility to keep the team in tact for the forseeable future. 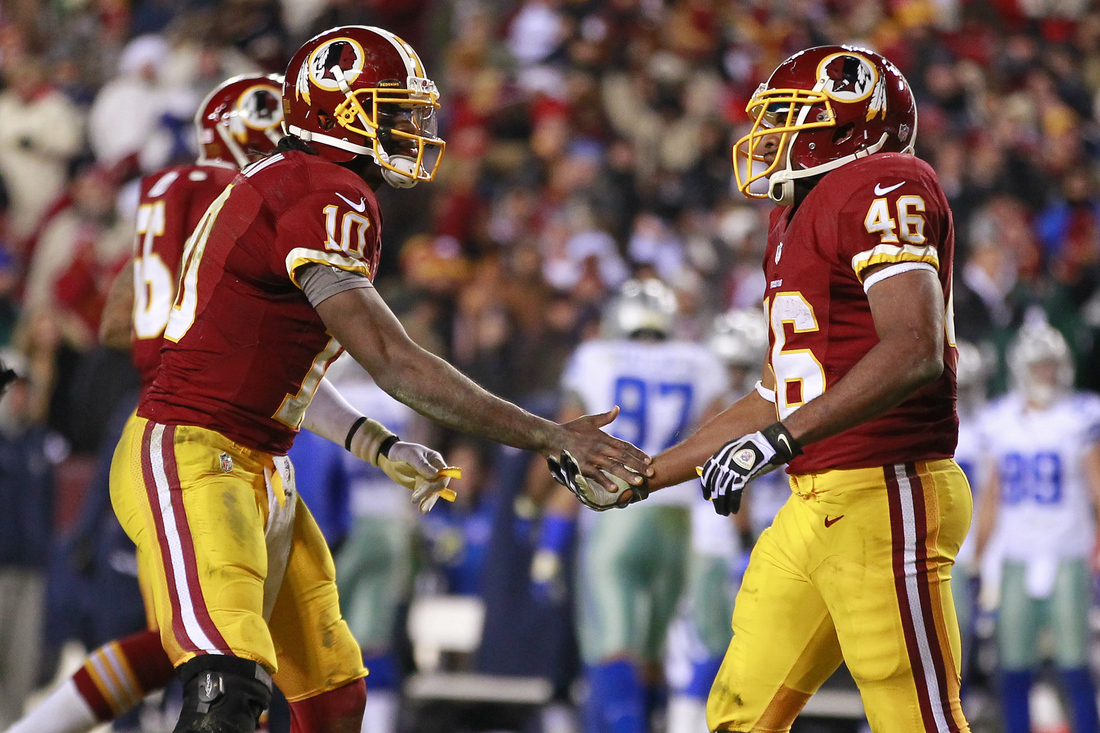