Under Armour has Cam Newton plastered all over its website after the Panthers' star quarterback won the Rookie of the Year Award on Saturday night. But tucked within the link to Newton-themed apparel is a rather unfortunate shirt photo for those who have been around the Internet a while. The idea is nice and all, but this seems like it'll become a meme or a source of mockery soon.

The shirt appears to be a spin-off of a certain freak website commonly used as a prank years ago. The website had a name that should've been an immediate tip-off and contained a vomit-inducing photo. Anyone who's been around the block will understand. 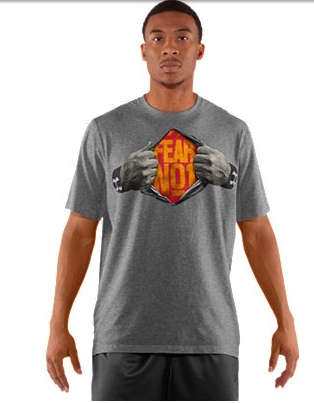 Pretty much no way I'd wear this around public and I like Cam Newton. But that shirt design? I guess it's kind of like a Superman thing, but I can't help but think of ... well, you probably know.