Subway has paid tribute to the presumptive No. 2 pick in the draft by building a sculpture of Robert Griffin III. The sculpture, naturally, is made of sandwich ingredients.

I have plenty of things to say about this. A photo of the sandwich sculpture, as well as my indispensable reflections on the matter, are after the jump. 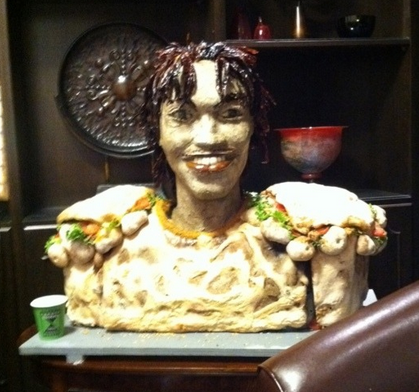