Nike is the new uniform and apparel provider of the NFL and they will be unveiling the new uniforms and jerseys on Tuesday morning at 11 a.m. (ET). Most teams won't see a change in their uniform color scheme or logo but some, like the Seattle Seahawks, are expected to see changes.

But it's not just the uniforms that we're waiting on. It's also the other apparel like shirts, sweatshirts and shorts. Team websites have been selling these since Nike got the NFL contract so they're not completely brand new. ESPN's UniWatch has passed along a few pictures of some of the new apparel, like shirts and shorts, but my favorite has to be the gloves. Here's a shot of them while we wait on the first look at the jerseys: 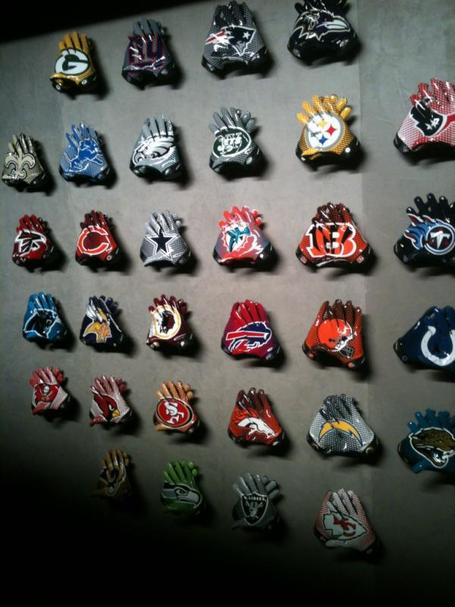 Here's a shot of the new sweatshirts and shorts: 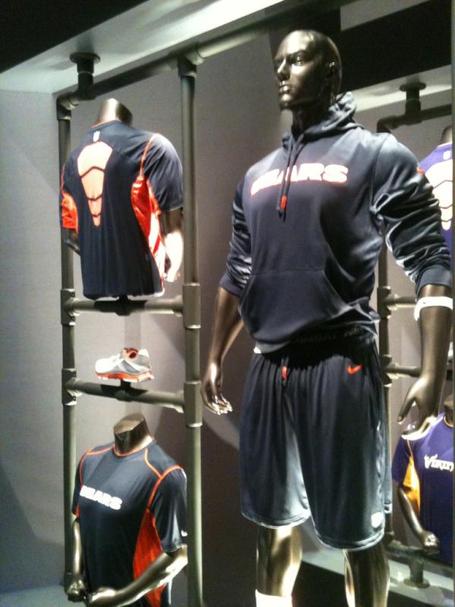 A player from all 32 NFL teams is in attendance in New York for the unveiling so there will be photos of the new uniforms. The color schemes for most teams won't change but the technology of the actual uniform is different so there will be slight changes.