Nike is unveiling its new NFL uniforms on Tuesday, and some images of the new uniforms have already began to leak out. One uniform in particular that was shared on Twitter by the Jacksonville Jaguars official account shows the team's teal uniforms with no drastic changes at all. 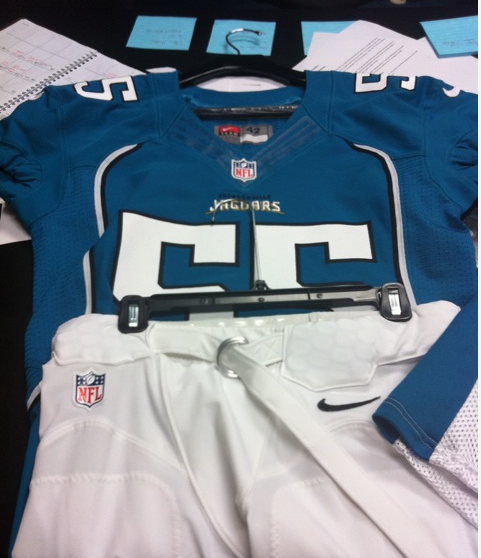 The biggest change on the Jaguars' jersey for 2012 seems to be replacing the Reebok logo with the Nike Swoosh, but the team also plans to have a complete uniform overhaul for the 2013 NFL season, completely re-designed by Nike. The Jaguars will also have black alternate uniforms in 2012, with talk of potentially going with black as their dominant color with the new jersey in the 2013 season.