Chris Cooley has been rehabbing a knee injury for a few months now, and Redskins head coach Mike Shanahan has commented a couple of times on his progress. Now we have some photo evidence of what Cooley's doing in his downtime, courtesy of Mr. Irrelevant: 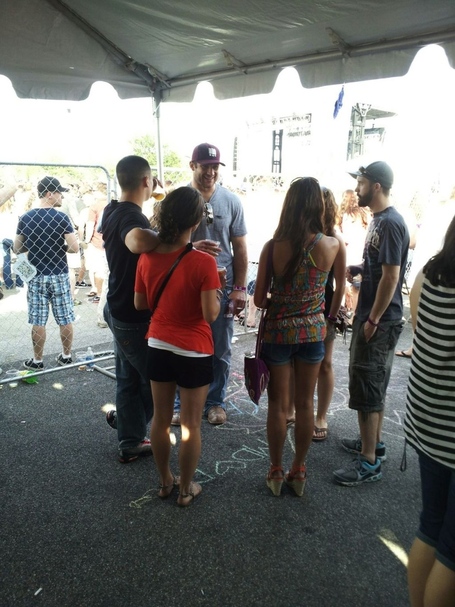 Yes, that's a cig in his left hand.

I'm not sure what's better -- an NFL player smoking cigs or the Twitter handle which brought us this photo, @BobbyBronilla.

Anyone know of other NFL players that smoke cigarettes?