The Year 2028: Peyton Manning And Ryan Leaf In Letters

Share All sharing options for: The Year 2028: Peyton Manning And Ryan Leaf In Letters

All excerpts from upcoming feature "The Oral History Of The Pancake Man: Is A Legendary NFL Failure Living With The Bears In Yosemite?" Available next month in the June 2028 Edition of Outside Magazine.

I saw him below me first. Halfway up The Nose, the world turns to pixels, but he was a broken, flickering spot on the screen. He stood out.

I could tell you what the others wore before I even got into sight. There were college students out there for a lark, clad in Arcteryx, Mountain Gear, expensive, water repellent fabrics, well-sewn seams and easy, unjammed zippers purchased with someone's money. The junior dirtbags were probably shirtless. If they were French they wore bike shorts, and if they were American they wore cutoffs or old cargo shorts. Spectators wore the lumpen clothing of tourists. They look the same everywhere.

I never knew what he would be wearing, though. He fell into clothes like he fell into the next day. He wore what he found, and what he found was both strange and ill-fitting. Once he met me at cliffside wearing a gigantic bathrobe. Another time he belayed me on a single pitch top rope wearing a bathing suit, parka, and long wool socks. His shoes were tragedies with laces. His lone sweater took on a life of its own, less a pattern of wool bound together by thread, and more its own lifeform capable of conversation, emotion, and long spells of depression.

His sweater emoted for him. I could see it on days when the sun shone bright but the wind whipped around El Cap, a shaggy green dot at the bottom with a face in the middle. A sasquatch needs its fur, and that was his through all four seasons at Yosemite. 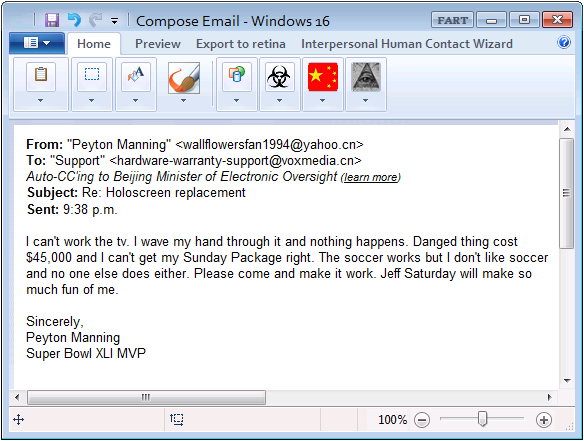 For a long time we called him the Pancake Man. He crashed the cafeteria for leftover pancakes at first, snatching them from the garbage cans or stray trays. Pancake thievery is an art at the Yosemite cafeteria, but he was no artist. More than once he just lumbered up to families, sat down with them, and started chatting and eating. More than once, no one had a problem with this.

After a while the staff left a few out for him by the back door. They still do this, as far as I know.

He never "worked." He did things, sure. In the morning he would fall through a random string of scavenged clothes found on his drying line, walk to the Meadow, and find his companions for the day. Those who knew him usually invited him along, and with reason: he could belay, he could scout, he knew the beta for every crack on the wall. If you wanted to boulder, he would catch a falling climber with paws big enough to palm a bowling ball and strong enough to hold one.

He caught me once on an overly ambitious clamber up the first pitch of a climb. It was like falling into the arms of an ape passing as human: he barely flinched despite catching me from a good 20 feet up. I was little more than a medicine ball thrown from a gym roof to him. He smiled, and then pointed out the spot where I'd slipped. It was a pivot move, and I had completely missed it.

"It's footwork and weight transition. Just shift right, hold it with your knee, and then get ready for the off-width."

"How the hell do you remember all of this?"

"Easy. I don't have to do it, and routes don't move." He smiled, the gap in his teeth somehow accenting his huge, goofy smile. "They never, ever move on you." 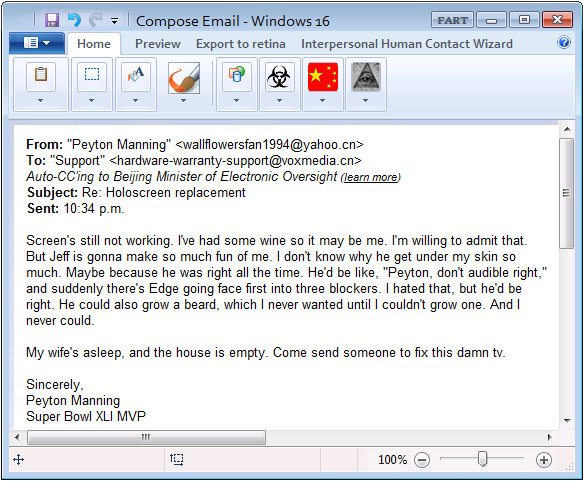 He never climbed. He'd scramble around the bottom of the cliffs, sure, but he wasn't putting on a harness. "Oh no, no f'n way. You guys are nuts," he said once when we were prepping for Mescalito. "You could get hurt. Hurt bad. I'm not doing that, ever. But I'll watch."

He would, sitting at the base of the canyon. He'd coil rope with those giant hands, or bring water from...well, I probably don't want to think about it. He shared water sources with bears and mountain lions, and his intestines had to have flora capable of robbing liquor stores in their spare time. He would do this for lunch, though the contract for his help was never explicit. He just showed up, and you just accepted him.

I didn't know about his former life, or would have guessed it. I always thought of...meatheads, I guess. people who had no understanding of risk, when I thought of football. I was wrong, and I know that now. If we camped, he would never stay late, sitting with us by a summer campfire, just listening to us talk about these things we assumed blew his mind. His eyes would widen, and every dicey moment in a story seemed new and unstained by the fatigue of a thousand other climbing stories.

This is the point in the story where I'm supposed to tell you he was a Buddha, and that he was some kind of elder statesman bent on making all of our lives better with his wisdom or something. He wasn't. He'd just nod, and say, "That's cool. So freaking cool."

Then he'd go sleep wherever he slept. I like to think it was a cave somewhere, but I've done that. You've always got company in a cave: rats, mice, squirrels, bats, and sometimes bears. He didn't want company when he slept. 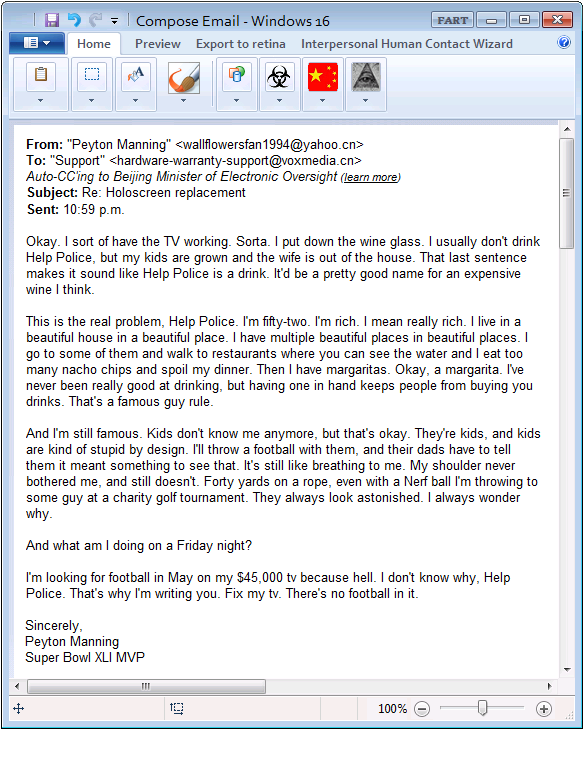 I never saw him drink. I never saw him get high, either, though we always offered. He got really silent when we asked him once, and that...you know, it kind of tells you what you need to know? I'm not judging, and he won't. He had prison tats, the bad blue kind done with a pen and a needle. We knew he'd been through something.

I did see him eat an entire jumbo tin of cashews once. It was like watching a badger wreck a beehive.

--"Django," who refused to give his real name, climber, Yosemite. 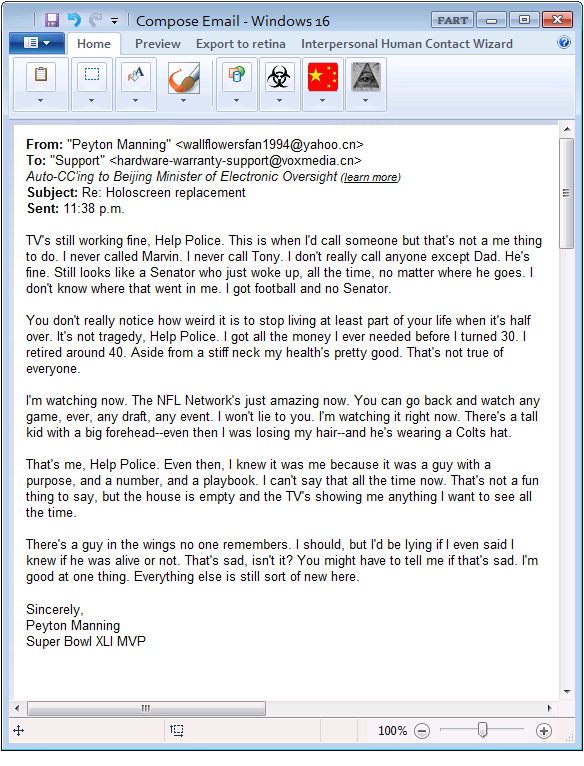 One day, I dunno, he just got curious. "What's it like? You know, up there? In the bivy?" He meant the little tent you secure to the wall for the worst night of sleep of your life. We had a day or two in either direction, and it was late in the season so the traffic was light and local.

So I took the Pancake Man up to the wall. I used jumars and rope ladders, mostly, and pitched the thing on a good sized ledge about 200 feet up. Baby steps, relatively speaking. He was a little pale on the way up, but he was also impressed. "Wow" was about all he was capable of saying, which is more than most people the first time you get them 15 stories in the air and ask how things are.

He decided he wanted to spend the night up there. I let him. You can't--here's the thing. At the bottom, when you start, there's so much to worry about: the route, carrying your gear, getting your steps right. That's with kids. They're so worried about all the right stuff, and whether your friends are watching you that they forget they're not tied into the rope. That's how you watch people fall. They've never seen something like El Cap or Half Dome.

I'm too old for that. I just wanna make sure you're tied into the rope, and then the rest is on you. You fall, fine. Just make sure you're anchored into something so we're not picking you out of the trees.

So I get the Pancake Man up there. The sun's creeping down, and I'm going to rappel to ground. He stops me.

I told him he was the Pancake Man. I didn't know him as anything else.

"No. Just the Pancake Man."

He smiled and crawled into the tent.

He especially seemed to enjoy that moment. He also liked peeing from the side of a mountain. Everyone does. 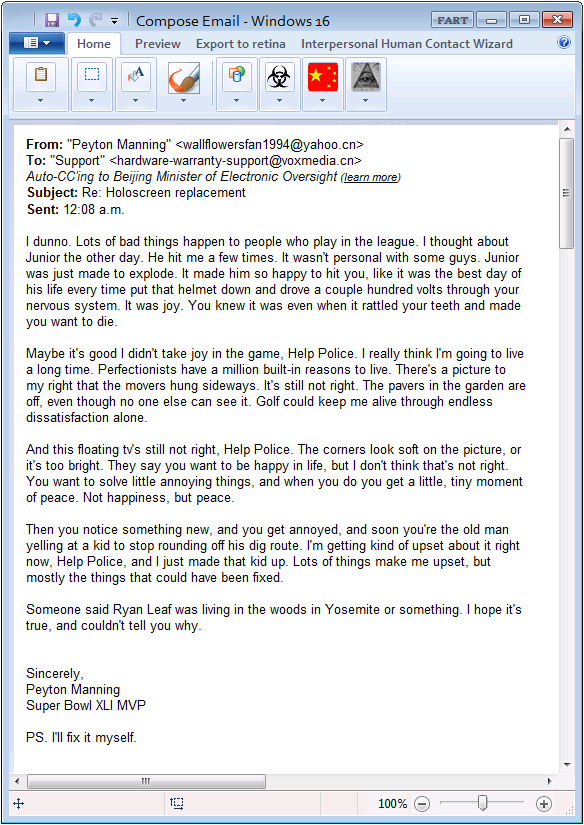 He's still around, though. Saw him last week taking a bath in the lake. Palest man with the worst sunburn I've ever seen. He said hello, and then swam off like Sasquatch on vacation. That's happy, I think? Isn't it? That's what we want here? Then I'll say he was happy.