Warren Sapp Is Here To Sort Out All Your Domestic Disturbances

Share All sharing options for: Warren Sapp Is Here To Sort Out All Your Domestic Disturbances 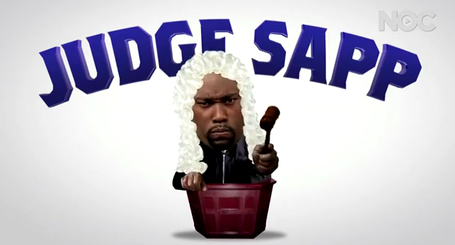 You may not have heard that Warren Sapp has a new web-based reality show called "Judge Sapp", but he does. That show exists and it's every bit as ridiculous as it sounds. In Episode 2, Craig is suing Monica for $1,600 after she moved out without paying rent, but Monica claims she didn't owe him rent because she was having sex with him.

You can watch an episode here, and below, you see Warren Sapp's face after Monica tells him that "he proposed to have sex with me in exchange for paying rent." 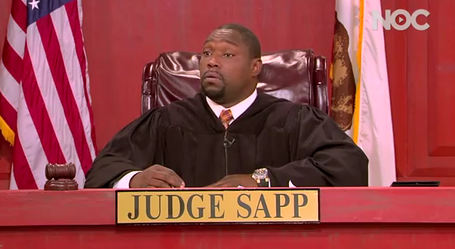 This may seem like a depressing "Where Are They Now" reality check with a Hall of Fame candidate like Warren Sapp (he declared bankruptcy back in April), and yeah, it's definitely that. But then at the same time... If Warren Sapp somehow becomes the new Judge Judy of daytime TV, that would be pretty awesome, right? Here's Sapp when he finds out that Craig had been looking for a roommate with "benefit type situations." 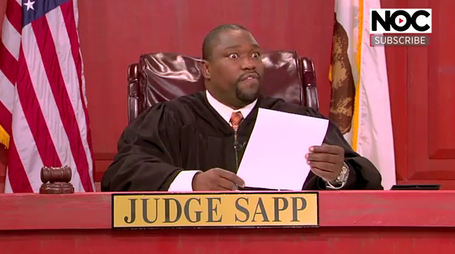 On the other end of the spectrum... Today I read this paragraph from about Terrell Owens and it kinda ruined my afternoon:

Like I knew that happened, but to be reminded and see it spelled out that way was all just hard to stomach. So yeah, don't feel bad for Sapp. Things could be a lot worse for an ex-superstar. 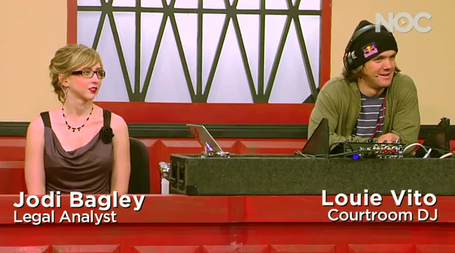