Jon Bois and Spencer Hall went on a mission to come up with the worst Super Bowl halftime shows possible. Unfortunately, they were successful. Here are the 14 worst they could think of.

Bob Dylan opens solo with an acoustic version of "The Hurricane," dragging the audience through all 17 verses of the song to a flamenco beat. Lady Antebellum joins him for a moving reinvention of "Need You Now" where Dylan just toodles all over the damn place with his harmonica. At the very end, Skrillex hits the "OH MY GOD" sample from "Scary Monsters and Nice Sprites," drops the beat, and then a million cans of new Chipotle flavor Sprite Zero are parachuted into the stadium. Dylan reappears wearing a neon Sprite Zero Chipotle Flavor cycling jersey. LMFAO jumps around on stage. Everything is horrible.

Canada's songstress of the century opens with a sizzling version of "I Drove All Night," but then gets down and dirty in a duet with Jonathan Davis and nü-metal gods Korn on "Freak On A Leash." (And Celine SELLS it like her life depends on it.) Lee Greenwood emerges through a subterranean hatch, sings "God Bless America." Stage massive flyover finale while Greenwood accepts gigantic charity presentation-sized check and jets away to Krakow to sing "Proud to be a Polanderican" at a soccer match.

Be warned: this actually stands a five percent chance of being unbelievably awesome. Nah, never mind, don't click that, it's terrible.

Usher celebrates the Nth anniversary of the Macarena with the fathers of the world's most popular dance. He then sings his new song about that time he cheated on a girl, but also how you should give him credit because he's being honest about it. Actually, you're being a dick about the whole thing by being mad anyway, girl, and now here's Patrick Swayze's hologram singing "She's Like The Wind." You know who probably killed Patrick Swayze? Some girl complaining about him keeping it real, that's who. Deuces. [drops mic]

After Radiohead agreed to perform, Jack Johnson leverages his connections to oust Greenwood and step in as the band's guitarist. They play Treefingers and Johnson actually sings f***ing lyrics to Treefingers, transforming it into a song about spilling Michelob Ultra all over your cargo shorts, but it's okay because you're with your friends and you're having a good time.

Colin Greenwood tries his best to play for a while, but just bursts into tears three minutes in.

All day staring at the ceiling

Making friends with shadows on my wall

All night hearing voices telling me

I HEAR THEM IN MY HEAD

That I should get some sleep

And I don't know why

RYDE OR DIE WHAT YOU WAAAAAAAAANT---

This is a 50-person supergroup, comprised of every purportedly "underground" act whose albums were displayed on that special endcap at Target and sold for $5.99. FeFe Dobson. Default. Vanessa Carlton. Stereophonics. Pressure 4/5. Mudvayne. Lostprophets. Drowning Pool. Want us to keep going? John Mayer, back when he was visually indistinguishable from David Carr. X-ecutioners, via that single they did with Linkin Park. Stone Sour.

All playing their most well-known single, all at the same time. We as a culture ought to be made to pay for what we did.

The hand of God reaches from the sky, scoops up the band, and places them on the rooftop of an area T.J. Maxx with a backpack full of sandwiches. A thundering voice is heard from overhead: "OK, gig's up, but seriously. That's the only time I'm doing that.The only time."

Two minutes of stunned silence from the crowd. Then God speaks again. "Ugh. I mean, over here I made Jupiter. It didn't produce life, but it didn't make 'Maladroit' either. You two are even-Stephen as far as I'm concerned. Even f***in' Stephen."

They only do one song for ten minutes: "Cruel Summer." Drake's verse: "Ridin' round in shorts with no shirts/ summer/ ridin' like it's back in oh-two/ Hummer." None of the members of Banarama are original, and are in fact Chinese actresses hired to lip-sync the lyrics. They are returned to their factories in Zhejiang shortly after the performance.

Also features Richard Kind working the rain stick they used to sell at the Natural Wonders store in the mall, and somehow doing a terrible job. You don't know who Richard Kind is? Oh, yes you do: 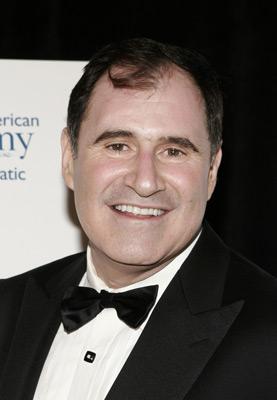 David Blaine is at stage front performing magic tricks, but they're all shitty ones. Just pulling nickels out of his ear and stuff. At one point, he picks a playing card from a deck, holds it aloft and sets it on fire with a cigarette lighter. It is unclear whether this is supposed to be a trick. 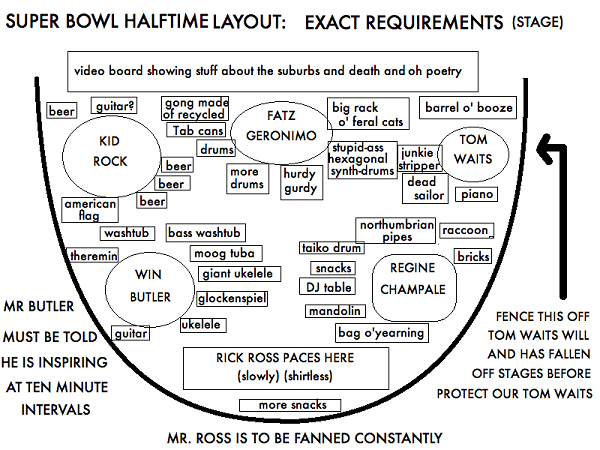