Which NFL games should be watching in Week 2? SB Nation is here to help you decide.

Share All sharing options for: The Game Plan: Ranking The NFL Week 2 Matchups

The 2012 NFL season is in full swing and entering its second week of action. Things always seem a little off between the first two weeks of the season as trends have yet to really establish themselves. Also gone is the excitement of kickoff weekend, when every game on the schedule looks interesting.

In our continuing efforts to help fans choose the most efficient routes for their football consumption, here's an ordered list of the NFL games worth watching in Week 2.

If you subscribe to the notion that the universe is, ultimately, an orderly place where natural actions lead to rational outcomes, this game will be a true test of your faith. Somehow, the Jets scored 48 points last week. Mark Sanchez sits alongside Peyton Manning and Matt Ryan on the quarterback leaderboard. But reality should set in against the Steelers' defense, right? Maybe not. The Jets have won their last two games against the Steelers. Sanchez has 403 passing yards, two touchdowns and no interceptions in those two games. Putting more chaos into the mix is the presence of The Tebow, who the Steelers are all too familiar with. Football's very own Golden Calf that will ride onto the field on a gold trimmed velvet saddle blanket draped across Tony Sparano's back.

Two potential Super Bowl contenders meet Monday night on a network that spent most of the last eight months featuring Denver's former quarterback. This has the potential to be a very good football game, even if it is unjustly hidden away on what used to be basic cable. Atlanta finally looked like an elite team last week as the deadly duo of Matt Ryan, and Julio Jones took practice reps against the Chefs. Von Miller had two sacks last week for the Broncos and will test whether or not the Falcons' offensive line is championship caliber. Peyton Manning has an easier go of things since the Falcons are now without Brent Grimes for the season.

Green Bay lost last week to the 49ers. Wisconsin has not seen a crisis of this magnitude since a truckload of Bubonic plagued Shotz beer hit store shelves (the result of Shirley accidentally dropping an examination glove into the fermenting tanks after doing a favor for Squiggy). A loss at home to the Bears could imperil the entire state, not to mention the early NFC playoff picture. All the concern may be for nothing. The last time Aaron Rodgers played the Bears, on Christmas last year, he threw five touchdown passes in his fourth straight win against Chicago.

Andy Reid's quest to be the first head coach fired this season continues against a Super Bowl-or-bust Baltimore Ravens team. If Michael Vick threw four interceptions against the lowly Browns, imagine the possibilities against the Ravens' defense and Ed Reed, who leads the NFL with 58 interceptions since 2002. The matchup to watch here is the emergent Joe Flacco versus Philadelphia's secondary. How he performs against that group will be a good barometer to whether or not the Delaware product is on the verge of a breakout year.

Eventually, Jim Harbaugh is going to be the first NFL head coach to explode on live television. He'll scream "bull crap" one last time just before tiny bits and pieces of scorching hot anger land on stunned spectators. And it just might be the tensile strength of Jim Schwartz's handshake that does it. Alex Smith has 19 touchdowns and three interceptions in his last 11 home games, and Detroit's secondary could make it easy for him to add to those totals.

Both Drew Brees and Cam Newton probably ruined someone you know's first week of fantasy football with their so-so performances in Week 1. Both quarterbacks did top 300 passing yards, but both also threw a pair of picks in disappointing losses. Expect a rebound this week in a game that could be a real shootout. New Orleans' defense was completely outmatched by RGIII. A focused Cam Newton should run and throw his way to bigger numbers this week. He already has 16 touchdowns against NFC South opponents. The last time these two teams met, Drew Brees threw five touchdown passes. If you believe that the best NFL games are the ones with the most offense, then this is must-see TV while you wait for the NBA to return.

Brandon Weeden is aging faster than anyone could have predicted. Working for Pat Shurmur and Mike Holmgren would do that to even the most virile young man. Bengals' receiver A.J. Green will be free of Joe Haden, who is suspended because he forgot a note from his doctor. That means Green should be able to add to his already lofty totals, 151 yards and a touchdown on four catches against the Browns. Cincinnati will get back track, and Jimmy Haslam will think about the small Caribbean island he could have bought with that extra billion. 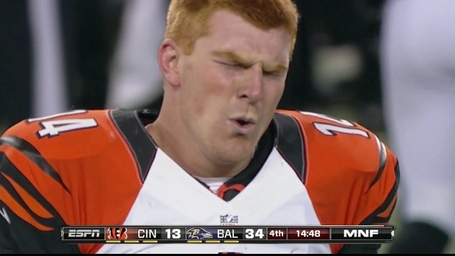 Chan Gailey will trot out Ryan Fitzpatrick, who threw four touchdowns when the Bills stomped Kansas City last season, in the hopes of giving his old team another a reminder of what he could have done with Matt Cassel. Nobody really cares about a pair of noodle-armed quarterbacks. Fans are really waiting for both of these defenses to play as well as they look on paper. Mario Williams et al did not record a single sack in last week's thrashing by the Jets. Kansas City had one against the Falcons, and will be eagerly awaiting the return of Tamba Hali.

In case you were wondering, Adrian Peterson is just fine, and that figures to be a big problem for the Colts. Andrew Luck will be the most talked about player in this game, and a matchup against the Vikings' secondary makes for an easier foe than the Bears. The key for Luck is keeping Jared Allen out the pocket. This could be a good chance for the first pick in the draft to get a little buzz of his own before RGIII sucks all the oxygen out of the room.

This was supposed to be a soft landing for Robert Griffin III after a tough opener in New Orleans. Things have changed since then. RGIII now has to face a secondary that picked off Matthew Stafford three times last week. Head coach Jeff Fisher has done a nice job cleaning out the wreckage left by Steve Spagnuolo and Billy Devaney. Washington's defense is the key here, matching up Brian Orakpo and Ryan Kerrigan against replacement tackles Wayne Hunter and Barry Richardson. Oklahoma physical rehabilitation centers have already been preparing for Sam Bradford's Monday arrival, assuming he can be moved by then.

Is this a home game for former Rutgers coach Greg Schiano? It is kind of, especially when you consider just how many Scarlet Knights he has on his roster. No matter, because it's a home game for the Giants, too. Eli Manning has five touchdowns and no interceptions in his last three games against Tampa Bay, all wins.

Whoever planned Houston's early schedule, with an opener against the Dolphins and Week 2 trip to Jacksonville, must have Arian Foster on their fantasy team. The Jaguars will at least have Maurice Jones-Drew as their featured back in this game. Last season, he totaled 166 yards from scrimmage in a 20-13 loss to the Texans. 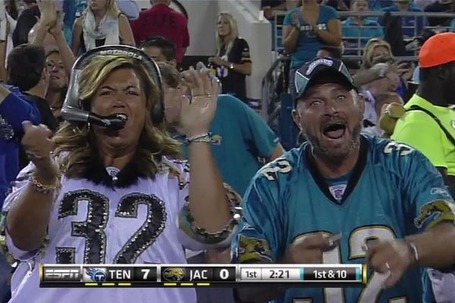 New England is on a 10-0 run for its home openers, a number that should sit at 11-0 by 4 p.m. on Sunday. Bill Belichick takes nothing lightly, not even Kevin Kolb and the Arizona Cardinals. There are unsubstantiated rumors floating around of a man in a hooded sweatshirt sending notes of encouragement to Arizona's offensive linemen, pumping up their confidence only to make destroying it that much more entertaining.

Tony Romo has three straight wins against the Seahawks, throwing eight touchdowns and just one interception in those three games. That includes two touchdowns in a 23-13 win over Seattle last season. Pete Carroll, in preparation for this game, has been making his players listen to his motivational tapes, the same prescription that aided Russell Wilson's coming out party as the preseason's little engine that could.

The Chargers will probably be without Ryan Mathews again this week. It probably will not matter. Philip Rivers, Antonio Gates, and Malcom Floyd should be more than enough to pull away from the Titans. Chris Johnson, who lost the right to be called CJ2K with his four rushing yards on 11 attempts last week, will be under the most scrutiny. San Diego held Darren McFadden to just 32 rushing yards last week, which could mean another rough week for the Tennessee running back and its woeful offensive line. 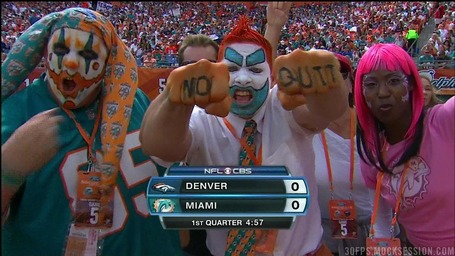