SB Nation accurately predicts every Week 2 NFL game. Or something like that.

Share All sharing options for: NFL Picks Week 2: These Predictions Can't Be Wrong!

Week 2 in the NFL gets started with the Chicago Bears and Green Bay Packers on the first edition of Thursday Night Football of the year. That isn't the only big game of the week though -- the Jets visit the Steelers, the Eagles host the Ravens and the Falcons and Broncos will meet on Monday Night Football. Below, we attempt to accurately predict those, and every NFL game this week.

What a Thursday night opener. This is one of the best games of the year with two teams that have plans to make a deep playoff run. The Packers lost last week and I can't imagine them going 0-2 on the season. Aaron Rodgers is too good, with or without Greg Jennings.

How long can I go with my prediction that the Jets will crash and burn this year? They looked mighty impressive against the Bills last week with a whopping 48 points on offense, the same offense that didn't score a touchdown until the final preseason game. All that said, I'm rolling with Pittsburgh at home in this game. The Steelers are the more complete team at this point.

SB Nation's NFL bloggers picked Baltimore to represent the AFC in the Super Bowl and I agree. For the first time perhaps ever, the Ravens' offense is better than the defense. They're the complete package and they can and will handle an Eagles team with holes on it. 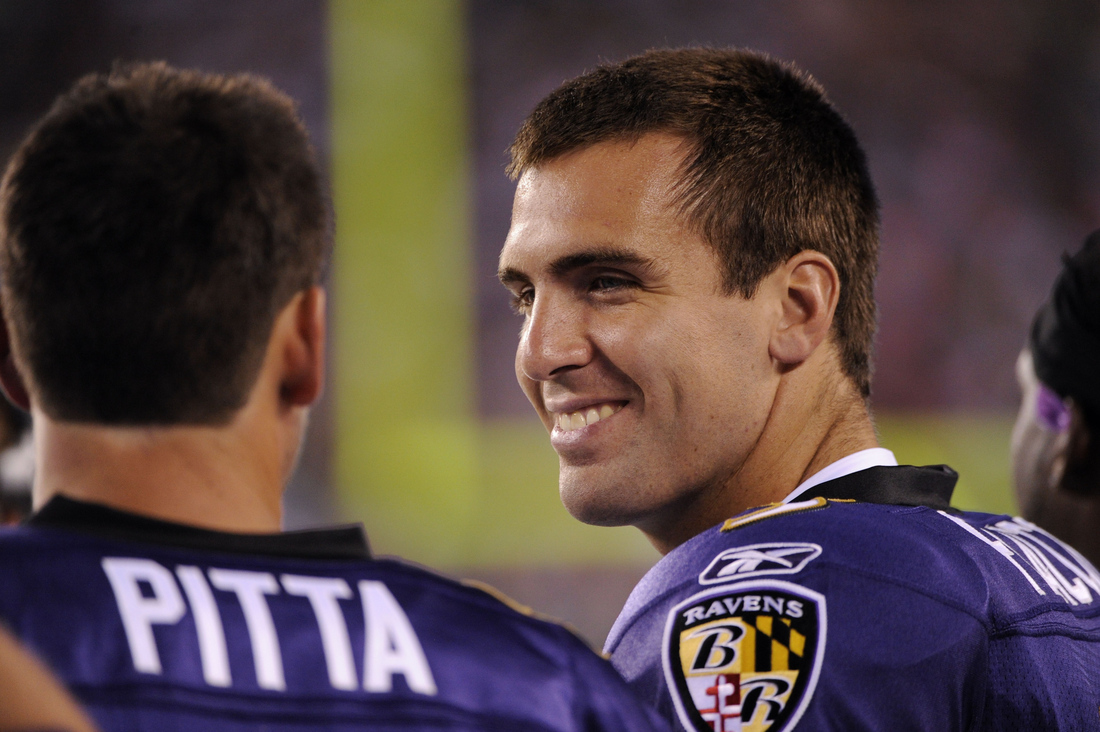 The upset special of the week. Carolina passed the ball way too much last week. This week they get back to doing what they do best and that's controlling the game on the ground with Jonathan Stewart and Cam Newton. The Saints are 3-point road favorites in this game but they're headed to 0-2 after this week.

Cincinnati ran into the Ravens at the wrong time last week. They're a better team than that thrashing suggests. Look for them to rebound against a Browns team that, while impressive in a loss last week, has a lot of work to do offensively. Brandon Weeden's 5.1 quarterback rating is evidence of that.

This is a difficult game to predict. The Chiefs and Bills are in similar situations, beat up with injuries to key players and coming off a season-opening loss. Look for the Chiefs to try and control this game on the ground with Jamaal Charles and Peyton Hillis. That's what they do best and they'll be even more successful than their 152 rushing yards last week. (Yes, I'm a Chiefs fan so consider that bias.) 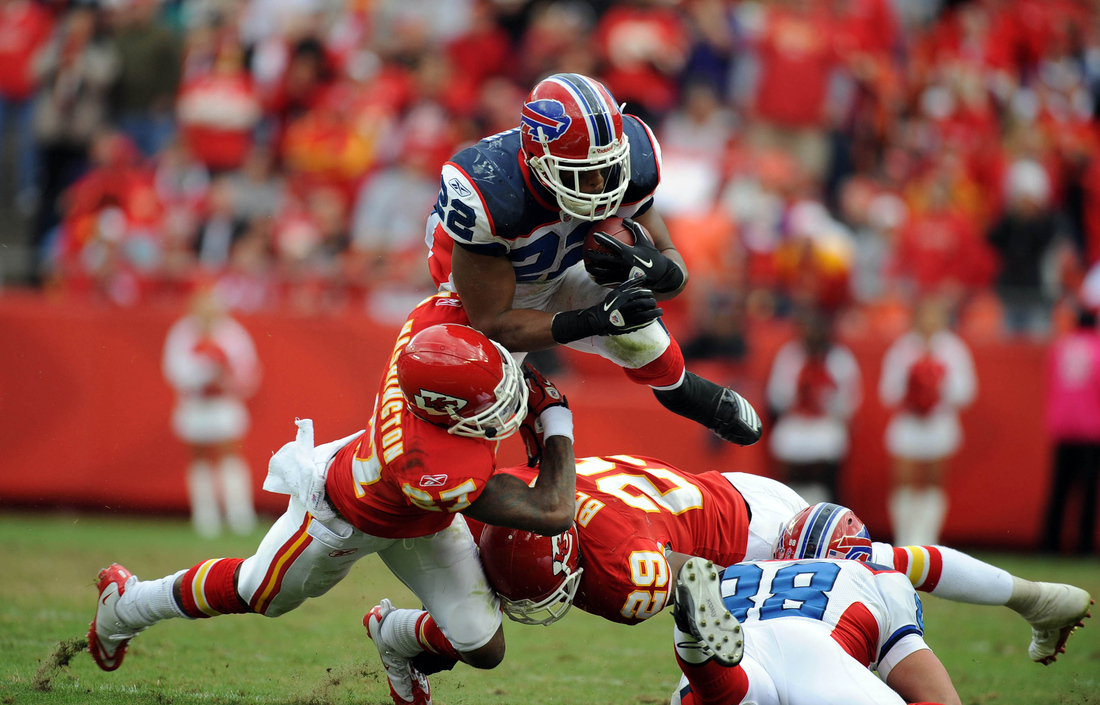 The Colts passed the ball 45 times in their season opening loss. That can't happe again. Andrew Luck needs support in the run game, especially early in his career. His connection with Reggie Wayne spells good things though. The Colts' balanced offensive attack will hold off Adrian Peterson and the Vikings.

The Redskins have a quarterback that everyone loves and they're a 3-point road favorite. When's the last time that happened?

I hope we didn't overrate the Giants like the commenters in our Week 2 NFL power rankings suggest. Eli Manning and the Giants' offense will take an early lead, which will lead to Justin Tuck and Jason Pierre-Paul pinning their ears back and making Josh Freeman's life miserable. 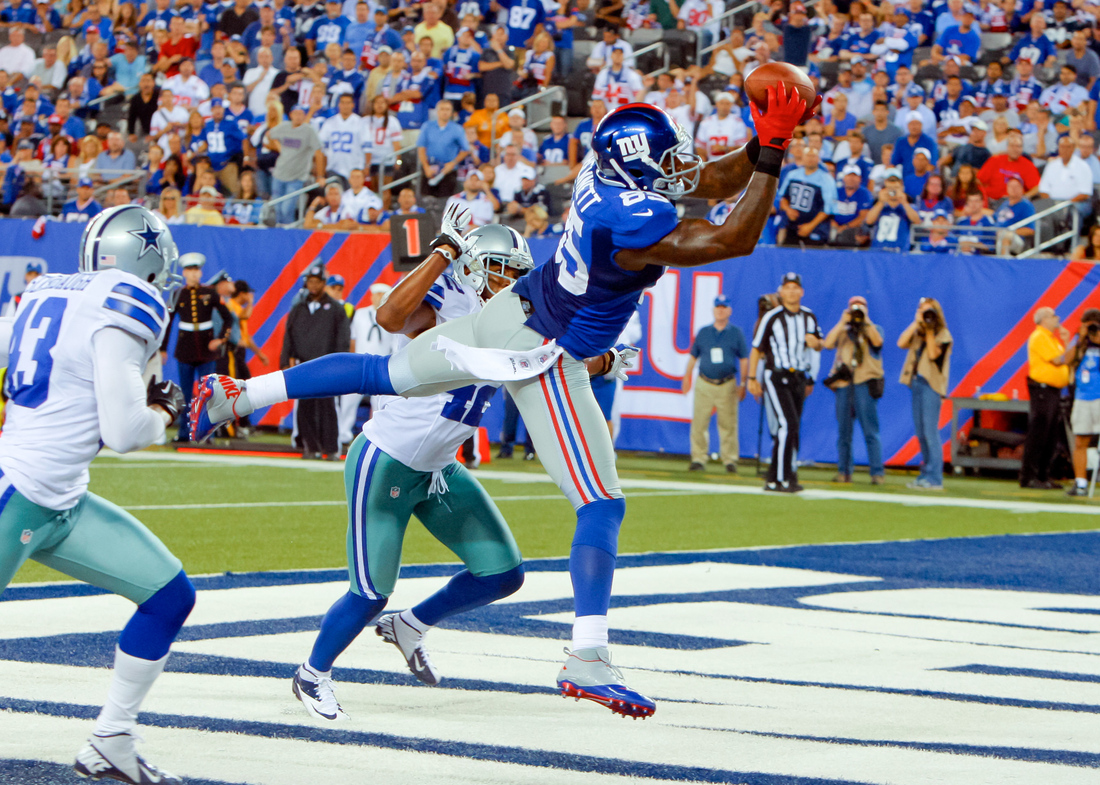 Jacksonville played better than I thought they would last week in a loss to the Vikings. But this is the Texans we're talking about, one of the best teams in the league. They will be too much for Jacksonville.

The real question here is whether the Patriots will cover as a 14-point favorite. If I was the oddsmaker I'd put this line at 28. Patriots win in a rout in their home opener. 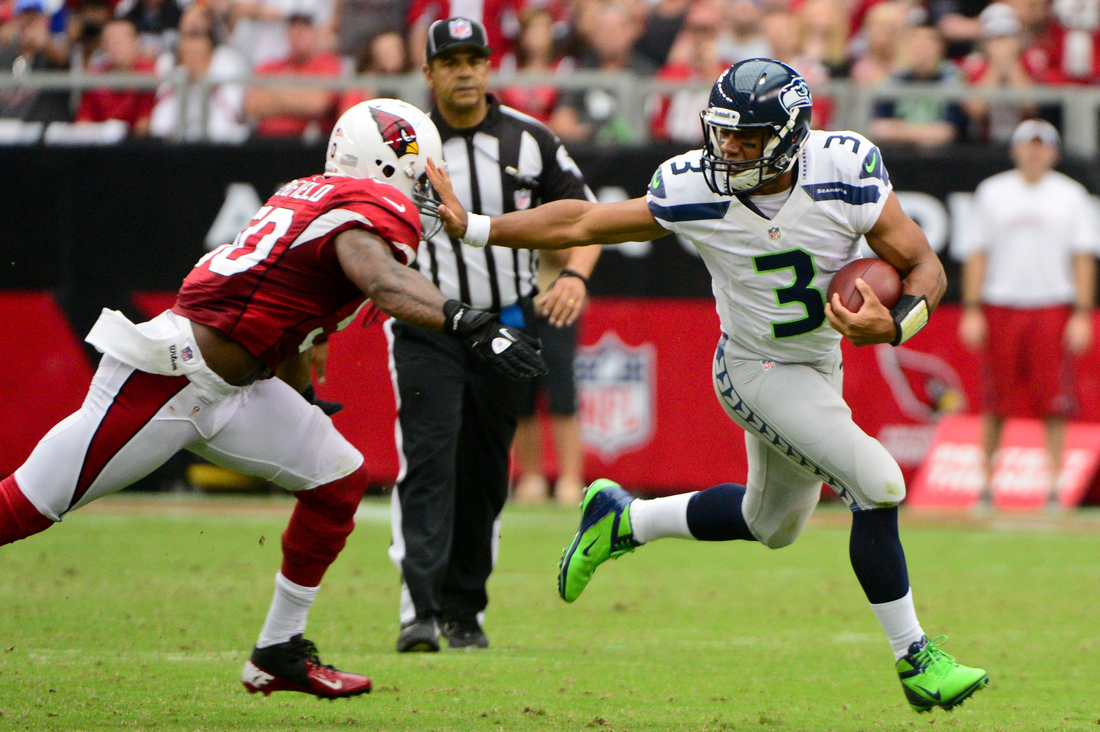 Ryan Mathews' status is still up in the air but the Chargers are a better team than the Titans with Chris Johnson continuing his disappearing act. Last week's 11 carries for four yards is an incredibly bad line. The Titans can't win until Johnson gets right.

Neither of these teams inspired much confidence after their Week 1 losses. The Raiders are good at something and that's rushing the ball. More than the Dolphins can say. Oakland ekes this one out.

Hard to pick against San Francisco after seeing them against the Packers last week. The 49ers look like a legit Super Bowl contender, something I doubted before the season. The Lions are extremely talented, especially offensively, but the 49ers defense will be too much.

The real question here is whether we see a repeat of The Handshake.

So the NFL schedule makers like Peyton Manning. This is the second consecutive primetime game for Denver, a Monday Night Football matchup against the Falcons. Atlanta's offense looked elite last week against the Chiefs. They can't keep up the pace of scoring on their first eight possessions like they did last week. Denver wins in a nail biter.