Packers Fake Field Goal Was A Thing Of Beauty

Share All sharing options for: Packers Fake Field Goal Was A Thing Of Beauty

The Green Bay Packers beat the Chicago Bears on Thursday Night Football and they did it with the help of some trickery -- a fake field goal.

The Packers led the Bears 3-0 with 1:50 remaining in the first half. They lined up for a 45 yard field goal in the hopes of pushing the lead to 6-0 entering halftime.

What they got was more than three points. The Packers executed a picture perfect fake field goal which resulted in a touchdown and a two-score lead. With the way the Packers defense was harassing Jay Cutler all night long, this touchdown put the game firmly in the hands of the Packers, who went on to win 23-10.

Here's a snapshot of how the Packers executed the play that broke the game wide open.

This is the pre-snap look. The field goal attempt is close enough that the Bears don't have someone deep to return it in case the kick is short. Keep an eye on Tom Crabtree, No. 83, lined up on the far left. 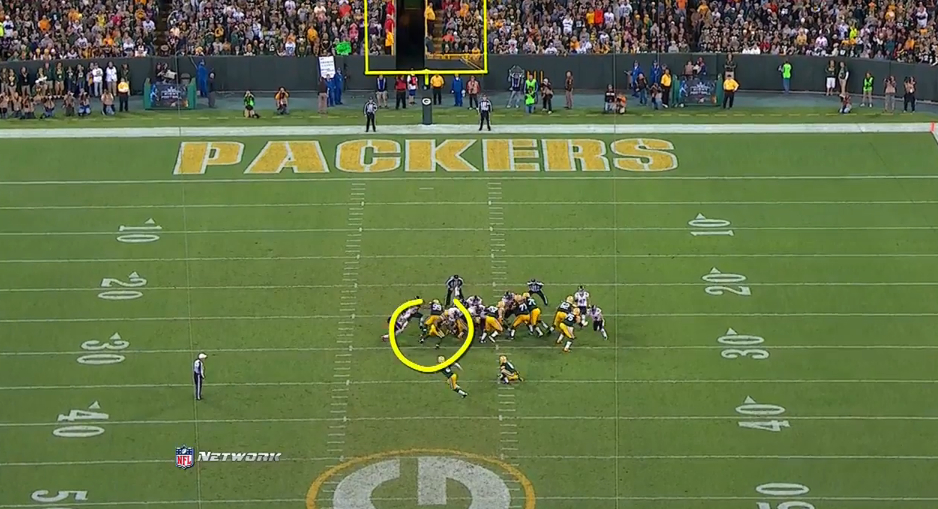 The kicker runs to the left, freezing the defense. They likely think the pitch is going to the kicker on the left side of the field. But in reality the ball is going to Crabtree, who is circled here, and running opposite the kicker. Look at the blocks forming on the right side of the line. You can see that's about to open up. 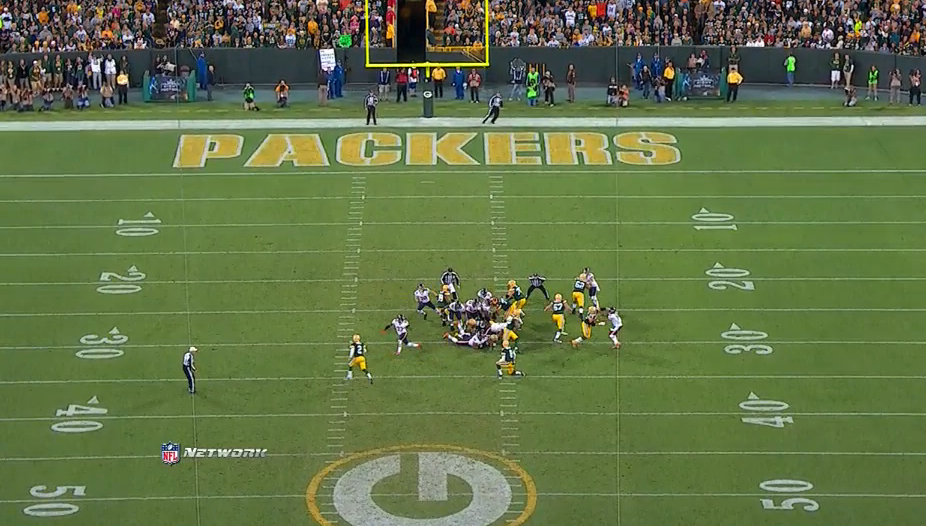 The Bears defenders on the left side of the field are looking at the kicker. They're already out of the play. The blocks are forming on the right side of the field. And the holder has executed a perfect pitch to Crabtree. The fake is in and Crabtree has blockers ahead of him. 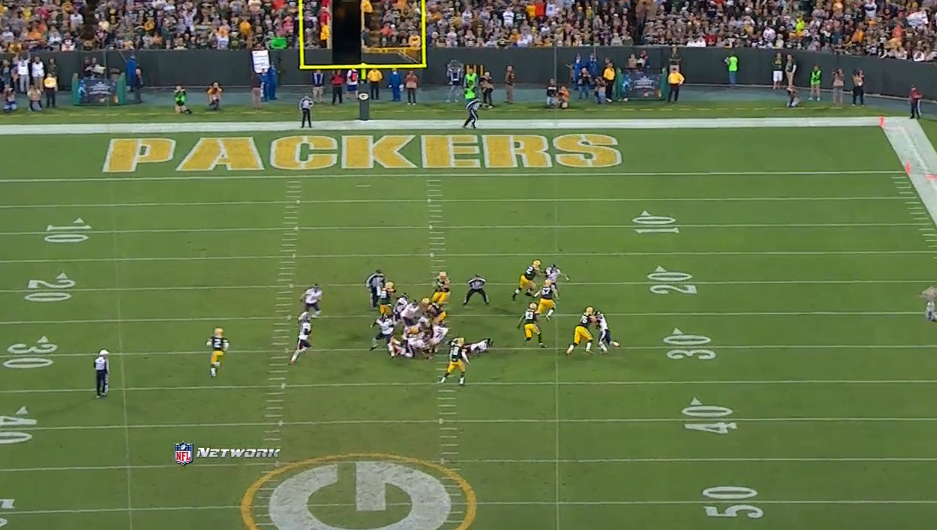 Here you can see the Bears are screwed. There are three Packers blockers for two Bears defenders, which means this thing is over, as long as Crabtree is fast enough to make it to the end zone (Hint: he is). 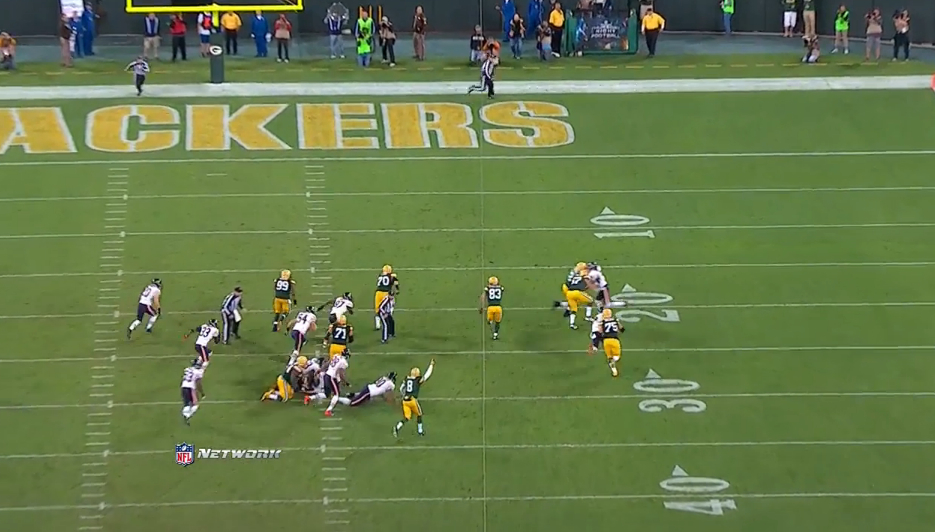 Now see it in action: