SB Nation's Week 4 NFL picks see a blowout in Baltimore on Thursday night, the two undefeated teams winning again and Peyton Manning getting back in the win column.

Week 4 in the NFL brings what should be a blowout on Thursday Night Football, two teams continuing their perfect records, and the best matchup of 1-2 and 0-3 teams in recent memory. SB Nation's Week 4 NFL picks look to continue a stellar record so far this year -- by that I mean absolutely awful -- with these completely accurate predictions on all the games this week.

Up first is the Thursday nighter, followed by 14 more games this week.

I would've maybe, possibly considered a Cleveland upset if the Browns were playing at home. But they're not. They're in Baltimore and they're 12-point 'dogs. The Browns are ranked last in SB Nation's NFL power rankings for this week and that's for a reason -- they're not very good. Baltimore is the superior team, and when you factor in Joe Flacco playing like a top tier quarterback then this game won't be close.

The Patriots are under .500 for the first time in nine years and they're facing a Buffalo team that upset them last year. Could it happen again? Not without C.J. Spiller, who is unlikely to play this week. Fred Jackson could return -- he pegs his chances at 70-75 percent -- but he won't be 100 percent. If those guys were healthy, I'd roll with Buffalo. But they're not, so the Patriots get back to .500 this week.

The 49ers aren't an elite passing attack, but the Jets will still miss Darrelle Revis this week. He allowed the Jets' defense to send extra men in the front seven to stop the run. He was so good at everything he did. The Jets will miss him this season, and they'll miss him this week. The 49ers, after losing to Minnesota last weekend for their first loss of the season, get back in the win column.

Who knew this would be a meaningful NFC West game this early? The Seahawks are recovering from the celebration of the Golden Tate miracle (or whatever we're calling it) while the 1-2 Rams, who I've continually said will be a good team, hope to start their two-game homestand with a bang. Unfortunately for St. Louis, the Seahawks' defense is playing lights out: they're No. 1 in the NFL. The Seahawks pull one out on the road. 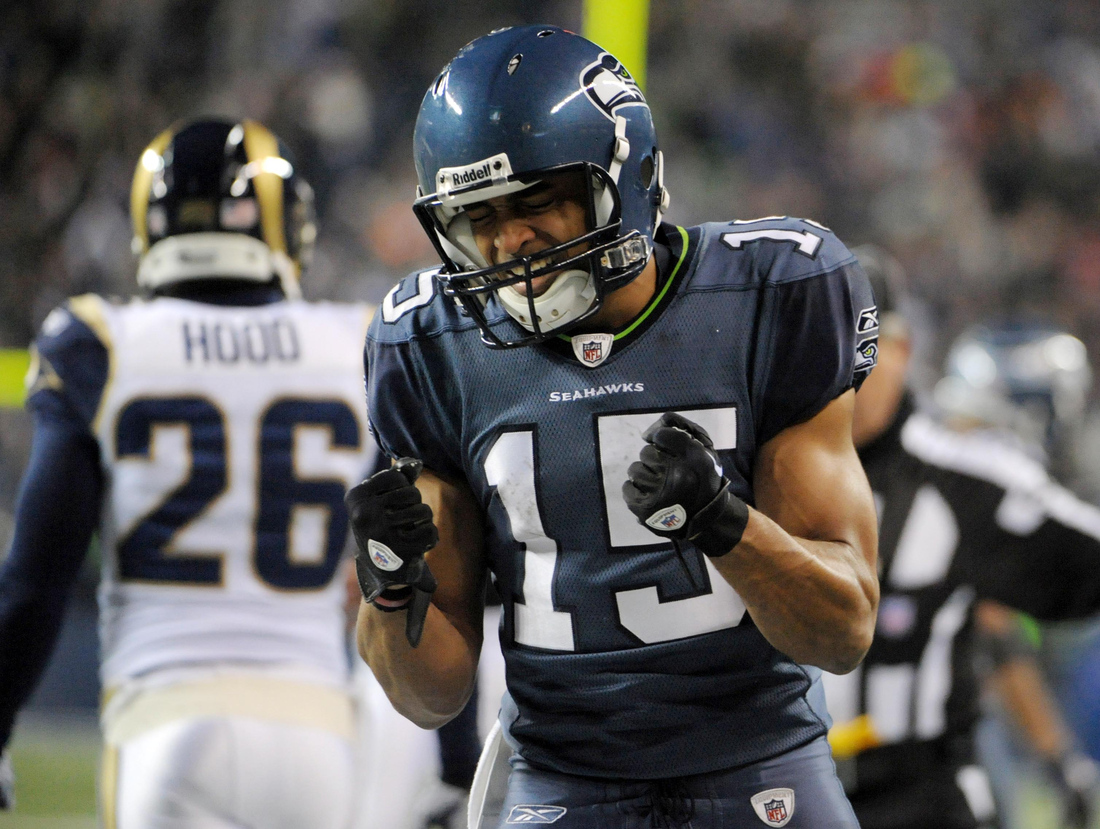 My preseason hype of the Panthers is ... uh, not paying off. They're 1-2 after a Giant thrashing last Thursday night. It doesn't help that they're playing SB Nation's No. 1 ranked team. The Falcons, and especially quarterback Matt Ryan, are on fire right now. That train won't be slowing down this week.

Last year's playoff run doesn't seem to be translating into success this year for the Lions. At 1-2, they need a win to stay in a tough NFC North. The Vikings are a surprise 2-1 team with Christian Ponder playing like he was a first round pick. (Oh, he was.) This is a difficult matchup to predict, so my coin flip says the home team will win.

It's OK to be a homer as long as you're up front about it, right? My Chiefs won a huge game last weekend against the Saints while the Chargers are trying to hang onto first place. This game is at Arrowhead and weird things tend to happen to the Chargers at Arrowhead, at least the last two years. I can't help my homerism. The Chiefs will earn a share of first place in the AFC West.

Similar divisional game as the Panthers-Falcons. The Titans are a little disappointing this year, despite last week's win over the Lions. Chris Johnson is ruining fantasy leagues left and right (including mine). The Texans, meanwhile, are one of the two best teams in the league depending on where you rank them against the Falcons. Houston, there's not a problem, yet. 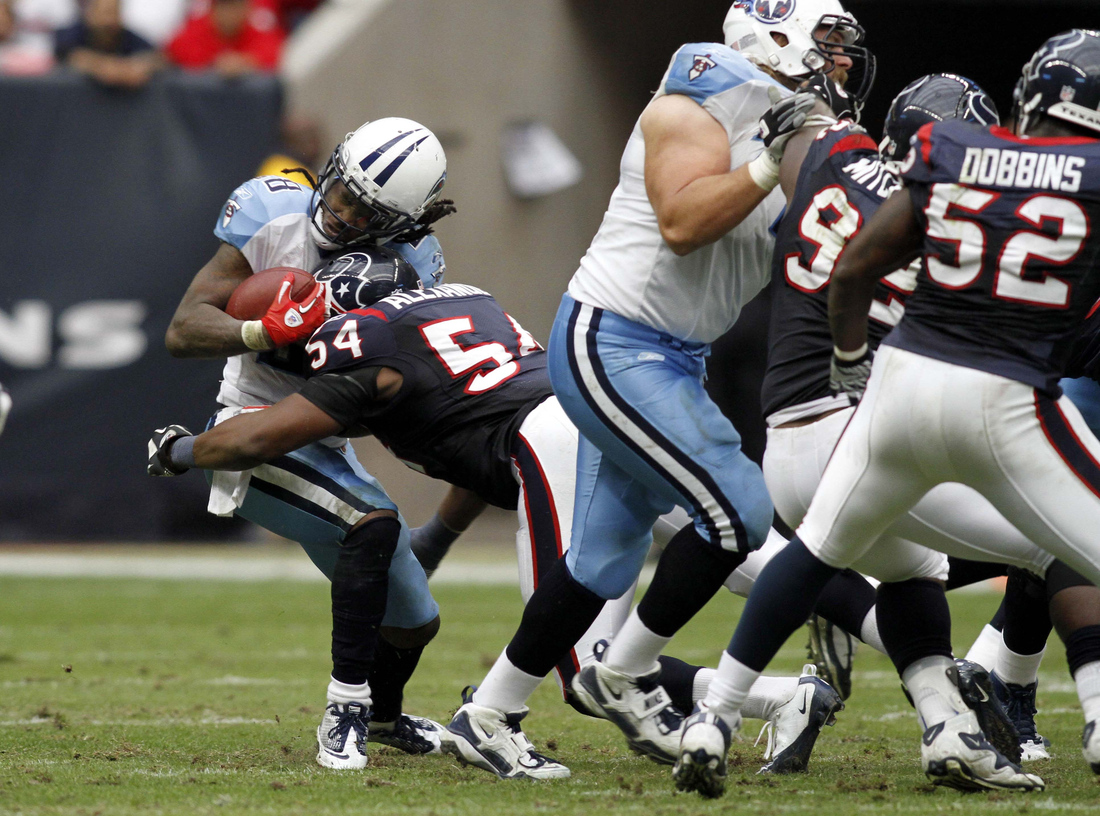 Your first-place Bengals. Cincy's success shouldn't surprise you anymore. They're young and they're for real. The Bengals are 2-1 and they're 2½-point favorites on the road in Jacksonville. The Jaguars dropped into the win column last weekend but this is the week the Bengals' defense gets back on track.

Peyton Manning and the Broncos have now lost two in a row and they face a Raider team coming off a huge win over Pittsburgh. Recipe for disaster? C'mon. This is still the Raiders.

As expected, the Cardinals are going for their fourth in a row to open the season. Was I the only one to predict this? OK, so I didn't exactly predict that but I've got one foot on the Cards' bandwagon. They should beat the Dolphins, who are 6½-point road 'dogs. Arizona's defense is too good to pick against them at home right now.

I love RGIII and what he brings to the table, but the Redskins are giving up more than 30 points a game. Washington needs this game with games against the Falcons and Vikings coming up -- then the Giants and Steelers on the road -- but I can't pick Washington until that defense settles down. 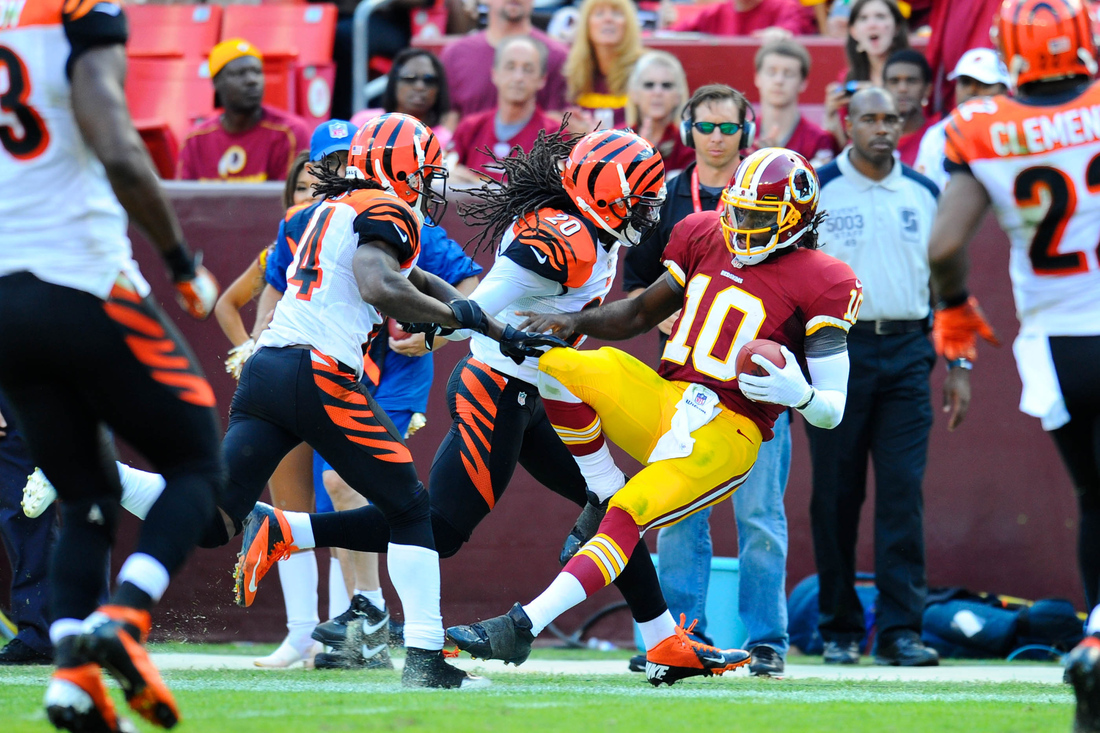 The best matchup of 0-3 and 1-2 teams in recent memory. Both teams were popular Super Bowl picks before the season, now both teams are just trying to survive. The Packers are a tough out at home, and they don't have as many problems as the Saints (they should be 2-1). New Orleans stuns the NFL world and moves to 0-4.

A nice Sunday night treat in a battle for first place in the NFC East. The Eagles' defense was playing well until allowing 27 points to the Cardinals last weekend. Michael Vick and the Eagles' offense haven't been consistent enough to make me think they can outscore the Giants. New York remains in first place.

Matt Forte will supposedly be back but will it be enough? The answer is yes. Both defenses are stingy, but the Bears' offense gives them the edge, with or without Forte.