The first full weekend of the NFL playoffs are in the books, setting the stage for the Divisional round. Before moving on, let's look back at what we learned from the four winners on Wild Card weekend.

The most surprising part of the Wild Card round of the 2013 NFL playoffs is that ... it wasn't that surprising at all. All the favorites won -- bad week for me to pick three underdogs -- and, compared to last year, well...

...it's not all that different.

What we learned: Not much. These teams are who we thought they were. The Texans' strength comes when Arian Foster is running the ball well and Matt Schaub isn't asked to be the hero of the game. That's not to say that Schaub didn't have a good game -- it was really good, actually -- but the Texans aren't built to put the game on their quarterback. That's why they're such a dangerous team -- if you can't slow down the run, you're in trouble.

Next week: The Texans play the Patriots and hardly anyone thinks they can win. The Patriots whooped them last time around, 42-14. The game will be in New England once again. The key for the Texans, as it was against the Bengals, is maintaining control of the game with the rushing attack. Get into a shootout with the Patriots? It's over. They'll lose. I don't see the Texans winning unless Foster has 25-plus carries. 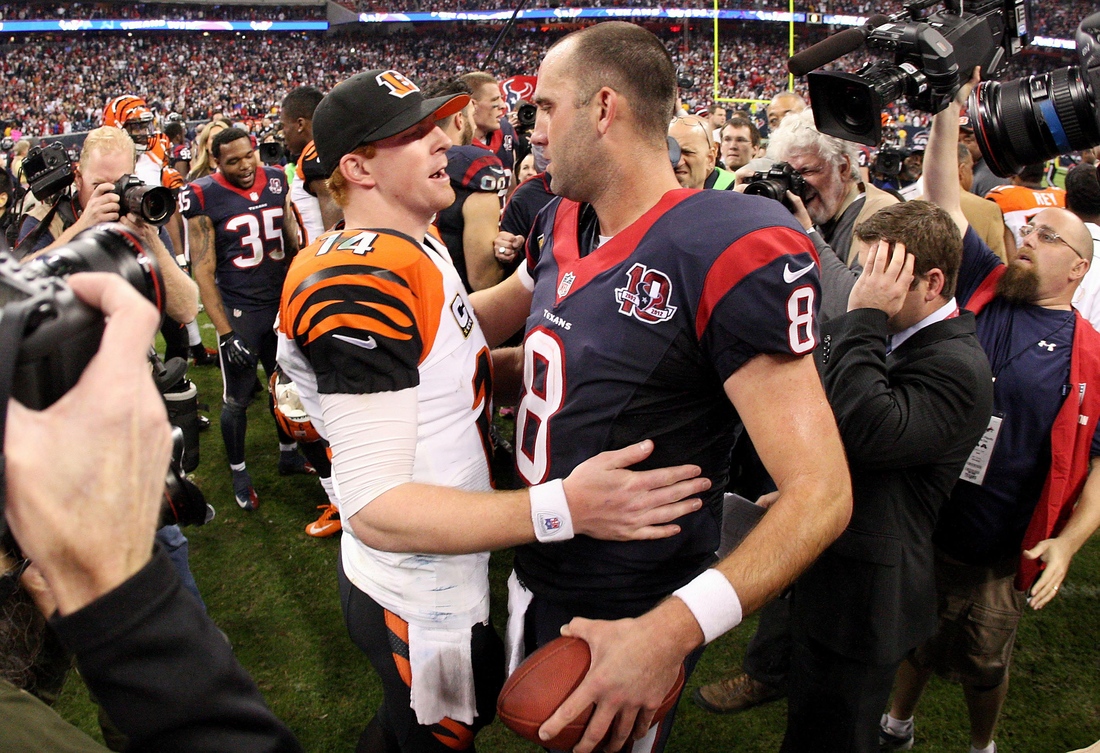 What we learned: The Ravens defense can still be great. And Ray Rice has a fumbling issue, especially untimely ones in the playoffs. The Ravens won anyway, stifling Andrew Luck, who attempted a whopping 54 passes. Another thing learned: Anquan Boldin can be dangerous. I always think of him as a No. 2 receiver, not the focal point. But his hands were made of glue on Sunday, catching five balls for 145 yards. Add in big play Torrey Smith and that could be a dangerous combo next week.

I also learned that Ray Lewis dancing in the middle of the field is kinda awkward to watch. Am I allowed to say that? Is that OK? It was weird.

Next week: The Ravens go on the road to face the Broncos, the same team that beat them, 34-17, just three weeks ago. Denver is the hottest team in the NFL right now. Peyton Manning is 2-0 against Baltimore in the playoffs, winning 15-6 in 2007 and 20-3 in 2010. Those games were with the Colts, though. And those games came before Baltimore realized it had an offense. The Broncos will be the favorites, and rightfully so, but I don't think you can be that confident about picking Denver in this game. 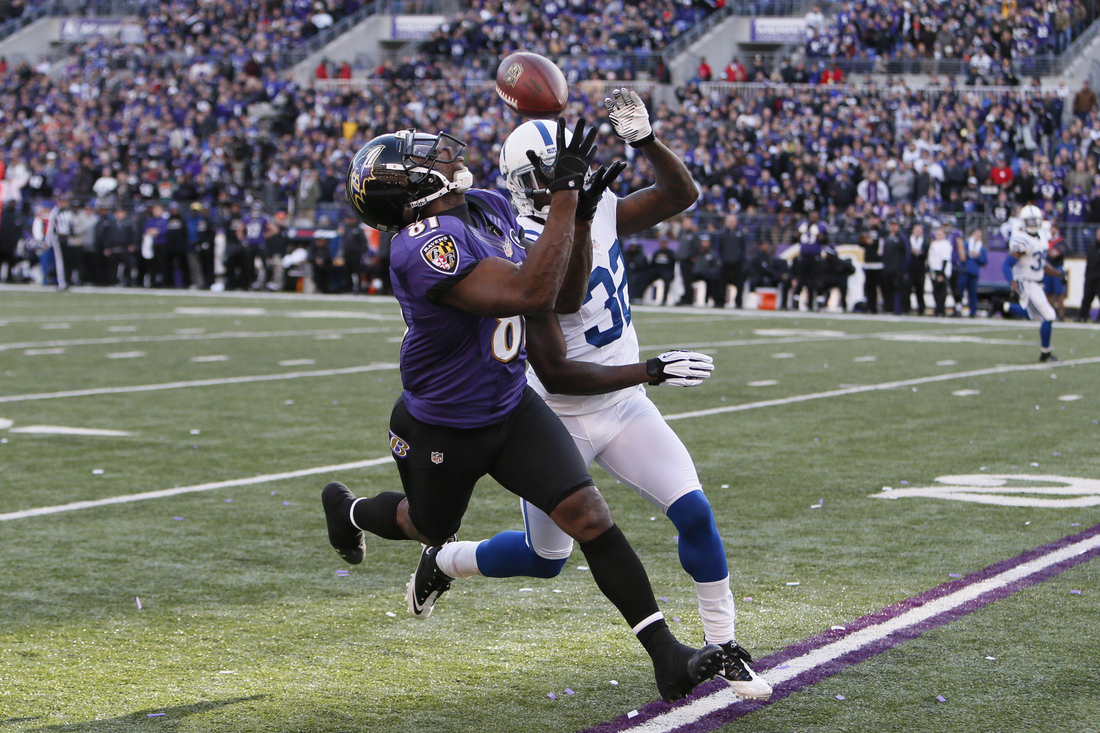 What we learned: Quarterbacks are important! Hey, who knew? The Packers won the game handily but they also got some early practice for Colin Kaepernick when Joe Webb replaced Christian Ponder.

Just sayin'. Of course, Webb was horrific at times passing the ball. That's kiiinda important in the NFL these days. His first pass, which you can see here, kinda says it all.

Next week: The Packers go on the road to face the 49ers. The first game these two teams played -- 30-22 in favor of San Francisco -- may not have much bearing on this game because the 49ers have moved from Alex Smith to Colin Kaepernick. I have no idea who I'm going to pick. This is the best game of the Divisional round. 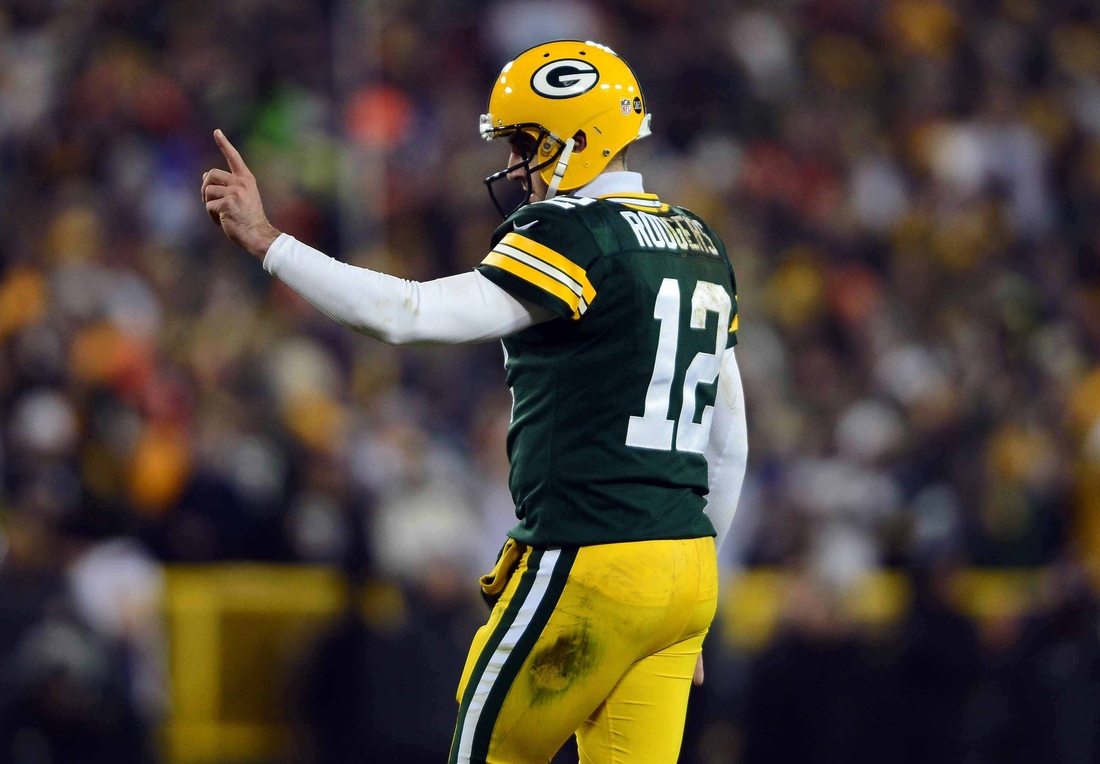 What we learned: SHOULD RGIII HAVE PLAYED?! You can read about that debate elsewhere. Actually, anywhere, because it's going to be a thing in Washington, D.C., for a while. What I learned is that the Seahawks can go on the road in a hostile environment and win. They're 8-0 at home this year, making them just 3-5 on the road. That's always a concern, particularly with a rookie quarterback, but we're learning that these rookies don't play like rookies. No. 1 defense in the league doesn't hurt.

Next week: The test gets tougher. Seattle faces the Falcons in Atlanta. One of the three best teams in the NFL during the regular season, the Falcons are 0-3 in the playoffs in the Matt Ryan era. That's the stat you'll hear again and again (and again!) over the next week.