A switch in quarterbacks didn't cause Reggie Wayne to miss a step as the Colts receiver joins rare company.

The 1,000-reception club boasts another name familiar to Colts fans: Marvin Harrison, who finished his NFL career with 1,102 receptions. Jerry Rice headlines the group and it seems almost impossible any receiver will surpass his 1,549 receptions.

Most memorable moments of those 1,000 catches 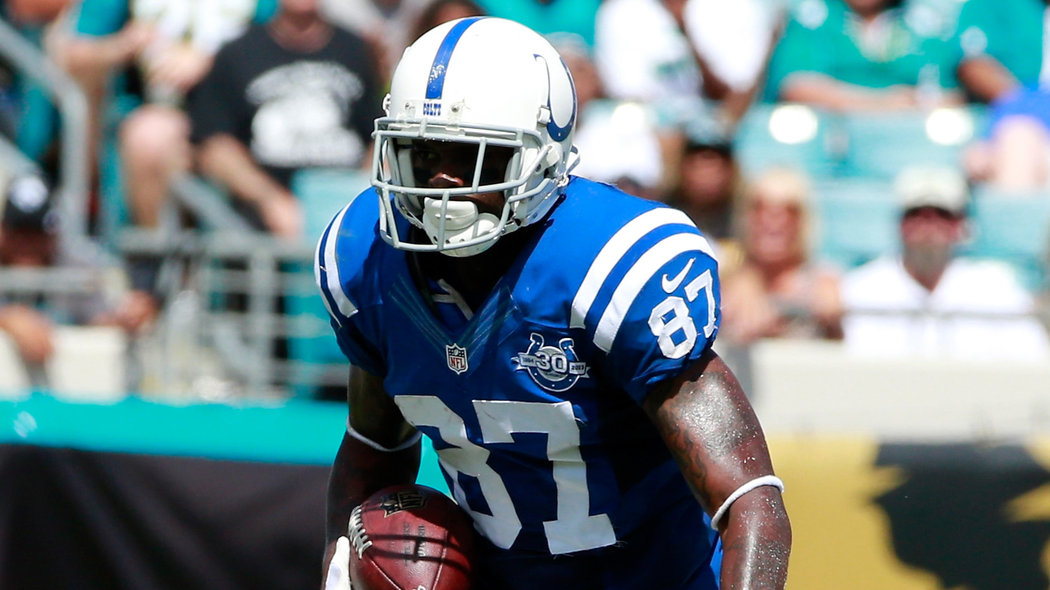 Wayne is one of two active players in the club, along with Atlanta Falcons tight end Tony Gonzalez, who currently sits second on the all-time list.

The veteran Colts receiver has caught passes from Peyton Manning and now Andrew Luck to lead a charmed life over the last 13 years. Few receivers can boast the same offensive continuity, as Wayne didn't miss a step in the transition at quarterback, totaling 1,355 yards in his first season with Luck at the helm. He is on pace for more than 1,200 yards this season. 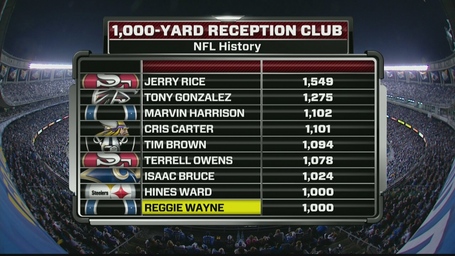