NFL picks, Week 5: Jaguars, Jets and Browns have it covered

Quick, breakout your wallet for a once in a lifetime opportunity to bet on underdog teams this week. Sure, games like the Seahawks at Colts make compelling television, but when will you ever have the chance to bet on the Jaguars again this season?

Share All sharing options for: NFL picks, Week 5: Jaguars, Jets and Browns have it covered

We are now five weeks into the season. This week has a good lineup of games, which makes picking them that much harder. No game highlights that conundrum better than the Seahawks and Colts, Russell Wilson vs. Andrew Luck, Marshawn Lynch vs. Trent Richardson, Jim Irsay vs. caps lock ... just a pile of easy narratives in this one, but no clear favorite.

We must soldier on, picking games, providing a service to you, loyal readers. These picks are against the spread. Our SB Nation NFL panel of champions picked straight up winners on Wednesday.

I went 9-6 with last week's picks against the spread. I blame the Dolphins, that I picked to cover against the Saints, for taking me down from the previous week's high of 12-3-1. All odds come via Odds Shark.

The most perfect Thursday Night Football game ever. There are three possible outcomes here: 1) The Browns defense will shut the Bills down early, 2) The Bills pass rush will explode the myth of Brian Hoyer, superstar, or 3) both teams will play a tight game marked by turnovers, penalties and Norv Turner emoting in frustration on the sidelines. I'm going with the first one.

A few books have this one dead even. That all depends on Jay Cutler and whether or not Marc Trestman frightened him with tales of what they do errant gunslingers in Montreal (give them lots of delicious poutine?). Forget the Brees/Cutler matchup here. The real show to show to watch is New Orleans defense versus Cutler. After writing off the Saints defense in August, that unit's got a 9.2 percent sack rate, which is the fifth-best in the NFL per Football Outsiders. As for the Bears, Cutler's only been sacked six times, an average of 1.5 per game, which would be his best total since 2008 with the Broncos.

Patriots vs. Bengals (even)

Frankly, I'm surprised the line's even on this game. Based on what we've seen from Andy Dalton this season, I assumed the Patriots would have an edge. And I still believe that, ask Matt Ryan.

Did a week off help the Packers? More specifically, did it give Dom Capers time to fix the problems with his pass defense, the worst pass defense in the league with a 47 percent DVOA according to Football Outsiders. This is career game number 50 for Lions QB Matthew Stafford. He already has the most passing yards -- 14,069 -- of any NFL quarterback through his first 50 games. Oh, Reggie Bush happens to be playing pretty well right now too. Aaron Rodgers has never lost to the Lions as a starter. That could change this week.

And there's always  the possibility for this to happen:

Potential Super Bowl preview? Whoa, let's not get too far ahead of ourselves here. It should be a good game. Seattle's undefeated still, and road games in the Eastern time zone haven't been the problem they used to be for Pete Carroll's team.

Miami's on pace to allow 72 sacks. The good news is that's well off the record of 104 sacks allowed in a season (by the 1986 Eagles). The bad news is that's way more than Ryan Tannehill can withstand if he has any hope of finishing the season in one piece. His tackle, Johnathan Martin and Ryan Clabo, look helpless against oncoming rushers. This week, they get Elvis Dumervil, Haloti Ngata, and Terrell Suggs. Welp.

Good lesson in scheduling here. Nobody knew in the spring just how bad the Giants and Eagles would be. If they did, this would have been the perfect Thursday Night Football game, terrible defense, turnovers, bankable superstars in decline ... it's got it all.

The Rams went from preseason darlings to needing a statement game against the winless Jaguars. Fisher's 19-14 against Jacksonville, but all that predates his time with the Rams. On paper, the Rams should breeze through this one, but the Rams' brand is all about defying lofty expectations. They'll win this one, but don't touch that giant spread. The Rams aren't beating anyone by 12 points. 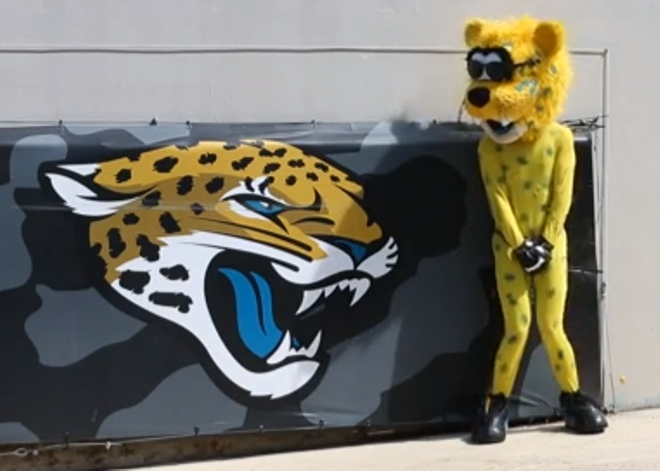 I was looking forward to this game until Jake Locker went down with an injury last week. The Chiefs defense against Ryan Fitzpatrick isn't something you look forward to, unless maybe you're a Yale-y.

Arizona's coaches judged Levi Brown to be the team's best left tackle at the start of the season. He was apparently so good, that Bruce Arians had him shipped off to Pittsburgh this week. The only motive I can think of here is a little revenge from Arians.

Also, Ron Rivera was in danger of getting canned three weeks ago. Then the Panthers got the Giants, a bye week and now the Cardinals.

How many touchdowns will Peyton Manning throw this week? The record  through five games is 18 (Daunte Culpepper, 2004). Manning has 16 touchdown passes already. In four career games against Dallas, Manning's thrown seven touchdowns. Interestingly enough, he hasn't played Dallas since 2010, and he threw four picks in that one. I don't see that happening this week.

As far as jersey burning goes, I'm against it. But in the interest of full disclosure, I'm sort of against wearing jerseys in the first place. It all goes back some youthful torment I took many years ago, with some kid calling me whatever name it was on the back of the player jersey I was wearing (and I'm too embarrassed to reveal whose jersey it was). The joke being the obvious contrast between awkward an junior high kid and a professional football player, GENIUS.

Also, those things are expensive, because anything licensed by the NFL costs 25 percent more than it should. AND, I'm pretty sure Matt Schaub, Gary Kubiak and Rick Smith aren't leaning on parking lot effigy burning to make their roster decisions ... but I could be wrong.

This game was moved to 11:35 p.m. ET because of a playoff baseball game. We owe MLB a thank you. Oh, the pick, you ask? I'm going with Oakland here. Terrelle Pryor is back, and that might just be enough to cover the spread against the Chargers.

I don't trust the Falcons and a double-digit spread. The way that team's struggling and Mike Smith's constipated approach to coaching, it's just a recipe fro getting fleeced at the betting window. The Falcons are 1-6 against the spread in their last seven games too. Atlanta should get a much needed win this week, lest the season completely falls apart, so there's that.

• The Notebook: What makes Russell Wilson so good

• In which the Eagles get drunk and give up 2,400 rushing yards | Breaking Madden