Retired NFL defensive end Stephen White looks back at what happened to the Cowboys defense on the last drive in a Week 8 loss to the Lions. Also, a couple candidates for Defensive Player of the Year and Miami's new offensive tackle.

Share All sharing options for: The Notebook: Blown coverage and broken plays costly for Cowboys, Steelers

You've probably never heard of Jakar Hamilton. That's because until last week, the rookie safety out of South Carolina State had been on the Dallas Cowboys practice squad. The team signed him to the active roster, I'm sure, with special teams contributions in mind rather than scrimmage plays. However, as fate would have it, Hamilton was the safety on the field for the Detroit Lions' eventual game-winning drive on Sunday.

Starting Cowboys safety Barry Church went out with a hamstring injury. Hamilton was pressed into service. It's really not his fault that he wasn't ready; most guys aren't in their first game. Still, his performance was pretty awful and directly contributed to the Cowboys losing.

The Cowboys played Tampa 2 coverage on second-and-10 with the ball at the Lions' 37-yard line and 40 seconds left to go in the game. I know quite a bit about Tampa 2 having been a part of the defenses that gave it its name, and one thing I can tell you is that if the quarterback throws the ball up the sideline and there are no other routes to distract the safety to that side, it should be an interception. At the very least, the pass should be broken up. The design of the coverage is to take away deep throws like that and force the quarterback to dump it off underneath. 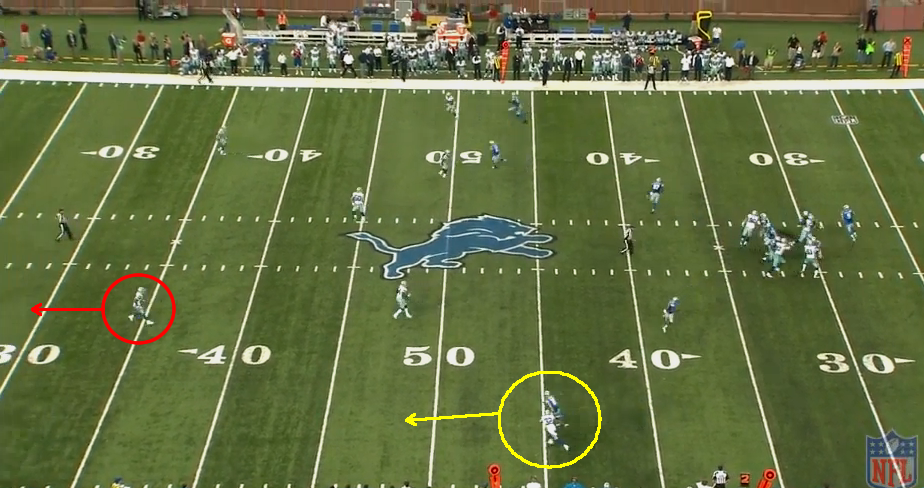 I can't quite see from the TV copy what in the hell Hamilton was looking at as the play developed, but I do know Lions quarterback Matt Stafford did kind of a half roll in the opposite direction. That shouldn't have had any effect on how Hamilton played his coverage, but maybe it did, because he was way late getting to a deep ball to Kris Durham, a ball that never should have been caught.

But it was, and the pass covered 40 yards, putting the Lions at the Cowboys' 23-yard line. This time the Cowboys appeared to play 2 Man, and Hamilton was lined up to Calvin "Megatron" Johnson's side. Johnson was in the slot and ran a simple route up the seam. Johnson had caught only 13 passes for 307 yards up to that point in the game, of course, so maybe Hamilton didn't pay him any mind.

Again, Hamilton was late getting over the top to a ball that should have been intercepted or knocked down. Instead, it was caught by Johnson, who Hamilton tackled at the 1-yard line. We all know the rest.

After watching the coaches' tape, I have to correct my assessment of the Megatron catch. The corners, including the slot corner on Megatron appear to be playing 2 Man technique. However, one of the safeties rolled down into the box, and there was only a single safety, Hamilton, back deep lined up in the middle of the field. 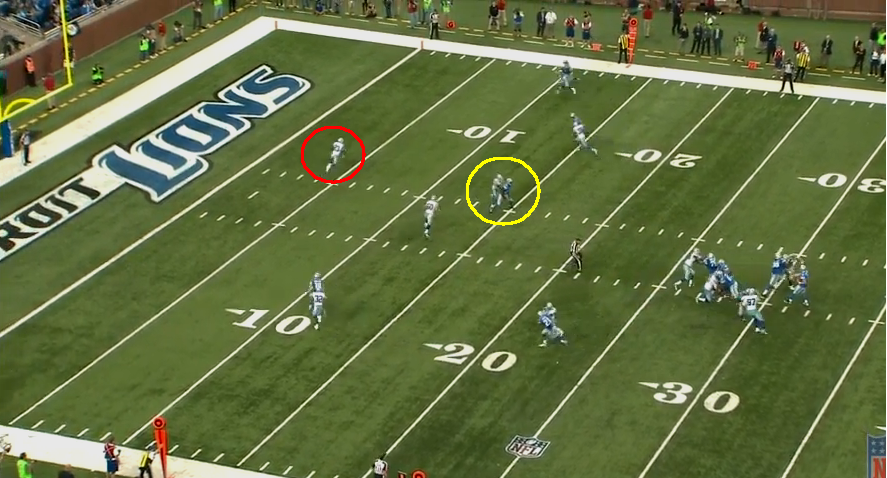 This would have made sense if the rolled-up safety helped double-team Megatron, but he double-teamed the tight end. That left just too much area for Hamilton to cover, trying to get over the top of a seam route from the middle of the field. Either the coaches screwed it up or both safeties had a coverage bust. Either way, it was a dumb way to play coverage against that formation.

The lesson here, kids, is it pays to have quality depth, even when its a guy you don't think will get any playing time.

I hope Hamilton kept his jersey.

Pryor has a unique set of gifts that he has been blessed with, and right now, the Raiders are not using him to his full potential.

Bills defensive end Mario Williams notched another sack Sunday against the New Orleans Saints, giving him 11 through eight games so far. I'm no math major, but if his second half of the season mirrors the first, he could give Michael Strahan's single-season sack record (22.5 sacks in 2001) a run for its money.

I know there are no guarantees on that, and his team is only 3-5, but for now Williams should definitely be in the conversation for Defensive Player of the Year, in my opinion.

Some people chuckled when the Miami Dolphins traded for former Ravens left tackle Bryant McKinnie, but I can tell you he looked better Sunday than I have seen him play in years. He was even dominant run blocking at times, which has been almost unheard of lately from him. The Dolphins still lost the game. However, I think McKinnie goes a long way toward solidifying their offensive line at least for the rest of this season, if he keeps this up.

Kenny Stills showed off his big-play ability against the Bills, hitting them for 129 yards and two touchdowns on only three catches. He had touchdown catches of 69 and 42 yards to help down Buffalo and keep the Saints rolling.

Derrick Johnson is by far the best linebacker most people never talk about. He already has 3.5 sacks to go along with 61 tackles, including the 12 he notched against the Browns, several of which were of the bone-rattling variety. Defensive coordinator Bob Sutton's new scheme is helping exploit and showcase Johnson's talents better. His career high for sacks in a season is just 4.5, and that was all the way back in 2006.

The Chiefs are one of the most dominant defenses in the NFL right now. Although his name doesn't get tossed around much, Johnson is a major reason why.

• The Post-Mortem: Atlanta is truly a town of history

• Trade deadline: Nicks, Gordon and the big names to watch