In a scathing and wide-ranging social media tirade, the former Bronco and Cardinal criticized the league's concussion protocol and its treatment of former players.

In the blossoming age of social media, athletes have been known to voice controversial and provocative opinions for all the World Wide Web to see. Rarely, however, have we seen a tirade as jolting as former NFL safety Hamza Abdullah's epic Twitter outburst on Thursday.

Abdullah, a devout Muslim who spent seven years in the league with the Denver Broncos and Arizona Cardinals, began the morning by criticizing fellow Muslims for perceived hypocrisy, but quickly changed the focus of his scathing and profane rant to the NFL. Specifically, he targeted the league's treatment of players and concussion protocol. 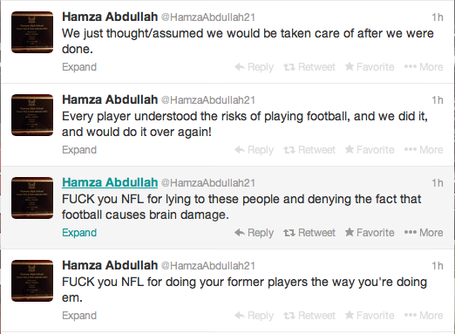 He than addressed the issue of the suicide rates among former NFL players, placing blame firmly on the league. 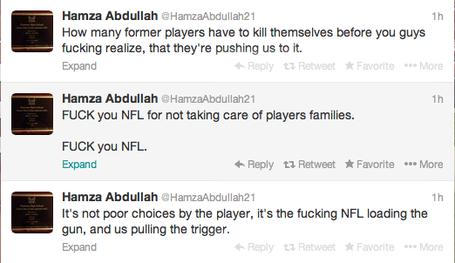 In a candid and rather disturbing turn, Abdullah acknowledged his own ongoing issues with suicidal thoughts. 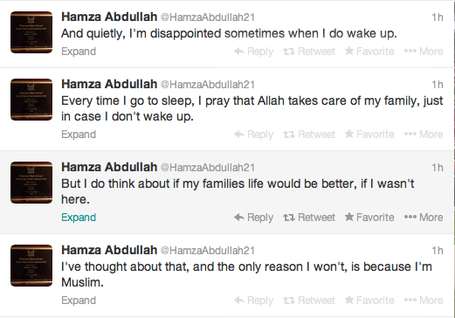 During his career, Abdullah suffered four concussions in a span of 15 months, the last one ending his 2011 season. He has not played since. He alleges multiple incidents when medical staff covered up concussions, providing false reasons for his departure from games. 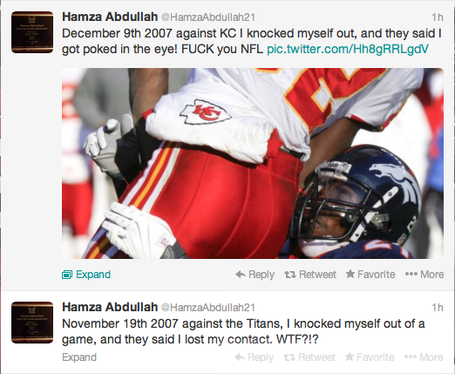 To his credit, Abdullah offered solutions to the issues he so vehemently criticized. 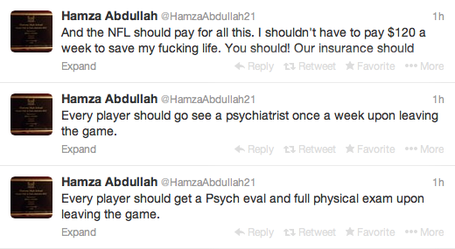 At one point in the tirade, Abdullah compared the relationship between the league and its players to that between a slave master and slaves. 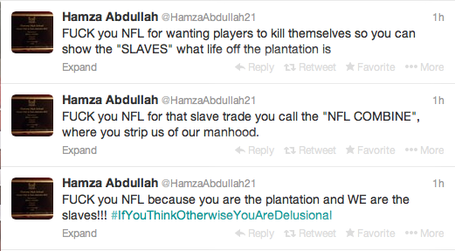 The outburst, which began around noon ET, spanned over 52 tweets and roughly an hour.

• London's lukewarm reception to the NFL