Julio Jones' season-ending injury puts the Falcons in dire straits. Is there any hope of them salvaging their season?

The Atlanta Falcons entered the 2013 season with Super Bowl aspirations after reaching the NFC Championship Game last year. One month into the season, those hopes appear to be dashed. On Tuesday, the news got worse for the struggling team; wide receiver Julio Jones, their primary offensive weapon, has a foot injury that is expected to end his season. 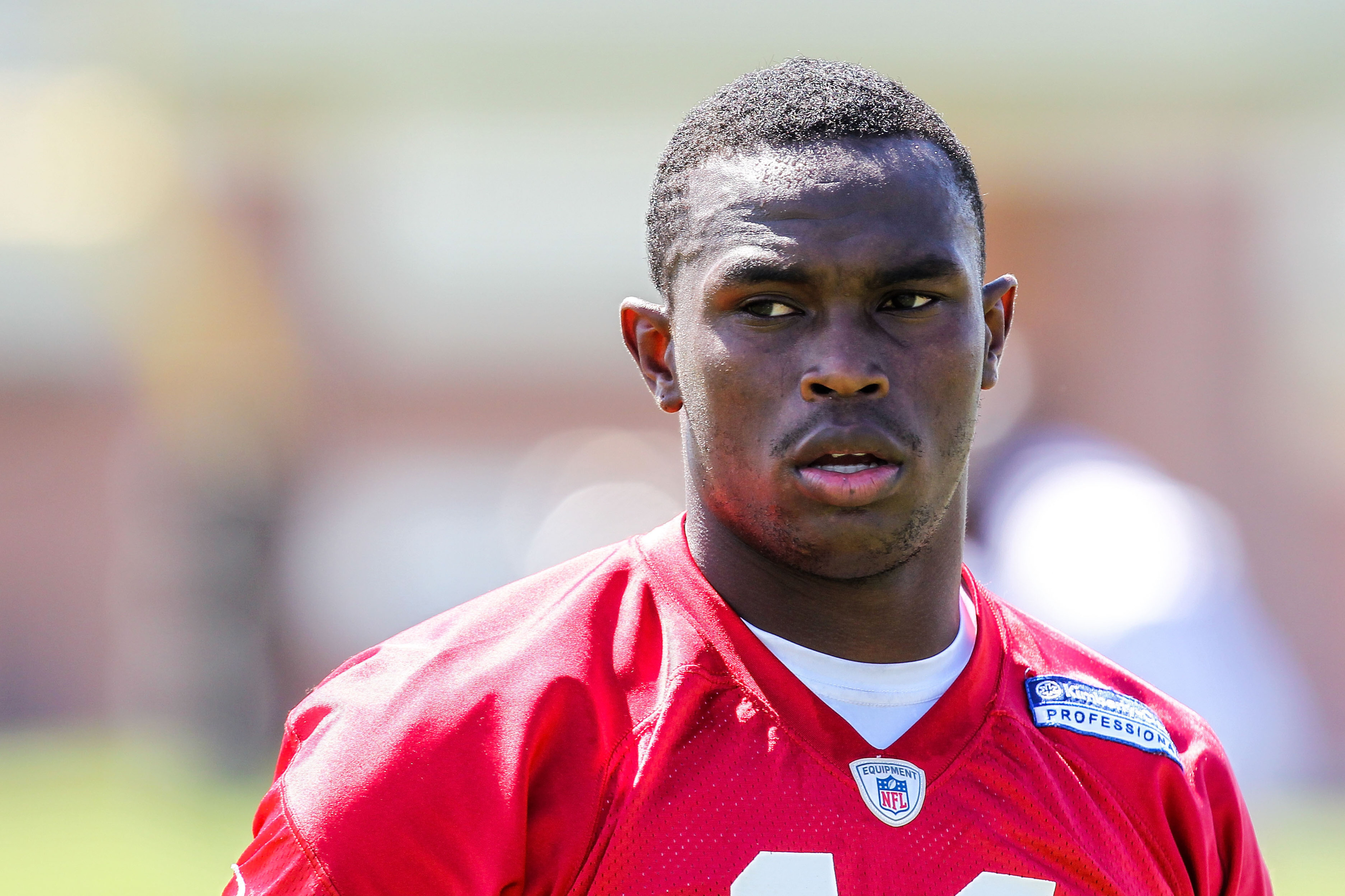 "I don't have to tell you that this is a hammer blow to the Falcons, who have already been suffering from a spate of injuries thus far this season. If Jones misses the season, the Falcons lose their best receiver, a guy who had put up a 41/580/14.2/2 line while basically serving as one of the team's two reliable targets through the first five weeks. He's been a stud, playing through a leg injury, and his loss cripples the offense."

The injury is a crushing blow to a Falcons team that's already on the ropes. Atlanta spent big to acquire Jones in 2011, giving up five draft picks to move up and take the Alabama prospect at No. 6 overall. Jones was productive in his first two years, but he had a sensational start to his third year, recording 41 catches, 580 yards and two touchdowns in the first five games.

Jones was one of the few bright spots in an offense hammered by injuries. Steven Jackson missed three straight games with a hamstring injury, and the running game has suffered in his absence. Roddy White is trying to play through an ankle injury, but the injury has sapped his playmaking ability in the early going. He's now dealing with a hamstring issue. The Week 6 bye couldn't come at a better time for those two, but Jones' injury carries the biggest impact.

Atlanta suddenly finds itself thin at the receiver position. Harry Douglas is expected to assume Jones' starting position for now. A competent slot man in his four-year career, he's a step down from Jones. The team could look to run more two-tight end sets with Gonzalez and Levine Toilolo or sign a free agent. Neither of these options will replace Jones' game-breaking skills, though. The Falcons are now without a legitimate deep threat to open the offense up. Yet after sinking significant draft assets in the acquisition of Jones, a move for Josh Gordon -- said to be available for a second-round pick -- or a similar player is highly unlikely.

Adding to the Falcons' woes is a rash of injuries to the defense. Kroy Biermann is done for the year and Sean Weatherspoon is on injury reserve/designated to return. The result is a unit that ranks 21st in points allowed and 26th in Football Outsiders' DVOA.

It's normally premature to declare a season "over" in early October. After all, the Falcons get the Buccaneers, Cardinals and Panthers after the bye, giving them a decent chance to right the ship. However, Mike Smith's team is already in a hole at 1-4. Another division title might not be in the cards. The Saints are 5-0, and could have the weak NFC South wrapped up by Thanksgiving at this rate.

To get back into the wild card picture, the Falcons would have to finish with about 9 or 10 wins, meaning they would have to go 8-3 or 9-2 the rest of the way just to have a chance. That's two and a half months of nearly flawless football required, and it's hard to see the Falcons pulling that off with so many holes on the roster. Matt Ryan and Mike Smith have never had a losing season in their first five years in Atlanta. It looks like that streak is coming to an end in 2013.