I'm not here to make friends FYI. These are the most coveted awards in the NFL and this isnt Obamacamp where everyone gets a trophy for putting there pants on without setting the woods on fire folks, this is the Real Deal.

Road Graders Of The Week: The Long Brothers 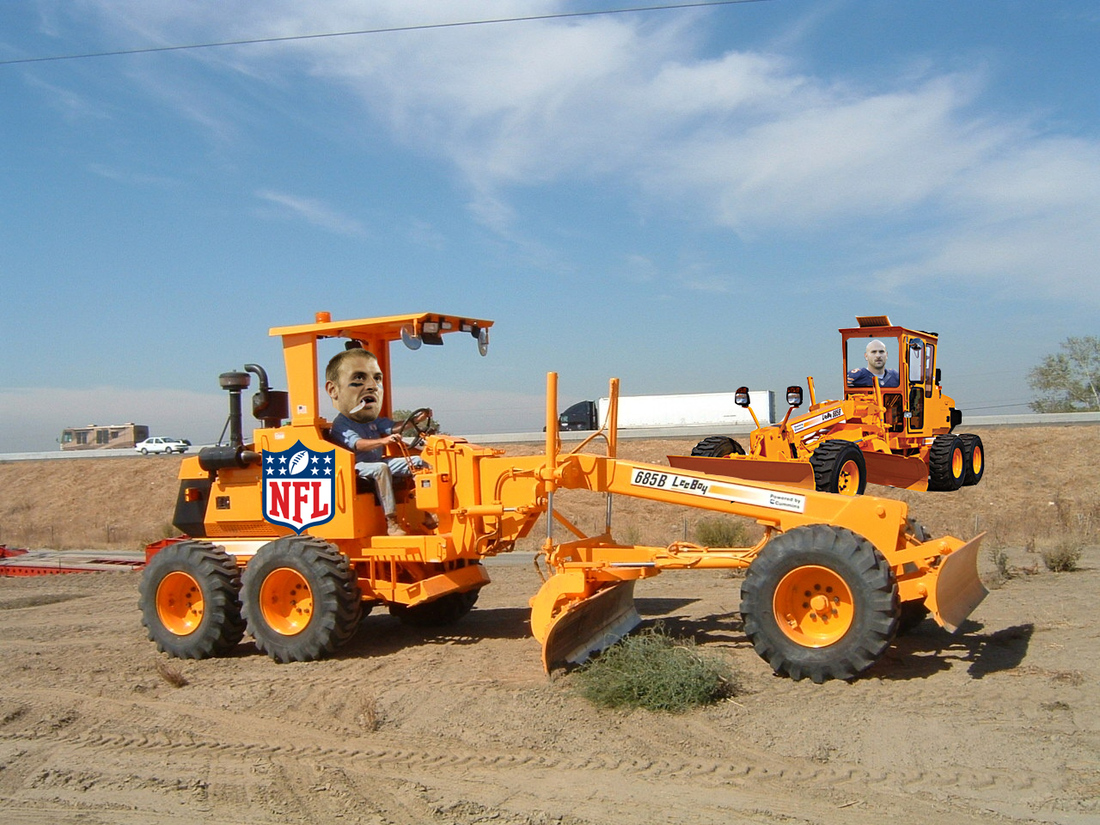 You know, usualy when you hear Rachel Nichols talk about the Long Brothers she's probably just reading her OK Cupid preferences out loud, but this weekend she spent her time gushing over Chris and Kyle. These guys are your classic road graders folks they've got motors that wont quit and you werent allowed to play with them when you were a kid because they're too dangerous.

The great part about watching these two verse each other is that unlike Eli Peyton and Cooper, the Longs are both on the field at the same time. If your treating the fans to a matchup of siblings, they should have to be on the field for at least 10 snaps so we can close our eyes and imagine them playing backyard football with each other. Its really the only exceptable time for a grown man to cry unless your shithoused off Molson and airplane glue when they bring out old Redskin WWII Veterans to honor the codetalkers who laid the groundwork for me to say thing's like "coach on the field" and "rap culture" when Im talking about the Redskins QB options.

Howie must of been so proud but unlike Rob Griffins dad (who never played in the NFL) Howie knew that he should only visit his winning son after the game. Getting praise love and exceptence from your father is for winners and maybe thats whats wrong with America today. IMO Howie should of just sent a note to the Bears lockeroom that just said "I missed work for THIS?" to motivate Kyle. Thats what my Dad did to me and I turned out excellent to say the lease.

Announcer Of The Week: Jon Gruden 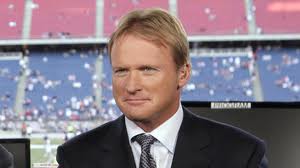 Ol Jon finally took the marbles out his mouth and the dominos out of his pocket and gave the second most coveted award behind the lunchpail obviously to my main man Danny Woodhead. Gruden pinned his ears back and acknowledged that Woodhead had like 200 yds of offence and 2 TDs not to mention a hardhat block as well as a excellent distraction on the go-ahead TD.

I honestly dont know why they dont award fantasy points for thing's like effeciency= how many yards do you run on a play verse how many of them are downfield? Padlevel and humility would also be excellent categorys and kudos to Gruden for being man enough to step on board the Woodhead train. Dannys other dutys also include translating Philip Rivers audibles into American english which mainly consists of replacing "galldang" with "well-executed" and "fag" with "opponet."

True, Gruden uses "This Guy" as a crutch more then Kerry Rhodes youd think he'd of changed the name to Grudn Grindr by now. If Gruden would ever use a tellestrator you know hed be drawing ding-dongs left and right out there, but for a guy named Chucky he seems to be reluctant to break out a animated mouse folks.

Hats off to Jon Gruden though but we all know that I was a fan of Danny Woodhead before it was cool. 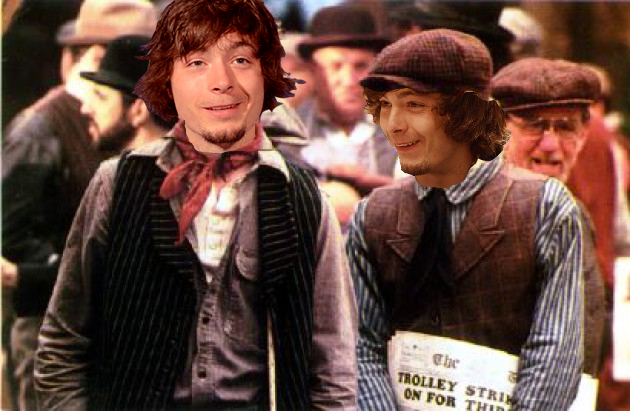 "Extree extree, Danny Woodhead rides again. Da Kansas City Cheefs was tryin to give me a contact high by playing press coverage but Im to short to have my head in da clouds folks. While I was puttin my nose to the grindstone they was puttin theres to a hundred dollar bill folks."

As a witty play on the new meme "Chuck Norris facts" I made a Danny Woodhead fact generator:

-Danny Woodhead was able to pay for his Moon Shoes with C.O.D.

-Danny Woodheadconvinced Pete Prisco he was wrong about a opinion

-Danny Woodhead is happily married and recently has his first son Will Woodhead which also makes a great nickname for Danny. Congratulations to them both!

Fan Of The Week: Donnie Navidad 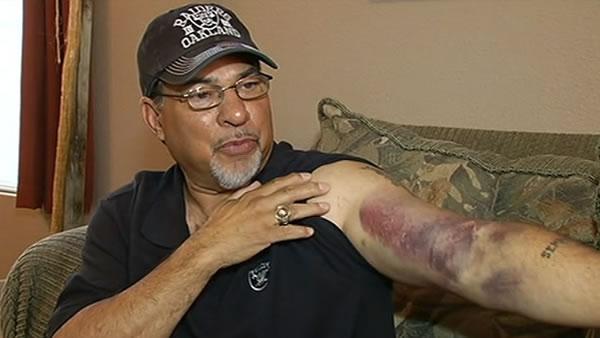 Got to give it up for the Raiders fan who threw themself underneath a jumper at the Oakland Colluseum. The guy here literally saved her life by catching her during a 3 story plunge. Raiders are use to stopping peoples freefalls but usually its when the Chargers start putting together a late season run. When I first hear that there was a Raiders fan who tried to commit suicide after a game my first thought was "at least they made it past halftime," but as hard as it is to believe I guess some people who live in Oakland might not be extremely happy with there situation. Irregardless,another Raider fan had her back and literally ran under her as she was falling down and made himself a defenseless receiver and saved her life.

So thanks to this true hero today is the first day of the rest of her life,, some societys believe that entitles him to a prima nocta type deal once she recovers, not to be offensive or disrepectful and not that it matters.

Apparently she is going to be ok and most importantly so is our hero. God bless folks this is how fans look out for eachother out there during the holiday season.