The Holiday Shopping Craze isnt just about electronics and toys folks, its also a great time of year to start stocking up on some heavily discounted NFL players, coaches and tickets. 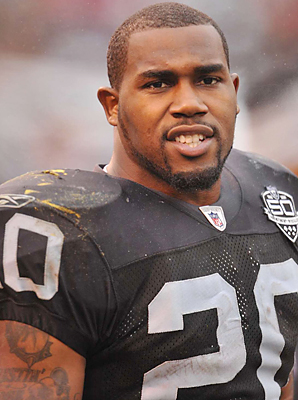 There calling him "Run DMC" because seems like the only thing he remembers how to do these days is "Walk This Way,," but I'M calling him Darren McLemore because in his contract year hes going to be more of a Thriftshop back. If McFaddens hamstring was half as fast and loose as his attitude towards practice participation, he would have himself in line for a Door Buster sale- but the last time DMC broke anything off a Screen was 2011 and SOMEONEs going to overpay. You have to get up pretty early in the morning to fool me, but Jerry Jones has been waiting in a lawnchair outside McFaddens house since 2008. 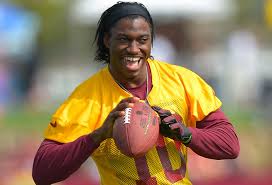 If your a team like the Patriots or who have a strong system of a countaiblity and your looking to put together a post-season run,, a missing piece like RG3-13 at WR might just help you lock up the RG3-seed. I know what your all thinking, that Skype-happy RG3.1-Megapixels might be a more naturalfit as a Cyber Monday deal, but with all the pain medications hes on hes just as much a pestal and mortar type guy as is he brick and mortar. Griffins expendible at this point with Captain Kirk all but taken over the starting QB position,, of course theres always the chance that the Redskins keep him since his knee brace is literaly a stocking stuffer, and putting him at Slot WR is the only gift they can think of to get for his Dad who obviously is only into crafting weird gadgets.

Griffin could be a real find for a bargainshopper who doesnt mind looking in the scratch 'n dent section but make sure to stock up on replacement parts folks. You know theres been a big outcry about how RGKnee's Offensive Linemen dont help him up after a sack but a true leader would inspire his O-Line to play better so that he wouldnt get sacked in the first place, which is a much bigger indictment of Griffins whole attitude.

That move Tomlin pulled last night was Bush league but al least Bush got a contract extension when he was President. If your out there looking for a defensive coordinator nows the time to start assuming that Tomlins going to be available for a lowcost (if hes not suspended.) Seriously folks he was literaly standing on the field last night like it was a Baltimore street corner. You hear a lot of people talking about a Line around the corner, well Tomlins more of a guy who will point you to the Rock around the corner folks. Folks you can find Tomlin next to all the other hundreds of thousands of holidays shoppers, the Steelers are in the back of the line on the outside looking in and the only thing rolling back are my eyes whenever I watch how clueless his backup-backup centers are when Tomlins thrusts them into a game for the winning play and they act completely unprepared.

The Room That Le'Veon Bell Is In 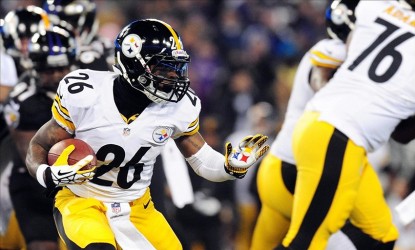 Bell got his Bell rung lmao tm PFT Commenter 2013. Not to make fun of a serious injury (if thats what im obligated to call getting a concussion these days) but Bell really cost his team the game by having poor cobweb-discipline when he got his brain nicked out there. I know that in this day and age concussions have taken on a mysterious "global warming" affect where its supposedly getting worse and worse every year but has anyone stopped to think they're olny getting worse because we're telling people its ok to act like sissies when they just kind've get shaken up and knocked unconscious out there?

To fire up my old teammates, I use to write on my HS team's chalkboard: "if your not seeing stars, your not trying."- Thomas Jefferson.

Maybe some of these guys just need a Mike Leech type to make them go full R. Kelley in a equipment shed= because if your going to act like a tool Im going to treat you like one. What Labian doesnt know is that by not finishing a run, he slashed his pricetag since hes demontrated that everytime he puts his head down he's going to just put his hand up and ask for a blow. I like to have some fun with it and say most of these new runningbacks think "putting a hat on a hat" is when they throw a ballcap on top of there doo-rag before a press conference- and Le'Veon hasn't done much to prove me wrong. 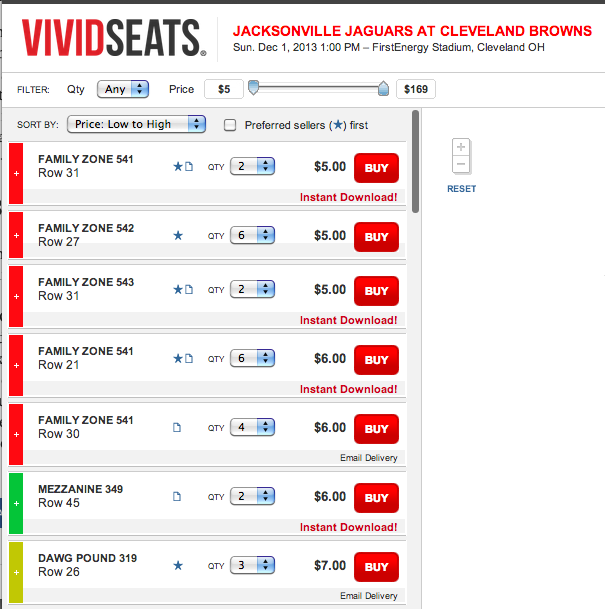 The city who lights there river on fire verse a city full of arsnoists. Tickets are going for around $5 which means that Mark Brunell actualy might be able to afford to watch his old team play if the loan comes through on time. The line at the Walmart will be longer then at the stadium in Cleveland but I dont blame those workers for wanting to pick up all the canned food that got shipped in. If Im being honest here (and i allways am), I have no idea whose starting at QB for the Browns but I wouldnt be suprised if Jason Cambell doesnt know either. So if your in Cleveland this weekend and looking for a cheap date that doesnt involve building sand castles out of Black and Mild filling, the only game in town is literally the only game in town.