Welcome back to a special edition of my NFL awards. This week we revisit a old friend in Philly, finally acknowledge the Bills Mafia for being way cooler then everyone else, and send some love down to Houston. Lets dive right in folks.

Folks, it's our legal duty to give you fair warning about the strong takes ahead. Good thing it's PARODY, because they'd lock us up otherwise. All spelling errors are intentional (we think). -- Ed.

Lunchpail Fellas Of The Week: Lobbin' Nick and Riley Cyrus 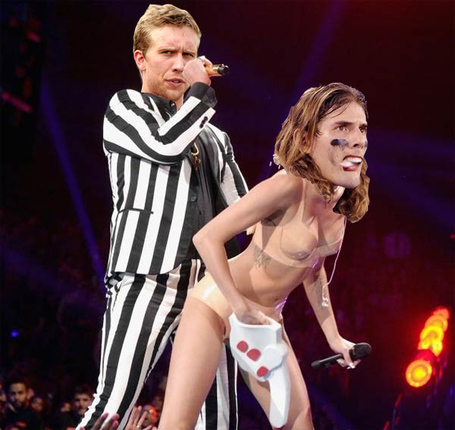 THe only "Blurred Lines" in Oakland were the 40, 30, 20, 10, 5, Goal Lines as Foles and Cooper put on there hard hats and twerk boots and rewrote the record books on Sunday folks. I had a little fun with it and said that on a team full of convicts in Philly,we all witnessed a real "changing of the guard."

Now anytime something good happen's in the city of Oakland it naturally leads to alot of confusion and with good reason. Coach Kelly dug deep in the back of the refrigerator for some leftovers folks and came out shining with Aluminum Foles (Please RT). Seriously I was starting to think Coach Kelly was just a Chip off the Ol' Ball Coach and might hi-tail it back to the Pac-10 if he couldnt hack it in the pros. Well Riley CPR just might of breathed some life back into these Eagles who for once stand to make some noise in the NFC East without there neighbors calling the cops on them.

These fellas no how to have a good time thats for sure. Lets take a look here. Off the top of my head I can see Orange Jubilee, Bannana Red, Peaches and Cream, Strawberry Kiwi, Purple Rain, Electric Melon, and Bling Bling Blue Rasberry. "Some spread huh?" Slight deduction for overlooking Habernero Lime-A-Rita my personal favorite, but all in all this is great hussle. I asked @Smiller060 how many MDs they finished and he kept it humble saying that he had "no idea." I bet you dont SMiller. I bet you dont.

Looks like they also got some jello shots hopefully flavored with Mad Dog too to keep the flavor profile consistent. I would personally love to see a TopChef where Cheftestents either a) had to incorprate Mad Dog into a dish or 2) beerbong a full 20/20 then try to explain the content of a dish without using a racial slur.

I drink 2 MDs every gameday and I turned out just fine. IMO there should be medical exemptions so people can drink them in public like they do with marijuana now unless someone can explain to me why its more dangerous to get blind drunk on fortified wine then it is to smoke up on drugs and maybe accidentally enjoy rap songs.

I dont mean to go of on a rant here but Im passionate about MD 20/20. They have such a cool product that literaly everyone enjoys but they have ZERO socialmedia presence. I would love to represent such a cool brand but I guess Id make for a bad stalker since I cant find there information to reach out and touch base so we can talk branding and synergy when it come's to a win-win scenario were they pay me to talk about mad dog.

Announcer Of The Week: Peter King

Foles: "I am so proud of Riley Cooper. So happy for him. After what he's been through, and how hard he's worked, this is great."

Re your responses to Foles/Cooper, it obviously would have been better if Phil fired Cooper and he was left to be stoned on side of road.

So Im usually not so much a fan of Peter as I have no time for analysts who "think they think" things. I want guys who "know they think" things- enter Pete Prisco. Even I have to take my hat off to Peter for his strongtakes on Riley Cooper.

Coopers has battled back so bravely from almost losing his job because some ppl cant take a joke, and Peter is 100% correct to praise him for his perserverence.

He correctly points out that there are simply 2 stances your allowed to take on the Riley Cooper Wich Hunt:

1. He's been through alot and he needs everyones support because he got bullied

2. He should be killed

Lot of people out there support murder I guess folks. 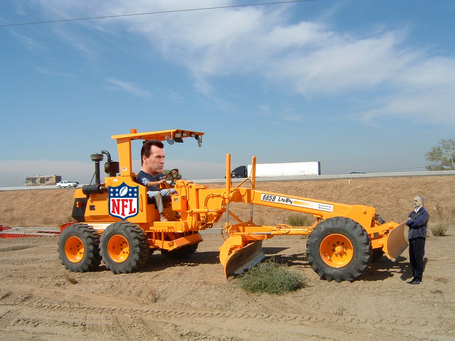 First and fourmost I want to go on record and say that I wish Gary the absolute best in his recovery and tell him how shocked I am that his minor stroke came during a game that was not played in by Matt Schaub. They say the NFLs a pressure cooker league but Kubiak must have a pressure washer for a blood stream for him to stay as healthy as he has this season with Matty Price at the helm folks. People forget that coaches are actual people, I forget it all the time,, but in this case it was a stark reminder that maybe I need to be more mellow when it comes to asking for them to get fired after half of a football game.

While Im rooting hard for Kubiak to remain healthy it was hard not to imagine Pagano on the other side having a snide laugh at another coaches misfortune, but Ol Kubes will have the opportunity to stick it to Lucky Chucky later on this year and I would bet on Houston winning big in that one folks.

Kubiaks a great coach and his commitment to running the ball goes right down to his DNA and it may of saved his life,,  his circletory system runs a zone blocking scheme using smaller more mallable agile blood cells that prefer to operate in space, which was the difference between life and death in this situation. Having lost pretty much every dead person in my family to strokes I truthfully wish Kubiak nothing but the best of recoverys even though it would be alot of fun to see the other half of Texas have to deal with Wade Phillips as a head coach.