Hazing has no place in the NFL because everyone knows football is all about betting. This week's picks against the spread are here to help you remember that important perspective ... and maybe fatten the wallet.

Share All sharing options for: NFL picks, Week 10: Hazing your way to victory

Fact: There are 14 football NFL games happening this week. You can be forgiven if you forgot all about the games themselves due to all drama coming out of the Dolphins' locker room. Or maybe you took one look at the schedule and decided that reading hot gossip was more interesting than the games. Three of the 14 games this week feature two teams with winning records. That's bad, but it's better than Week 9 which had exactly one game between two winning teams.

It's been a great NFL season.

Take out your wallets and start thinking of all the ways you're going to thank me when you hit big on this week's picks. Time got the better of us last week, and I was unable to share my picks against the spread. I suspect you're hungry for some hot tips! Let's jump right in ... starting with one more take on hazing.

Jared Allen decided to weigh in on the Dolphins locker room situation this week with a rousing defense of hazing. Something, something "rite of passage." The rookie indoctrination practice seems to be working well for the Vikings this year, the 1-7 Vikings that went to the playoffs last season and draft three players in the first round this year.

But wait, you say, Allen's comments about hazing and the Vikings' record aren't directly related, at least not as far as we can tell from the outside looking in. True. And we don't really have a way to correlate hazing to winning or unit cohesion. You've got a buffet of hot hazing takes at your disposal this week. Far be it for me to jam one more onto the overheated servers of sports opinion. The bottom line is professional football is winning (except for actuarial bottom line, which is really what's most important in the NFL). Allen and anyone with a Twitter account and an opinion can defend hazing all they want, but nobody can say it's essential to winning football games.

Yes, hazing talk and Dolphin gossip is infinitely more interesting than yet another Thursday night bout between two shitty teams.

This might be the week to bet on the Falcons. Seattle's coming off two ugly games. They beat the Rams in Week 8, with a little help from Brian Schottenheimer, and they needed overtime to take care of the Buccaneers in Seattle last week. Now, the league is sending the West Coast team all the way to the other side of the country. Pete Carroll's team is 1-1 in the Eastern time zone this season. They should handle the broken-winged Dirty Birds, but six points feels a little generous.

The Ravens have now lost three games in a row, a streak that started with a home loss to the Packers in Week 7. That's Baltimore's only loss at home this season. All the Ravens have now is a defense capable of holding its own, a unit that limited the Packers to just 19 points. Someone thinks that both of these teams could produce a total of 44 points. Bettors disagree. We do too.

Jay Cutler might be back this week. It doesn't matter. The Bears have Josh McCown, a quarterbacking vessel controlled by Marc Trestman. His mind beam levitated Chicago past the Packers last week. Sure, Aaron Rodgers was out of the game, but this still happened in Green Bay. Pretty impressive, no? Leave the Xs and Os aside for a minute. Tiny men with giant brains usually triumph over brutes, in the comic books anyway. That doesn't bode well for Lions, even with juggernauts on the defensive line. Go with MODOK here. 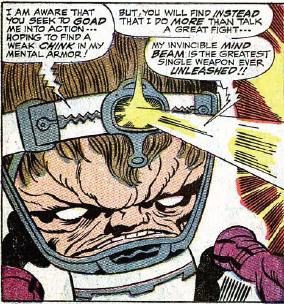 One point. That's all Vegas is giving the Packers with Seneca Wallace at quarterback. Only the semi-frozen tundra of Lambeau Field keep the Packers barely favored in this one. Forget Wallace. Eddie Lacy is the offense now, and a matchup against Philadelphia's defense should be all Mike McCarthy needs.

But let's not discount the chance for Dom Capers to be thoroughly unprepared for Chip Kelly's playcalling. This game, ironically enough, could be a shootout ... without Aaron Rodgers. The Eagles are 5-0 against the O/U on the road. It's pegged at 47 points in this one, and most of the action is on the over, as well it should be.

The last time the Rams beat the Colts they went to the Super Bowl. That was 2001, which also happened to be the second to last season the Rams had a winning record (2003 was the last time). Skip ahead to 2011, when both of these teams finished 2-14. The Colts were deemed the sadder franchise, and got the honor of drafting Andrew Luck first overall. The Rams traded the second pick to Washington, which used it on RGIII. The Colts won 10 games in 2012.

If you're taking the Giants to beat the visiting Raiders by more than a touchdown, you need to ask yourself if you really believe that the Giants, the 2013 version, is better than Oakland. Have you seen the Giants this year?

It's pretty amazing that the Bills are 3-6 when you think about the team's rotation at quarterback. Thad Lewis and Jeff Tuel have started for the Bills. Think about that. They've only lost three games by more than a touchdown. Then again, the Steelers have shown at least some signs of life, mostly against AFC East teams. Ben Roethlisberger has never lost to the Bills, but the Bills never had a defense as capable as this one.

In another week of bad games, this one could actually be a winner, a close game of poorly executed football. Standards!

Someone loves the Titans, someone who makes the schedule anyway. The most surprising thing about Jacksonville's season, besides being the least dysfunctional team in Florida, is that they are 1-7 against the spread ... and that one "win" came against Denver.

To me, this is the game of the week. It's also kind of a nightmare for betting. In fact, your best bet is to probably take the over on 43 points. We'll have a much better idea about this Panthers team after this game and whether or not it'll be worth betting on come January.

Previously unheralded, undrafted quarterbacking phenom Case Keenum has yet to throw an interception. He's already more valuable than singed Matt Schaub jerseys. However, he's got to deal with Tyrann Mathieu this week. The Honey Badger picked off Matt Ryan last week, capping off a Rookie of the Month campaign. It's an interesting matchup in an otherwise forgettable game.

Stat of note: Houston's one win against the spread actually came on the road.

I trace the start of Bronco Mania, or whatever we're calling the nearly unstoppable Broncos these days, back to Week 6 last season. That was the Monday night game where the Chargers blew a 24-0 nothing lead at the half. It was the beginning of the end of Norv Turner as head coach.

This is a better Chargers team than we thought, much better than the NORV! version. Are they good enough to beat the Broncos, probably not.

Drew Brees is on pace for 5,433 passing yards this season. Kind of underwhelming when you consider Peyton Manning's current pace of 50,000 or whatever it is now. That would be the second-highest total ever (likely third after Manning finishes the season), right behind his own record from 2011, and it would be Brees' fourth season with 5,000 yards or more. Stats don't really matter to the Saints right now, probably not as much as balance does.

Fortunately for New Orleans, Monte Kiffin's not exactly the Jets when it comes to defensive game planning. Dallas defensive line could give Brees his fair share of problems, but how much time is he really going to need to feast on the wide open spaces in the Cowboys secondary?

At first I thought this spread was a little generous. Then I looked at passing yards Dallas has surrendered to above average quarterbacks this season. 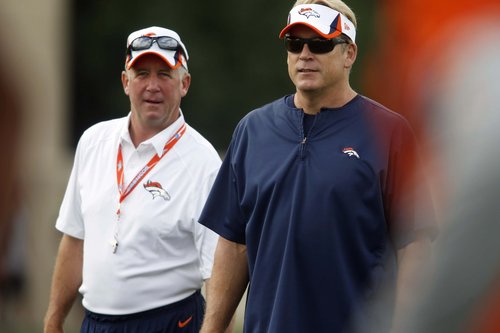 Just how prepared is your team's interim head coaching candidate? Robert Wheel takes a look at the backups.

Want proof the NFL's prime time scheduling is out of wack? This is the second Buccaneers game in prime time in three weeks. The Vikings have been in prime time for three games, or they will be after Thursday this week.

Maybe we shouldn't complain. These two teams have the most interesting narrative of any franchise in the NFL right now, and that includes one team with the owner facing Federal fraud indictment (the Browns) and another with an owner who lost a civil suit for racketeering (the Vikings). They ought to just eschew the actual football here. Replace it with Greg Schiano and Jeff Ireland bare-knuckle boxing match while Richie Incognito screams epithets at them and threatens to defecate in various orifices. Because Florida.

We're also likely to hear Jon Gruden's take on hazing and locker room hijinks, which could be funny, but will probably wind up being weirdly salient most.

I think this is the week the Buccaneers breakthrough. They even have history on their side. Since the NFL expanded to a 16-game schedule in 1978, 11 of the 26 teams to start 0-8 have won their ninth game, as pointed out by Celebrity Hot Tub on Wednesday.

• Roth: The overarching mythology of the NFL