Minnesota Vikings running back Adrian Peterson became just the fifth player in NFL history to reach 10,000 career rushing yards in his first seven seasons, after gaining 156 yards on 24 carries halfway through the fourth quarter on Sunday against the Chicago Bears.

Peterson joins a very exclusive list of running backs who have accomplished the same feat:

Drafted No. 7 overall by the Vikings in 2007, Peterson has remained the premier running back in the league the past seven years and continues to be a workhorse out of the backfield in an era when most teams are choosing to go with a multiple running back attack. Peterson gained more than 1,000 yards in each of his first four seasons in the NFL and would have had five straight if not for missing four games in 2011 due to injury, and has recorded 86 touchdowns during that time. 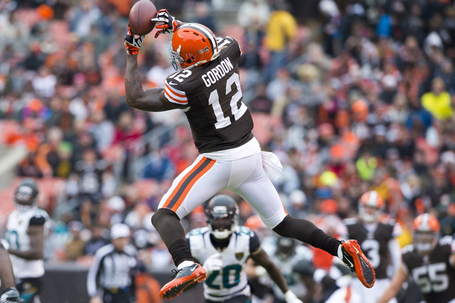 In 2012, Peterson came just shy of the NFL single-season rushing record but came up nine yards short in the final game of the season, finishing with 2,097 yards on 348 carries and 12 touchdowns on the year.

Peterson is second in rushing yards among active running backs, behind only veteran Steven Jackson, who entered the league three years ahead of Peterson, and is No. 29 among all running backs. The young running back, who is still just 28 years old, needs just over 8,000 yards to break Emmitt Smith's all-time rushing record that the Hall of Famer needed 14 seasons to reach; Peterson is on pace to reach Smith's record in eleven.