No Offense to RG3.

Share All sharing options for: The PFT Commenter Roast of Robert Griffin III

Its come to this ladies and gents. Welcome to probly the most triumphant night of my career as were here to honor Mike Shanahans long-overdue decision to bench Robert Griffin the third. I take NO pleasure whatsoever in doing this roast except for the fact that I was right all along and I told you so, so their.

Looking around this room I see alot of Redskins, but lets start with the most red of them all Mike Shanahan. 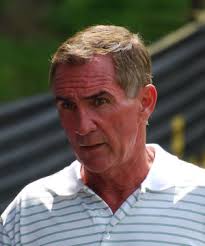 Im glad to see you made it out here, Mike. Lots of rumors flying around DC that Mikes trying to get himself fired, but Mikes no dummy- if he wanted to get himself fired he could of just done something egregously recklessand beyond the scope of even the most negligent NFL head coach, like keeping Jim Haslett on your staff for 4 years. Theres speculation that Mikes eyeing the Houston Texas job, take it from your pal Gary Kubiak just be carful if you see Wade Philips sneaking around with that Lily of the Valley plant. Theyll be sorry to see you go in the nations capitol though. Mike fit right in here in DC giving a prestigous job to his idiot son who spent 6 years in Austin. Mike whats it like knowing that Chris Simms is more embarassed to have Kyles initials tattood on his leg then the other way around? Im sorry Mike thats a bit of a low blow on a guy whose not here to protect himself. 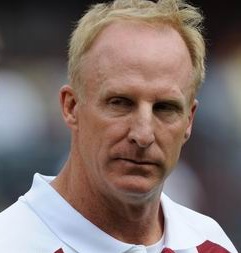 Mr. Haslett good to see you could show up I bet your the happiest guy in town account of Griffins your flashy hopey changy leader who gets all the blame for your struggles,, your like if Joe Biden was a little younger, drunker, and a little bit worse at coordinating profesional football defenses. Jims known as almost a tactless racist,, for instance in his post game reports youll never ever here him say "no offense." Jim Id say your defense reminds me of swiss cheese but at least if you eat enough Swiss cheese it can block up your A Gap and stop the run. Seriously Jim I didnt know how bad things had gotten til I read that the French Army put up 500 yds of offense against you guys.

On a serous note, I know Im having some fun and punking the day lites out of most of you, but the only guy whose literally owned more of you then I have is in the room folks. 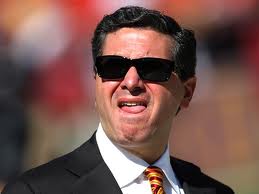 Dan Snyders ladies and gentlemn. I for one am eager to here Dans material,, Dan Im not sure what material youve got planned for us tonight, but I am sure it is going to be short and rich. Alot of people dont know this but Dans still in the Amusement Park industry its just now every time his speical teams unit hits the field its basicaly a trip to Six Flags. Dan I dont know if you read the invitaton thoroughly but it said "two drink minimum." Youve been known by some of your former coaches to take a very active role in your team, I can only imagine the confusion your wife had when Marty Schottenheimer made that big fuss about about you being too "hands on." It's no wonder you drafted suRGery-3 considering how much you like to inject yourself into Football Operations. You know Dan, if I wanted to make fun of all the over the hill QBs youve brought in whove sucked we wouldnt need a roast wed need one of those 6day feasts from the books with the little mice& otters fighting each other and making dandlion wines, but in the intrest of time I guess I have to. 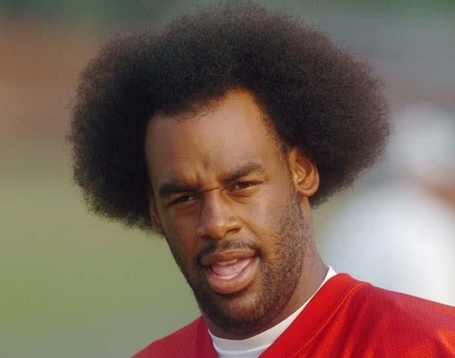 Its Donovan McNabb, great to see you here Don. Yessir, Donovan might be the only thing ever to be attacked by BOTH Rush Limbaugh and the NAACP leadership. McNabbs wasteline, like his transition to being a TV analyst has been anything but seamless. Im sure both the FoxSports viewers will back me up on that. Don notorously suffered from a lack of cardovascular endurance under Shanahan, which is coachspeak for "more of a overweight liability then Rex Grossman." No offense Donovan but I think given your size and quarterbacking abilitys your more prepared for a post-NFL career as a Bouncer. But being out of shape (although circle is a shape, people forget that) doesnt excuse Don from his terrible terrible twitter posts that make Peter Gammonses butt sound lucid. The only thing with less value then Donovans twitter account is his checking account folks.

Robert went from Golden Goose to laying a egg in the span of one year. They said he had the midas touch which explans why his playbooks still made out of paper. After Griffin tore his knee up on the FedEx field sandbox, the Redskins considered switching to synthetic grass, but Field Turf just wont cut it when youve got a QB who draws up half his plays in the dirt. He keeps asking for his coaches to take the handcuffs on and free himself, wich is fitting because at this rate the guys going to have 4 score in seven years folks.

Robert was highly touted going into the NFL draft and the Skins gave up the Matt Millen hat trick to get him. By netting themselfs 3 extra first round picks St Loses will get some great talent on the field and boost there economy off the field since theyre literally able to guarentee that there cities popluation would double by the year 2014. Now Griffin had a decent rookie year by his standards since he won a bunch of individual awards like Rookie of the Year, Participation trophy, and he was the only guy at the Redskins team party at Fuddruckers to drink a entire soda mixed with every drink they had at the fountain. They says that Roberts HGHatorade has electrolytes which is what plants crave,, and that makes sense when you can see that his cornrolls are rejuevenating faster then his knee. Seriously Robert if you extended plays as often as you put them in your hair we might not even be having this coversation. Its gotten to the point where it looks like one of those mop-dogs is laying down on his shoulder pads you cant even see his name anymore folks, no offence to your culture.

Roberts motto this offseason was "All In" For Week 1 But in stead of playing "Poke-her" with his wife he was playing "Hold e'm" in cyberspace with some 17 year old in a tube top. Im not here to spread nasty rumors about RG3 I'll leave that to either of the Shanahans, Im here to talk about his play on the field for the short amount of time hes been on it. Griffins feet-first play was so infectious he gave more people in Virginia Redskin fever then Mike Vick.

RG3 made a big splash when he debuted against the Saints last year and claimed to of invented the popular meme "Griffining" on his first TD to Pierre Garcon,, but in all honesty sitting on your ass fanning your-self while some kid imported from Haiti finshes your job for you is a tradition as old as Louisiana itself.

I know we're hard on you Robert, unlike your ACL. But as your web history shows your even harder on yourself. I just want you to know that we are hard on you because we care about the future and integrity of the game so youll have to foregive me if I don't want a "cornball brother" as my Quarterback, I want a cornball Cousins.