The Redskins and Falcons are among the worst teams in the league, which should making for an interesting battle in Week 15.

The Falcons will host the Redskins in Atlanta in Week 15. Both teams are among the bottom five in the league and have struggled throughout the season. Both teams won their divisions last season but injuries and quarterback play have caused the pair of units to play poorly. The winner of this game would be just playing for pride, while the loser will have a much better draft pick in May. However, the Redskins pick belongs to the Rams, due to the Robert Griffin III trade from 2012.

The Falcons have suffered several injuries this season and have a MASH unit at linebacker. Their number one wide receiver Julio Jones has missed the majority of the season and Roddy White has never recovered from the ankle problems that stem from the preseason. The Falcons rank 22nd in the league in points per game (21.7) and 30th in rushing yards per game (81.2).

The Falcons 3-10 record has eliminated them from the playoffs and served as a lost year for Atlanta. Tight end Tony Gonzalez will spend the last year of his career on a very bad team. The Falcons are in the running for the first overall selection in May's draft. 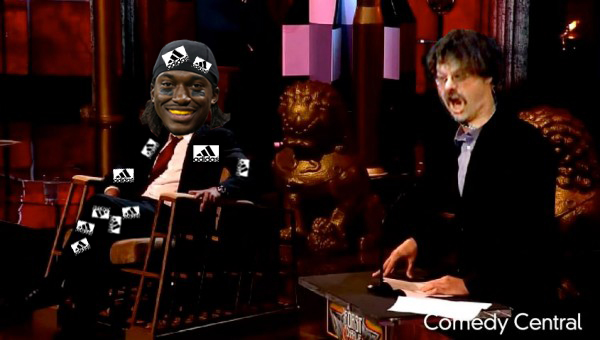 The Redskins are just as awful as the Falcons with an identical 3-10 record. The Redskins ranked 23rd in points per game (21.5) despite having the second best rushing team in the NFL. Washington has dealt with controversy and injuries all season, with Robert Griffin III seemingly at odds with head coach Mike Shanahan.

Washington has been awful on defense and has had little help with Griffin only throwing for 16 touchdowns so far this season. The Redskins are coming off a blowout loss at home to the Chiefs and Shanahan has considered benching Griffin for the season.

Dave Choate of the Falcoholic believes that playing the young guys is the best thing for the Falcons future at this point:

Where the young guys have been forced into the lineup, they're making an impact. Jonathan Massaquoi and Paul Worrilow each grabbed 1.5 sacks yesterday. Malliciah Goodman had the team's best grade in run-stopping, and was a major factor in limiting Eddie Lacy on the ground yesterday. Drew Davis made the most of his limited opportunities, scoring a nice touchdown.

I won't go say far as to say the future's bright. There is too much work to be done on this roster before I'd feel confident in that. Yet it's clear that the Falcons have some intriguing young players on this roster, and at minimum guys like Schraeder, Goodman and Davis/Darius Johnson are quality depth for a team that hasn't had that in a little while.

Mike Harar of Hogs Haven has seen these miserable days of Redskins football before:

Remember last year around this time? The magic that we could all feel building. The new quarterback in town who was doing things that had never been done. The running back who was breaking records. The coach who had finally brought stability to this franchise.

One thing I had been hearing constantly over the last few years was that the adults were finally in charge. No more Dan Snyder meddling. No more college coach who was out of his element. The adults were in charge and we could all rest easy. Sure, the overall record wasn't there just yet, but we were building to something. Shanahan, Bruce Allen and company were overseeing this operation and it was going to be a stable unit that was capable of great things like NFC East championships and eventually Super Bowls.

Be sure to check out SB Nation's team blogs, The Falcoholic, Hogs Haven, for more analysis and highlights from the game.

Ryan Kerrigan on 980 "I personally didnt hear abt any of those reports going into game. I dont think it affected how we played. We were bad"

Seriously, though, have a nomination for next offensive coordinator if Koetter goes?

The Falcons had one of the hardest [schedules] in the league, the second-toughest through the first 14 weeks, according to Football Outsiders. They get Washington, starting Kirk Cousins this week, just in time to screw up getting a high draft pick. I have no doubts that the Falcons will win this one, but that six-point spread feels huge for this team. Atlanta has no pass rush to speak of. Only one team in the NFL has fewer than the Falcons' 27 sacks.

The Falcons are favored by six points, according to Oddsshark.com.