Flynn threw four touchdowns and the Cowboys front office may have a lot of questions to answer for their 7-7 record.

In under two years, Matt Flynn has become a free agent, seen his market dwindle down to only a couple of teams and a contract without many guarantees, lost a quarterback competition to a rookie, was traded, lost another quarterback competition, was released, signed, released again and wound up right back where he started in Green Bay.

Now he's done something that Brett Favre and Aaron Rodgers have never done: Win a game in Dallas.

On Sunday at AT&T Stadium, Flynn threw four touchdowns and led an improbable comeback that gave the Packers a 37-36 win over the Cowboys and kept their playoff hopes alive as they wait for the return of Rodgers. In the meantime, Flynn isn't doing a bad job.

Down 26-3 at the half, it wouldn't have been surprising to see Green Bay head coach Mike McCarthy opt to bench Flynn for Scott Tolzien, but instead the Packers came out firing. Green Bay scored touchdowns on its first five second half drives, with Flynn connecting on touchdowns with four different players. Running back Eddie Lacy punched it in from one yard to give the Packers the one-point lead.

With one last chance to get at least a field goal to win it, the Cowboys came up just short when Packers corner Tramon Williams made an impressive diving interception of Tony Romo to seal their fate.

The loss drops Dallas to 7-7 and one game out of the lead in the NFC East. The Cowboys had a chance to take the division lead back, but they could be eliminated from the playoffs as soon as next week if they lose and the Philadelphia Eagles win.

Meanwhile, Green Bay improves to 7-6-1 and they stay alive for another week. The Chicago Bears improved to 8-6 earlier on Sunday, while the 7-6 Detroit Lions play the Baltimore Ravens on Monday night.

Even if the Packers have to fight with Flynn again next week, it seems like they'll be able to manage. 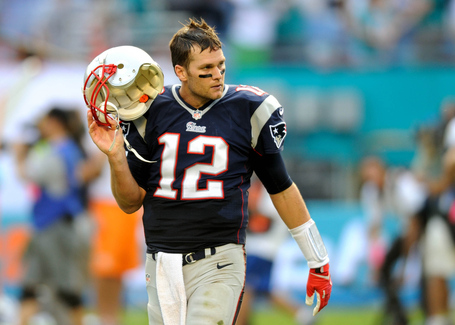 Flynn had 299 yards, four touchdowns and an interception. James Jones and Jordy Nelson were recipients on two of those scores. Lacy had 141 rushing yards with a touchdown.

Bryant had 11 catches for 153 yards and a score, while DeMarco Murray rushed for 134 yards and a touchdown of his own.

This was a difficult game to judge for Vegas due to the uncertain status of Rodgers, but the Cowboys opened as 8-point favorites and closed with some only giving the Packers four points, per OddsShark.com. So, obviously Dallas did not cover.

Next Sunday, December 22, the Packers take on the Pittsburgh Steelers at Lambeau Field at 4:25 PM EST.

The Cowboys head to Washington to take on the Redskins at 1:00 PM EST that same day.