Ryan is facing plenty of scrutiny, but not from his locker room.

Share All sharing options for: Jets players support Rex Ryan as their coach

With the Jets having missed the playoff for a third consecutive season, many in New York are once again beginning to wonder if Rex Ryan is the right man for the head coaching job.

Don't count his players among the skeptics, though. Several Jets have spoken up this week in strong support of Ryan, as reported by Steve Serby of the New York Post.

"As a player, man, I truly believe Rex is the guy for this team," linebacker Calvin Pace said to Serby. "He's the guy to lead this organization."

Should the Jets keep Rex Ryan? 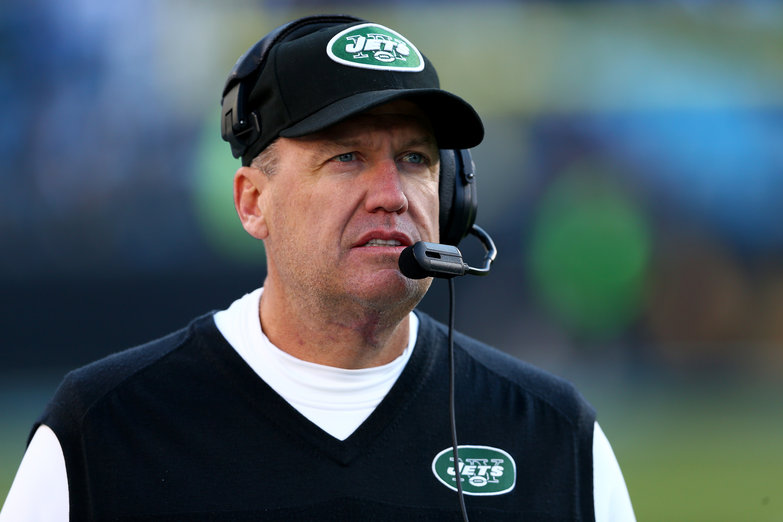 Gang Green Nation explores whether or not Ryan has shown enough in 2013 to warrant his return.

Unfortunately for Ryan, his fate rides on the support of general manager John Idzik and owner Woody Johnson, not that of his players. The Jets fell to 6-8 last week against the Panthers, ensuring their third consecutive year without a winning record.

Pace later added that the Jets were a young team and that those players need more time to get acclimated to the league.

The notion Ryan needs additional time to progress young players is likely irksome for Jets fans who have watched a steady decline over his five-year tenure. Ryan led the team to back-to-back AFC Championship appearances in his first two seasons, but finished 8-8 and 6-10 in subsequent years.

Any chance of his staying likely rides on the Jets' final two games against the Browns and Dolphins. If they can avoid a losing season by winning both, there will be some proof to the forward momentum cited by his players.

"Rex should stay," defensive tackle Sheldon Richardson said. "It's just that simple. This is Rex's defense, this is Rex's team. There's nothing more to it."