calling it a night here, folks

@Ryan Van Bibber more douchy/effective if imposed on the replacementrefsTD.gif

This whole thing has been a ploy by Pete Carroll to prove that Drew Brees is a lizard person, right?

@eightyseven sorry it looks like all we had is whole wheat

Vaccaro is going to be sooooo good in the years to come. Fearless

Nothing you hate more at this point in the game when its cold and rainy than to have a team run Power O at you. Demoralizing

great choice in head ref for this one, yikes if SNF amd MNF were swapped

@Rodger Sherman I’ll forgive you if you make me a sandwich.

Of course the Seahawks are tripping keeping Wilson in too. For why?!

@eightyseven sorry, its just i have so many male friends named “eightyseven”

@mattufford Good I was getting ready to take the earrings off.

@eightyseven Er, those all-caps were meant for Rodger.

The Seahawks did this tonight without Harvin. Imagine if his hip is healthy by the time the playoffs start. it will suffice, someone has to make a rage comic based on that one sooner or later..

Saints can’t even get a screen pass off cleanly.

@eightyseven I believe just the URL will suffice

@eightyseven I believe in you!

@Mark Ennis yea i agree with him and whoever it was that said Wilson should come out… its over..

If by bump in the road you mean “arse kicking” then I agree, Gruden

Ryan- think that line will be too far in Seattle’s favor? or are they really this insanely good.

Sean Payton needs to start thinking about pulling Drew Brees. This one is over.

thinking ahead a little, Seahawks are in San Francisco next week

@Clay Wendler Yes you are certainly correct. He most definitely tried to do something very stupid there.

Not saying the replacements are playing to Browners level, but this aint no Cooper in KC situation so far thats for sure.

@Clay Wendler is it a subtitle when it’s above the guy speaking?

@Mark Ennis same thing for russell wilson, but, you know, the opposite 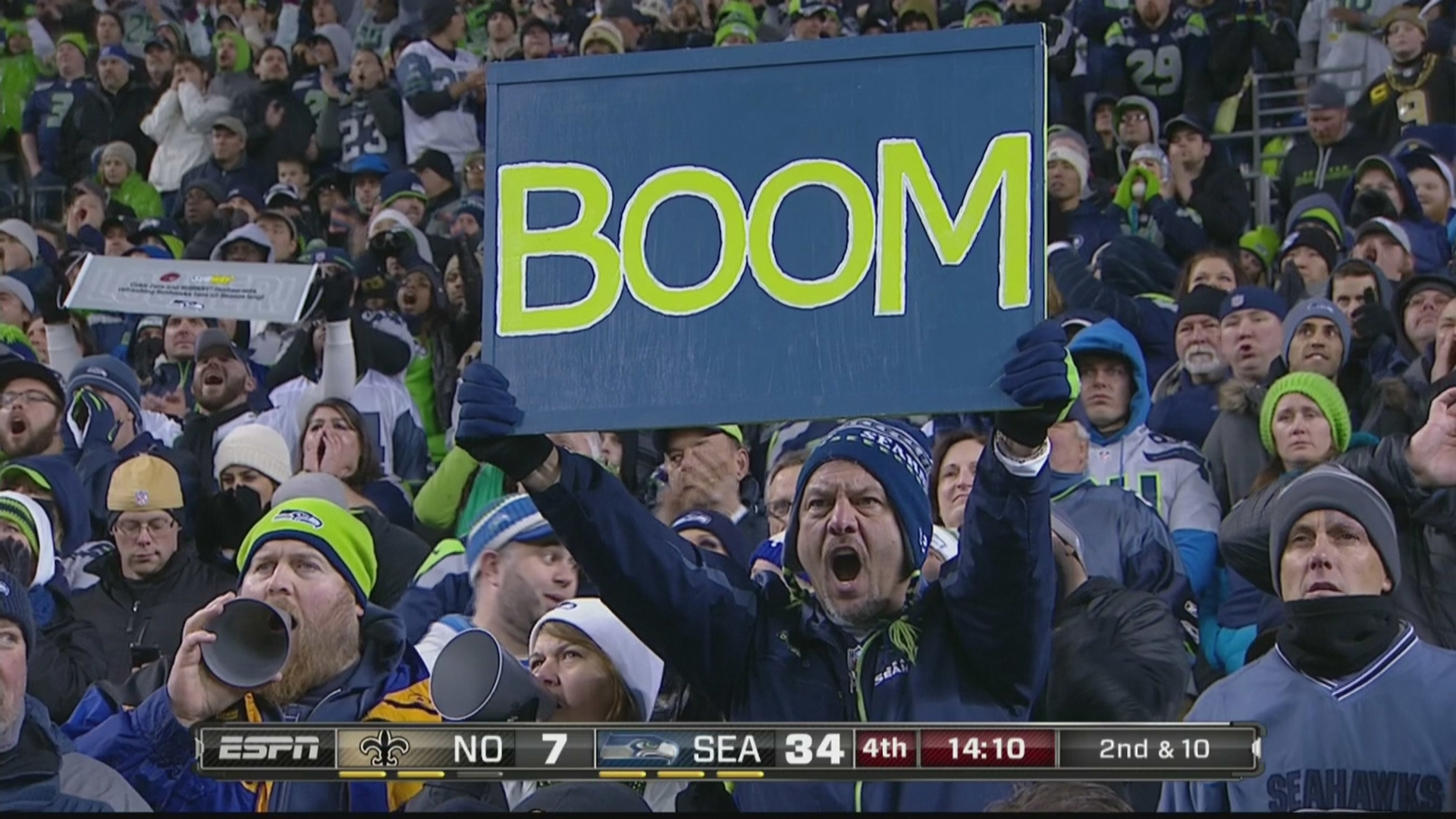 did graham just run backwards trying to run someone over?

Nobody, I don’t care what they say publicly, NOBODY wants to go to Seattle in the playoffs. Doesn’t look like they will have a choice though.

Nothing better on Twitter than when somebody says, "I hate to agree with him, but Prisco is right." Why do you hate it?

These Seahawks dudes are getting off the ball like crazy. Im not sure that was an offsides either 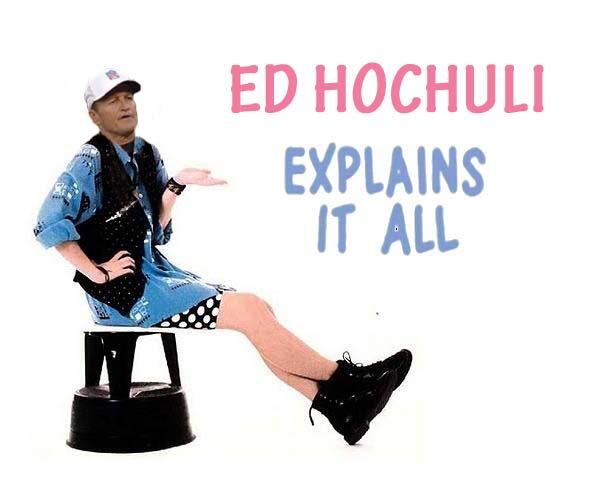 Not sure Russ needs to be in there much longer either

@Mark Ennis It’s like he started a Grinch costume and then said “WAIT I KNOW!” 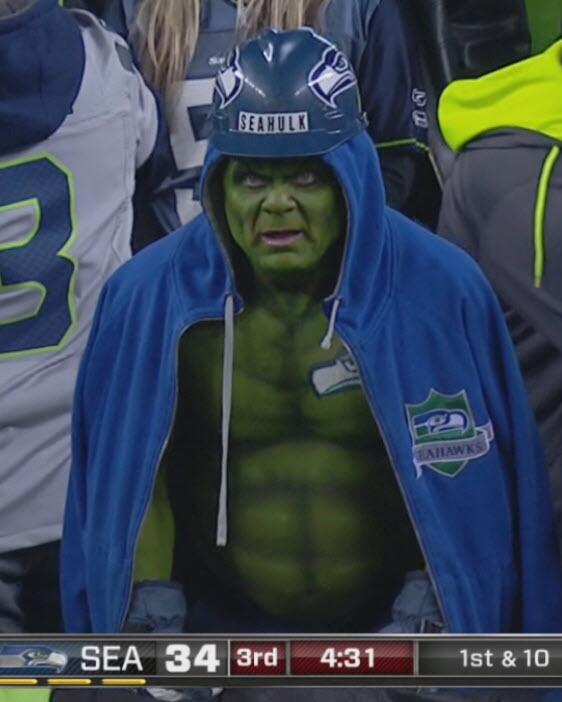 This is what they get for releasing Chase Daniel.

Man, Russell is making a case for me to bench Peyton Manning and start him instead next week in fantasy

@Ryan Van Bibber Correct. Next on the depth chart is Jeremy Lane, who is ALSO pretty good.

Maxwell’s the one that replaced Browner, right?

I sure do love watching the Saints lose (0:

@Raymie Humbert Luke McCown according to the internets

Who IS the Saints’ backup?

How long does Payton leave Brees in at this rate? I would pull him soon

Came here b/c I don’t have cable and can’t see the game. Football by reaction is way more enjoyable :)

You can never be on Twitter, Ed Hochuli. You can’t even be on Tumblr.

Well that does it for me.

The Seahawks even manage to score on accident.

Wait, what? Are they just making shit up out there?

Oh Ed, can’t you just shut up and let them play?!?

Someone needs to check on Pete Prisco

5 continuous days of exhilarating football games, is that enough to cause a lil burnout?

Seattle had 10 in the box in second-and-18 before that timeout. That's a statement right there.

It’s like watching a car wreck. Cant. Turn. Away.

@Navy_Rebel come on, stick around.

Thank you, satistics, for giving me another reason to go to bed early

This game is everything I hoped it would be

Isn’t the Wranger commercial reserved for players close to retirement?

Must have been a good halftime speech

@IsItFallYet? no, Michael Vick confirmed to 2 Chainz via Twitter that his legs are not broken: http://sports.yahoo.com/blogs/nfl-shutdown-corner/mike-vick-shoot-down-rumors-broke-both-legs-004825708—nfl.html

@sgw94 Thanks, I thought the URL and the site itself looked kinda shady, but I also couldn’t figure why anyone would bother to make up up stuff about a has-been like Vick.

@sgw94 In fairness, 7 of these points were not his fault.

So i take it rumors of Rob Ryan’s defensive genius have been greatly exaggerated, at least for tonight?

@IsItFallYet? Hoax. They pull it every few weeks about another pro athlete or famous person

OT: Can anyone confirm this about Michael Vick breaking both legs in a car accident? http://michael.vick.mediafetcher.com/news/top_stories/football_car_crash.php?location=Philadelphia&fb_action_ids=10202509829644031&fb_action_types=og.likes&fb_source=other_multiline&action_object_map=[139833672829767]&action_type_map=[%22og.likes%22]&action_ref_map=[]

Oh, hey guys, pardon my tardiness. Guess I missed some Seahawk domination but Im locked and loaded for the second half

the seahawks just won the SB

This is a humiliating drive for the Saints defense.

@Mark Ennis Schiano would yell at him then

Seattle is in a different zip code tonight

@Mark Ennis Graham would have caught it

Lack of urgency is disturibing

that’s a pretty violent commercial for lunch meat on bread

@Ryan Van Bibber I think Mike Glennon would fall down.

that was a pretty incredible play by Wilson, damn near had the TD. Imagine most other QBs trying to do that

@Clay Wendler wooooooooo record! until some other team decides to get hype about breaking it!

Something particularly demoralizing about converting a 3rd and long with WR screens. 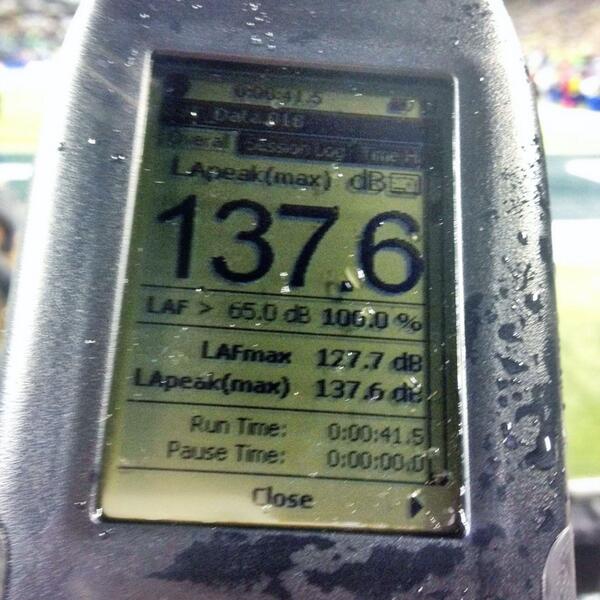 pretty sure they just showed an Avatar thing in the stands.

“KENNEDY SHOT HIMSELF YOU IDIOT!” – Pete Carroll, to the side judge

seriously insane throw off the back foot

Good to hear Chicago might get Jay Cutler back soon. (He plays defense, right?)

@Ryan Van Bibber oh lawd. dont remind me how worse it could be

I feel a little better. But not much. I see failure in the future. 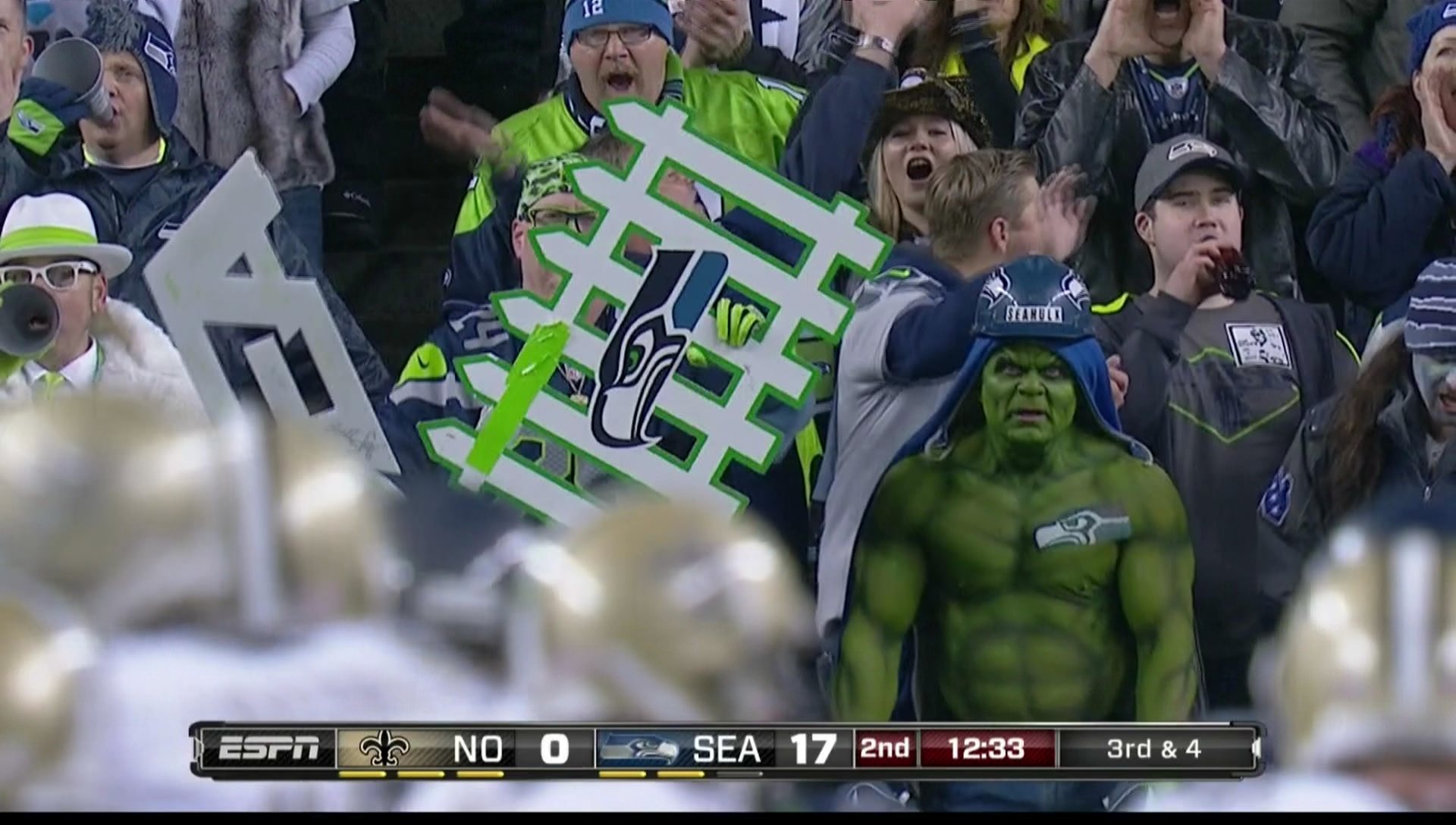 Yeah, you’re gonna have to make a better choice there, Richard.

Ed was pretty brief on that one

@Clay Wendler is the hair engineered to increase loudness? 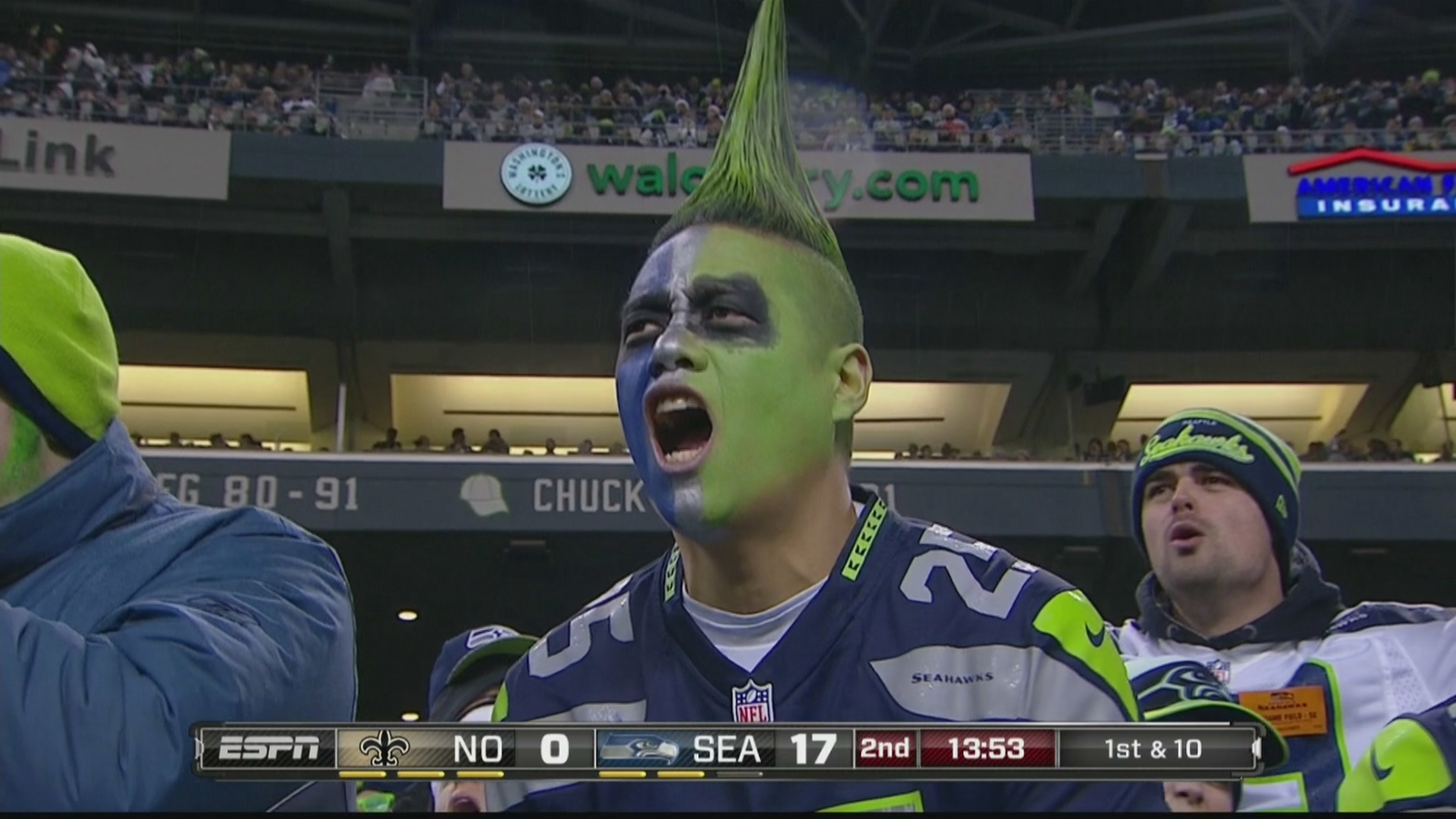 If Beetlejuice cheered for an NFL team it would be the Seahawks. (Sorry, Raiders.)

Gotta say it was pretty courteous of Seattle as an entity to finally complete that coach trade with USC. Although they could’ve given up a little bit more in return.

the 17 points are the most allowed by the saints in a first quarter this season. previous high was 10 in week 1 vs. atlanta.

Pete Carroll was created in a lab to annoy Jim Harbaugh

solid coverage there by the Saints … can I put my bag on now?

Zach Miller: you sir, are no Marshawn Lynch.

Oh damn that was pretty.

You know Ed Hochuli is ITCHING to sing a call one of these days.

Is it me, or is that the second time there’s been a Seattle offside not called?

From our research department …

@Navy_Rebel guitar? What does WOD mean?

@Ryan Van Bibber what is Jimmy playing on the board you think?

Saints playcall board has WOD because Sean Payton is a Crossfit bro forever pic.twitter.com/cHvKWWSQEJ 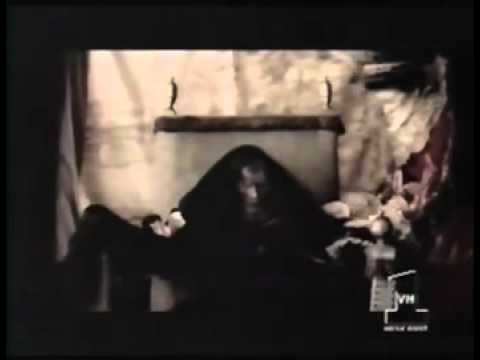 The Hulk is so happy he just turned into Bruce Banner

And that’s your ballgame folks

@Mark Sandritter Weirdly, however, he hasn’t lost a fumble in opposing territory all year.

Marshawn Lynch has to lead the NFL in redzone fumbles.

Did Pete Carrol get the Double Bubble advertisement contract?

What if the crowd is so noisy Rob Ryan thinks he’s at a rock concert? He’s gonna headbang, right?

Is Roman Harper mad he wasn’t getting burned or something? 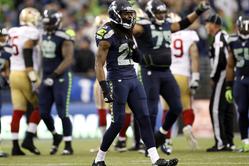 An illustrated guide to playing cornerback

Who’s the best corner in the NFL right now? Richard Sherman would tell you that he is, and he makes a good case for it.

@Run Home Jack this one time freshman year i — awwwww man, i always get so excited

If Wilson was moving forward at the snap, isn’t that a penalty? SHHH SHUT UP MATT

@Ryan Van Bibber I’m sure there’s a combination of spices you have to marinate in before he makes you into a sandwich.

whatever happened to Colston this year?

That play pleased me.

Are there written guidelines for being a Gruden Grinder?

They’re all the Browns game thread.

is this the Browns game thread?

Hooray not another NFC East game!