A very merry Christmas list for every NFL team

The regular season is almost over, and just in time for Santa to help fill each team's wish list. PFT Commenter just so happens to have the perfect gift ideas for all 32 franchises. 'Tis the season for strong takes. 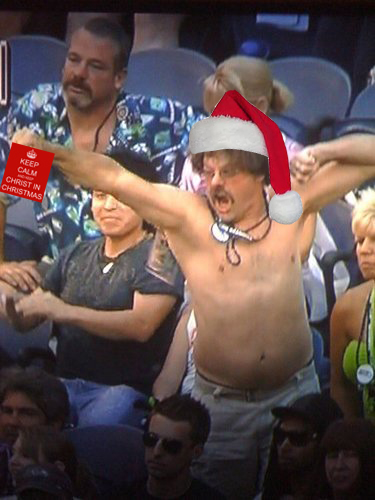 Im here to wish you a merry CHRISTmas. Dont call it a holiday thats disrespectful and intolerent of MY holiday. What does your NFL team want for the holidays? Well I'm here to tell you folks. PFT Santa is coming HARD down your chimney with a suprise in his sack for all the NFL teams.

Buffalo Bills- a starting RB if you have 2 starting RBs you dont have 1.

Denver Broncos- Global warming to hurry up and get here in time for the playoffs. Also a new fax machine.

Green Bay Packers- for Aaron Rogers to figure out if hes a bluecollar QB or a brokecollar QB- The reason for having a training room is to GET OUT of the training room. Hes putting in new cabinets and taking out lines of credit on it at this point.

Jacksonville Jaguars- A passport or a telly

Miami Dolphins- 50,000 sets of those fake noses&glasses for the fans to show a support for there bullied teammate Richie Incognito at the last home game vs the Jets

New England Patriots- Wishing they could go back to a TE who at leased woudnt shoot HIMSELF in the foot.

New Orleans Saints- Just a couple more weeks for Rob Ryan to pay back his bookie hes good for it and he has reason to believe that game of cow-shit bingo was fixed. And forgiveness for plowing your wife in the hottub at Sandals. And your daughter. And her friend from choir.

Philadelphia Eagles- Walter Payton man of the year award for Riley Cooper. In other free speech news, "Duck Dynasty" is coincidentally what the Lincon Field earthworms also call the 2000-2009 era

Pittsburgh Steelers- A invisible fence for there coaches

San Francisco 49ers- a REAL QB and not some gimmick. Lets face it if were talking Christmas gifts, Colin Wrappergift is the shredder slammer Pog version of a QB just a matter of time til his flashy destructive style of play is outlawed for good.

Seattle Seahawks- A new leash and waterbowl for the 49ers

St. Louis Rams- a explanation to there fans why Missouri gets two football teams but Pittsburg only gets one

Washington Redskins- you mean besides allegedly needing an new team name, owner, coach, starting QB, fans, stadium, and some draftpicks? There all set.

Merry Christmas folks! From me to you Godbless you all except if you read this Obummer. 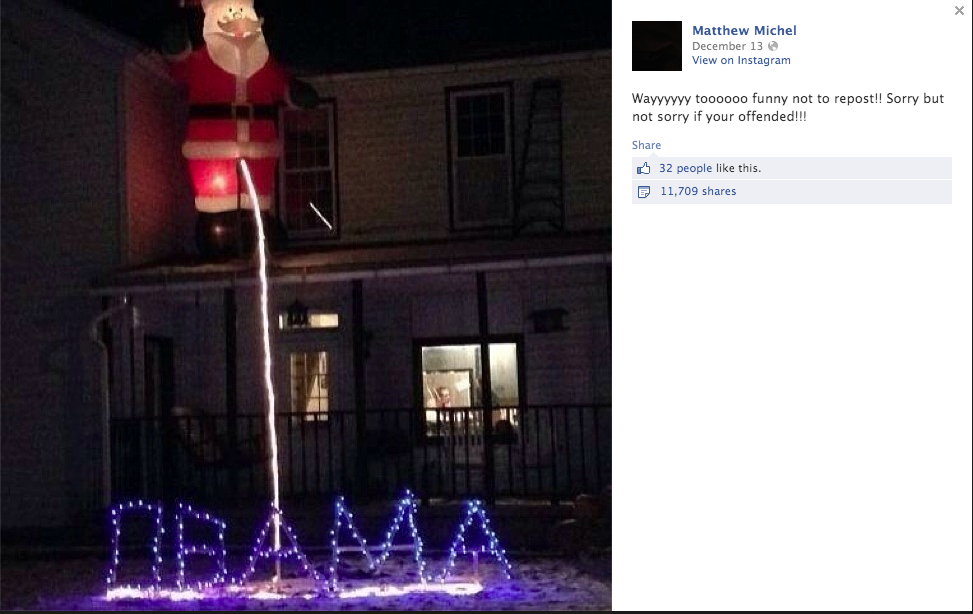