The rookie of the year races are heating up with one week to go.

When Aaron Rodgers went down in Week 9, it was obvious the Green Bay Packers were in trouble.  When he was diagnosed with a broken collarbone, things looked even worse for the Packers. He hasn't played a game since, but the Packers head into Week 17 needing a win to clinch the NFC North and head to the playoffs. Despite a revolving door of mediocrity at quarterback, the Packers find themselves a game away from having a chance at the Super Bowl.

How have they done it? Rookie running back Eddie Lacy has become a workhorse. The physical, bruising back has had his ups and downs as a rookie, but he's been far more up than down lately. His two-touchdown performance against the Steelers kept the Packers in the game and made him the jumping off point for this week's rookie watch.

Eddie Lacy, Running back, Green Bay Packers: Lacy has become the Packers' MVP on offense in the second half of the season. On Sunday, he averaged more than five yards per carry and found the end zone twice in a losing effort. He now has 290 yards rushing and four touchdowns in his last three games. Once Rodgers returns healthy, the Packers may have the most balanced offense they've had in years. 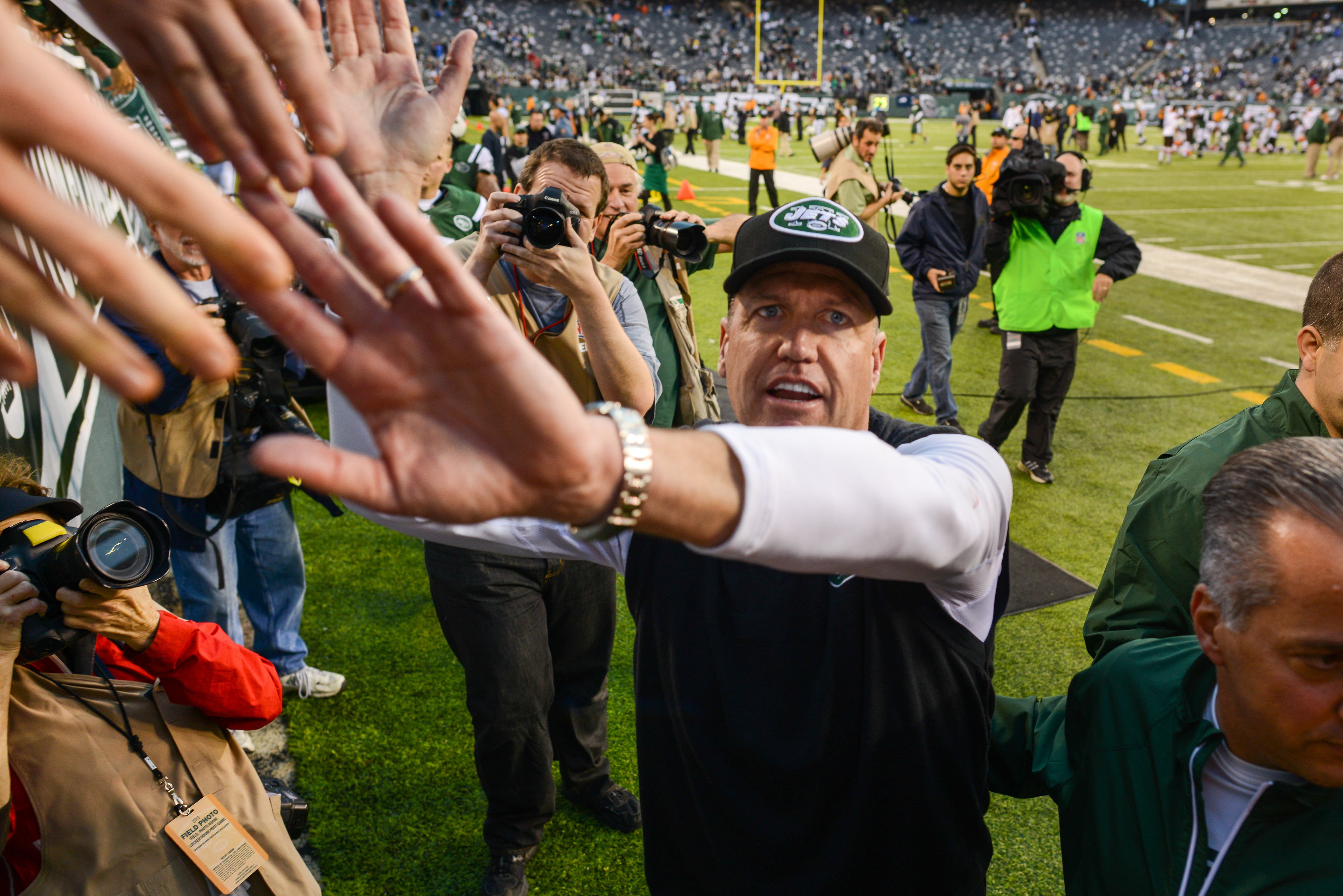 Merry X-Mas Eve folks Santa left his award's under the tree and it looks like Peyton Manning got a lump of coal.

D.J. Fluker, Right tackle, San Diego Chargers: D.J. Fluker has returned to his spot at right tackle and looks much more comfortable. His powerful run blocking has been apparent regardless of which tackle spot he plays, but he's been far better in pass protection on the right side. His penalty aside, Fluker was rock solid in Week 16. He didn't allow a single pressure.

Alec Ogletree, Linebacker, St. Louis: The St. Louis Rams know what they have in Alec Ogletree through one season of play. He's a long, fast linebacker who can take on blockers in the running game and get after the quarterback. He can't cover, however. Both of those extremes were on display in Week 16, but he made an impact on the game because of his pass rushing and run stopping. He still has a long way to go in coverage (he allowed five catches for 100 yards this week), but he's starting to have a positive impact on the game for the Rams. The progress is evident.

Bjoern Werner, Linebacker, Indianapolis Colts: When the Indianapolis Colts selected Bjoern Werner, his fit in a 3-4 defense was immediately called into question. A player who spent his college career with his hand in the dirt had to transition to standing up. It hasn't gone all that well for Werner in his rookie season. Even though he has sacks in consecutive weeks, he's not consistently generating pressure. Outside of his sack against the Chiefs, which was the result of Alex Smith holding onto the ball too long and sliding into the sack, Werner did nothing else in the game. His production is promising, but the season as a whole has left a lot to be desired.

Eric Reid, Safety, San Francisco 49ers: Overall, Eric Reid has been solid as a rookie. He continues to let up too many big plays, though, and that continued against the Falcons in Week 16. Reid is an aggressive player with the size and speed to be a difference maker on San Francisco's defense. He just needs to reign it in a bit at times.

Matt Elam, Safety, Baltimore Ravens: Much like Eric Reid, Ravens safety Matt Elam has issues with aggressiveness. More so than Reid, it feels like Elam is missing assignments and getting drawn out of position. After a strong outing against the Lions, Elam took a step back against the Patriots.

Offense: Keenan Allen, Wide Receiver, San Diego Chargers: Eddie Lacy is making a late push for Offensive Rookie of the Year. Lacy has over 1,100 rushing yards and 10 touchdowns this season. But Chargers wide receiver Keenan Allen has 66 catches for 957 yards and eight touchdowns. Rookie wide receivers don't make that type of impact often, but Allen has already been Philip Rivers' go-to-guy. This race may be decided in the final week, but for now, Allen keeps the top spot.