Mike McCarthy said Lacy will likely play against the Bears and hinted that Cobb could return from the IR in time for Sunday.

As if people weren't already dancing on Lombardi Ave., the good news just keeps on coming in Green Bay. On the same day it was announced Aaron Rodgers would make his long awaited return against the Chicago Bears on Sunday, Mike McCarthy said rookie running back Eddie Lacy was expected to play and even hinted that wideout Randall Cobb could return for the game.

Lacy left with a sprained ankle in the fourth quarter of a loss to the Steelers last week. He did not practice Thursday, but will likely be on the field Sunday for the Packers' win-or-go-home showdown, McCarthy said during a Thursday press conference.

Aaron Rodgers will start in Week 17 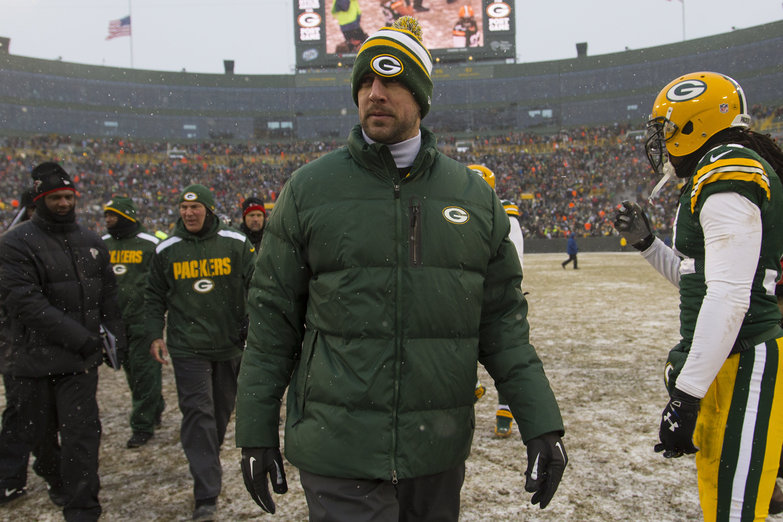 After eight games on the sideline, the quarterback will return and seek revenge against a Bears team that fractured his collarbone two months ago.

Lacy has tweaked his ankle three times in the last three weeks, but does not have a debilitating high ankle sprain, according to Tom Silverstein of the Milwakee Journal Sentinel.

"When he runs, you don't see it," running backs coach Alex Van Pelt told Silverstein. "I'm sure there's soreness in between plays, but it's just a matter of getting those endorphins popping enough where you don't really feel it.

"Thank goodness it's just a normal sprain, so I think he's just managing the pain and trying to rest it as much as possible."

Cobb has been on the injured reserve list since fracturing his tibia in Week 6. Though he has yet to return to the active roster, comments from McCarthy on Thursday suggest that move could be imminent, Paul Imig of FOX Sports is reporting.

"I thought Randall had a very good day today," McCarthy said. "He was very positive at the end of practice. I feel a lot better now than probably I did this morning. He definitely took a step in that direction."

Cobb said he finally began running and cutting with confidence and expressed hope that he would be able to return as soon as Sunday to help his team battle into the playoffs.

"This week in practice I'm going out and preparing to play," Cobb said. "But that's not my call to make. My position is to communicate with the coaches and with the training staff how I feel and just let them know that and let them make that decision."

With defensive tackle Johnny Jolly and Brandon Bostick being placed on the IR this week, the Packers have space to add Cobb to the active 53-man roster if they so choose.