49ers vs. Cardinals 2013 game preview: Another high-stakes matchup in the NFC West

A potential division title is on the line for one team, and a potential playoff berth for another. The tough NFC West just keeps getting tougher.

Share All sharing options for: 49ers vs. Cardinals 2013 game preview: Another high-stakes matchup in the NFC West

Playing in the toughest division in football, it didn't just seem unlikely that the Arizona Cardinals would miss the playoffs after a 3-4 start, it seemed impossible. Of course, the math hadn't eliminated them yet, but it would only be a matter of time, and probably not a lot of time. 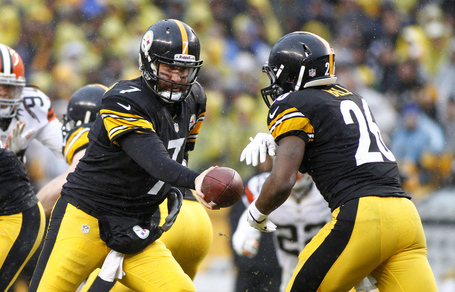 After beating the Browns on Sunday, the Steelers will await the outcome of Chargers-Chiefs to learn their postseason fate.

Eight games and seven wins later, the Cardinals are still longshots to make the playoffs, but you have to be impressed with how far they've come, no matter what happens. Their first order of priority: Beat the San Francisco 49ers in Week 17.

The only problem with that isn't just that the 49ers are a great team, but that San Francisco also has something potentially huge on the line, and that's potentially winning the NFC West for the third year in a row. Their first order of priority: Beat the Cardinals.

Both teams find themselves playing with something big on the line, both need help from another team to get what they want, but both also know that the most important thing of all is to win this game. Here's a look at Arizona and San Francisco in the season finale. 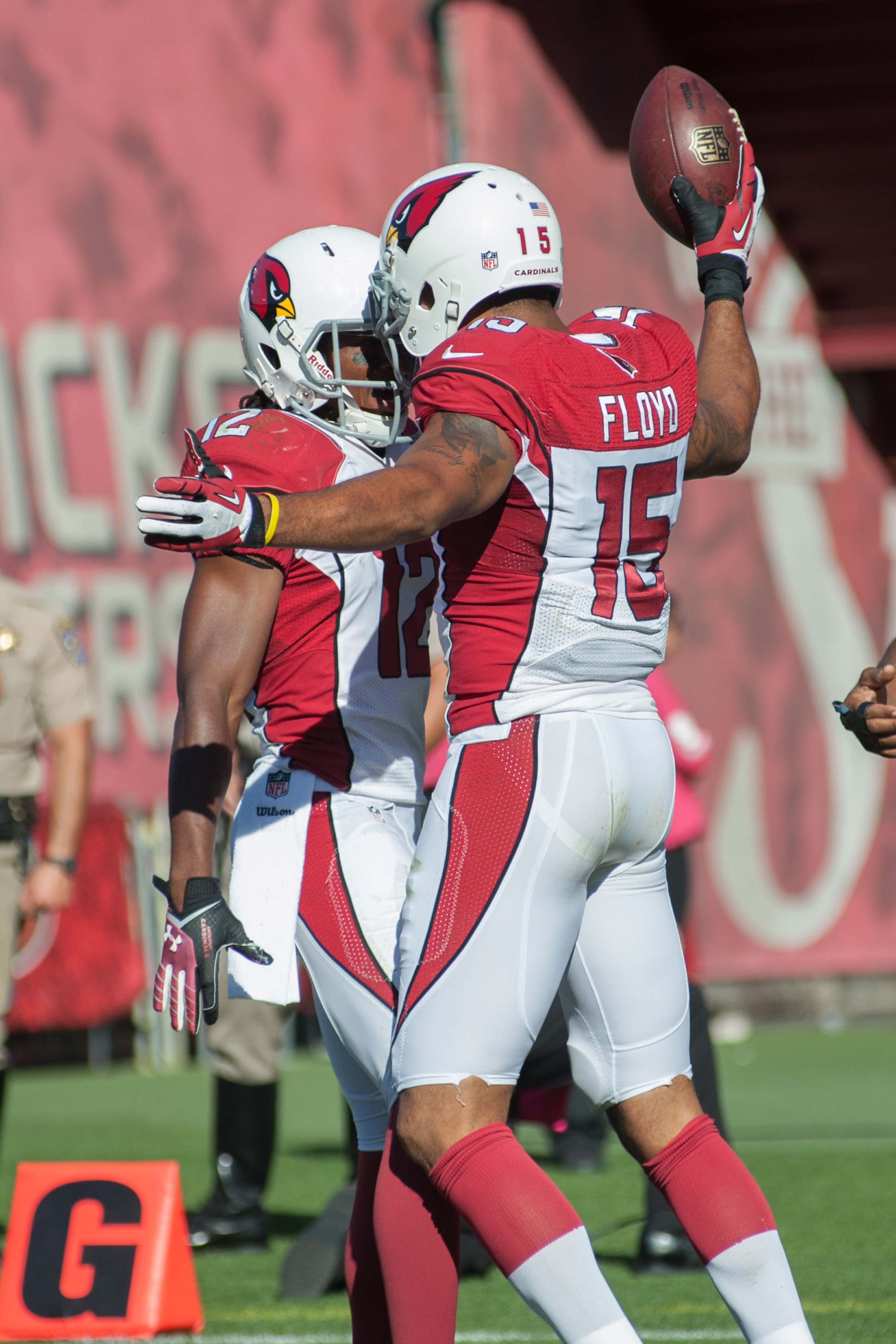 With a division title on the line for one team and a playoff berth for the other, neither team will be backing down this Sunday in Arizona. Who do the experts say will win?

The Cards have won seven of their last eight games to get to 10-5, only the second time since moving to a 16-game schedule in 1978 that Arizona has won at least 10 games. If they beat the Niners this Sunday, they'll have their best record in team history over a 16-game schedule, and the Cardinals still might not make the playoffs.

In order for that to happen, they'll need to win and also see the New Orleans Saints lose to the Tampa Bay Buccaneers.

While the offense has improved under head coach Bruce Arians and quarterback Carson Palmer, the Cards' bread and butter is their defense. Ranked seventh in points allowed, sixth in yards allowed and first in rushing yards allowed, Arizona's D is potentially the organization's best since moving to Phoenix in 1988.

Led by Daryl Washington, Patrick Peterson, Calais Campbell, Karlos Dansby and John Abraham, the Cardinals are a tough team to score on, as they showed in their win over the Seahawks in Week 16 by a score of 17-10. If they can do the same to San Francisco, they'll really show that they've arrived. Even if they are held out of the playoffs again.

Beating San Francisco is no easy task, though. The Niners are once again one of the top teams in the league, having now gone 35-11-1 under Jim Harbaugh in three years. San Francisco locked up a playoff berth, but if the 49ers can beat Arizona and the Rams upset the Seahawks in Seattle, they'll also have their third straight division title. 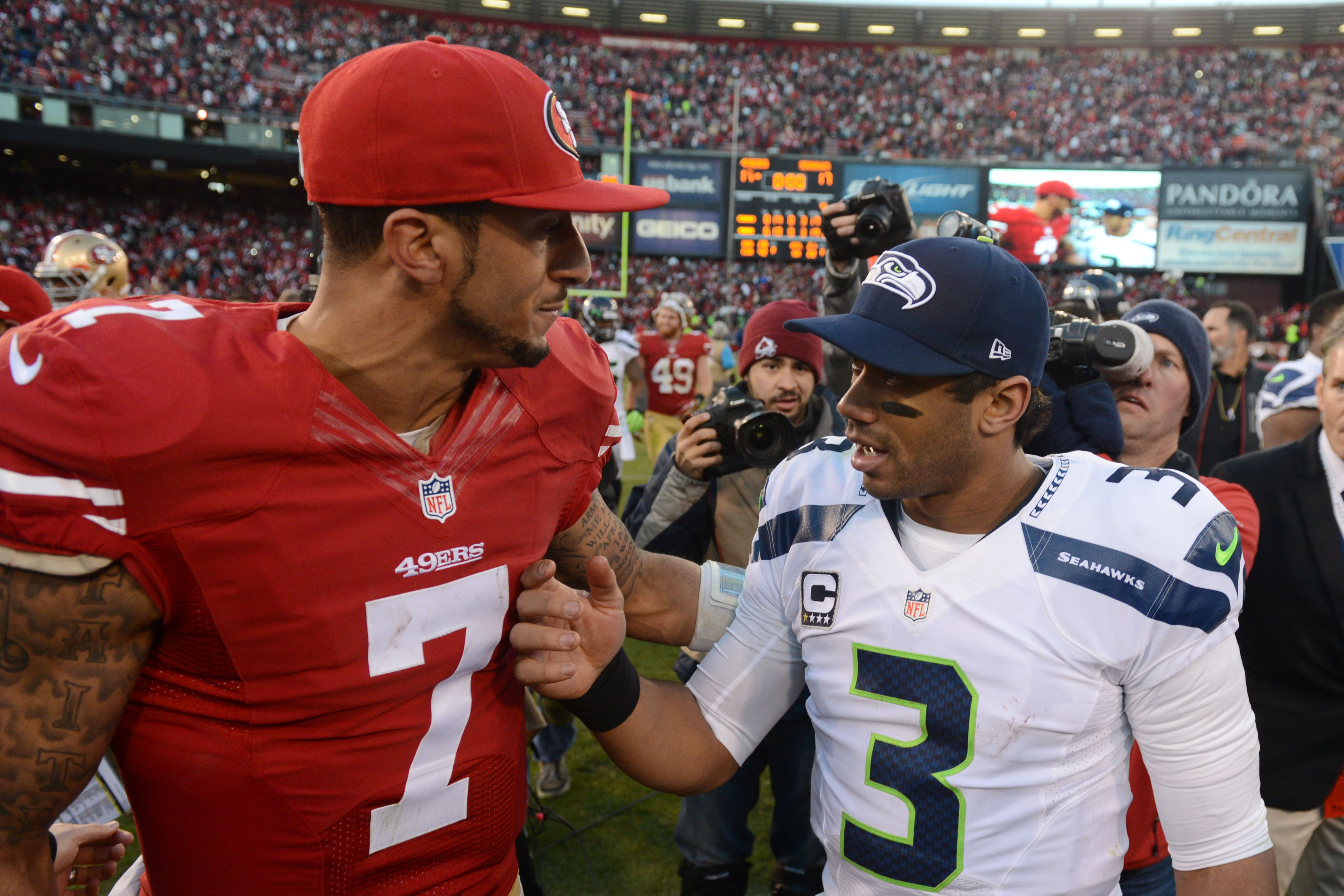 While there was certainly some shuffling in the postseason race on Sunday, there's little change at the top of our power rankings heading into the final week of the regular season.

It's also the third year in a row that the 49ers have boasted a top-three scoring defense, thanks to the elite linebacking corps of Patrick Willis, NaVorro Bowman, Aldon Smith and Ahmad Brooks. Rookie safety Eric Reid has done an excellent job of taking over for All-Pro Dashon Goldson this season, and there's going to be quite a bit of top-level defensive talent on the field in Arizona on Sunday between the two teams.

Perhaps the X-factor, though, is quarterback Colin Kaepernick, who unsurprisingly has appeared to get a boost in his own performance following the return of receiver Michael Crabtree four weeks ago. Crabtree has put up 255 yards in that time, which already ranks third on the team behind Anquan Boldin and Vernon Davis.

Combined with the ageless Frank Gore, and it's easy to see why San Francisco hasn't fallen out of the race for the division title with just one more game to go.

Cody Schiemann from Revenge of the Birds takes a look at what Arizona needs to do to keep the good times rolling into next year, win or lose on Sunday:

No matter when the season ends, whether it is Sunday or Super Bowl Sunday, we need to keep this team together for two or three years. In 1998, the Arizona Cardinals shocked everyone and made the playoffs, the team was good --not great, but good. In the playoffs we faced the evil empire in the Dallas Cowboys. In the game we were supposed to be a speed bump to Dallas' last great run through the playoffs with the big three still intact. Of course we know how that ended.

Looking at that offseason, it will serve as a blueprint of how not to do things. They lost their top linebacker (Jamir Miller) to a huge contract to Cleveland, and let one of their best linemen leave (Lomas Brown, also to Cleveland) while over paying for people that had one good year but were average players nevertheless, and losing several coaches and somehow going from 15th in the league in scoring, to 30th. That was a bad off season. Arizona followed up their 1998 playoff team with a 1999 6-10 failure

Now I think they have learned their lesson from that offseason by signing their core players at really good numbers.

David Fucillo at Niners Nation takes a look at some under-the-radar players to look out for in Week 17:

This week, the under-the-radar player I'll choose is actually a pair of guys: Anthony Dixon and Will Tukuafu. The 49ers lost fullback Bruce Miller for the season two weeks ago with a scapula injury. Anthony Dixon had been his backup, but the team also brought in Will Tukuafu, who had left the team with an injury settlement early in the season.

Dixon is a running back who focuses on special teams, while Tukuafu is a defensive lineman who got fullback work in his previous stint with the 49ers. The team ended up splitting the work fairly evenly between Dixon and Tukuafu, with Dixon getting 11 snaps and Tukuafu getting 12. Dixon is more likely to be used in the passing game, while Tukuafu is more likely to handle lead blocking work. Both performed solidly in Week 16 against the Falcons, and will likely see 25 or so snaps combined.

Be sure to check out SB Nation's team blogs, Revenge of the Birds and Niners Nation, for more analysis and highlights from the game.

Arizona hasn't just beaten up bad teams or overrated teams on its way to a 10-5 record this season. By beating the Carolina Panthers and Seahawks, the Cardinals have proven they can beat some of the best in the conference. When these two teams met in San Francisco in Week 6, Arizona trailed just 22-20 entering the fourth quarter before losing 32-20.

The Cards have proven they can hang with the Niners and that they can compete with the best teams in football. But can they go 11-5 for the first time in franchise history?

Both teams have played great football this season and it could come down to the last play, but perhaps San Francisco pulls it out just at the end. It should be an extremely close matchup.

This game is even money, according to OddsShark.com.

If the Cards can win, coupled with a Saints loss, they'll be taking a wild-card berth as well and go on the road in the first round of the playoffs.