The Broncos broke as many records as the Raiders had touchdowns on Sunday.

The Denver Broncos dominated the Oakland Raiders on Sunday, breaking records and securing home-field advantage throughout the playoffs in the process. 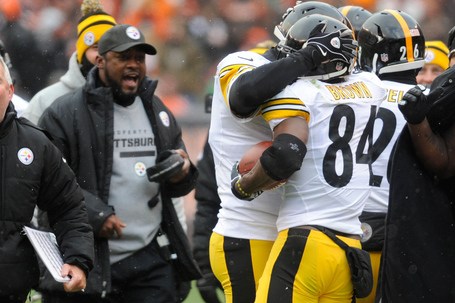 By the second half, Brock Osweiler had taken over, and the Broncos had taken the foot off the gas. Manning finished the game 25-of-28 passing for 266 yards and four touchdowns, giving him 55 touchdowns on the season. The four touchdowns gave the Raiders the most passing touchdowns allowed (33) in a season in franchise history.

Osweiler was efficient in the second half but only led the Broncos to three second-half points. The Raiders added two late touchdowns but it was too little, too late.

The win helped the Broncos lock up home-field advantage throughout the playoffs.

Peyton Manning finished off a dominant fantasy football season, throwing four touchdowns to bring his total to 55 for the season. Demaryius Thomas caught a pair of touchdowns, and Knowshon Moreno added a touchdown as well. The Broncos offense produced plenty of fantasy football studs as it has done all season long.

The Broncos were a 10-point favorite, according to OddsShark. They easily covered the spread.

The Broncos have a bye week and home-field advantage throughout the playoffs.