With a down week for Danny Woodhead, it's anyone's game.

Heres a list of times its acceptable for a grown man to cry:

I use to call him Ionknowshon but the guy has truly impressed me these passed weeks. Im giving Knowshon the nod this week on account of he was man enough to stop getting plowed every night and dig himself out of the hole that he got in early on in his career and look at him now. I call Peyton Manning the Foreman not only because of the size of his dome but also because he gets the other players (RBs are technicaly subcontractors if there franchise tagged) to pull more weight and really dig deep. I know what your thinking and yes, its a strong possibility that Knowshon was just thinking about Tupac or that he knew the cameras were on him but all in all I have to acknowledge it when a man cries enough tears to drown Trindon Holliday. 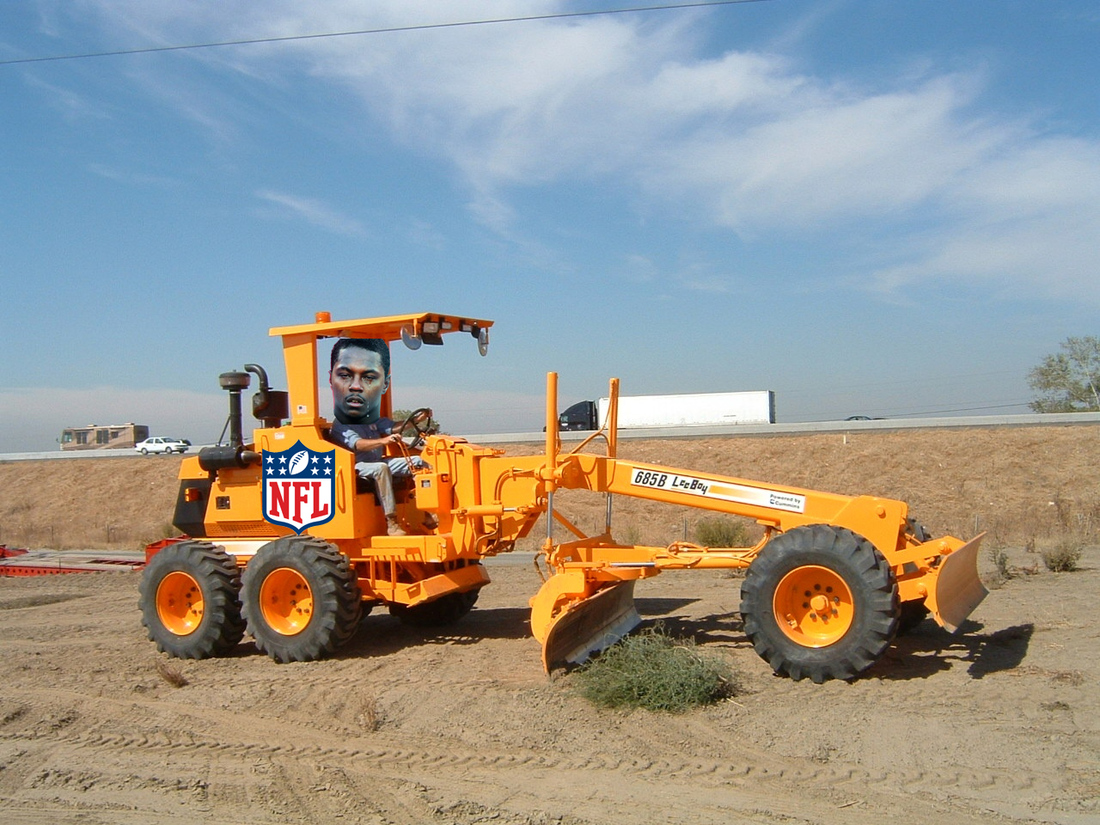 Fan Of The Week: Mayor Of Canada Rob Ford 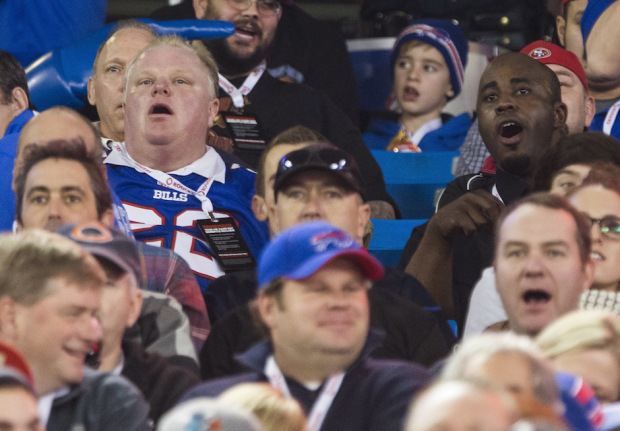 NOBODY FALLS OFF THE WAGONS LIKE THE BUFFALO BILLS.

Embattled Mayor (and former Road Grader of the week) Rob Ford embodies everything you want to see in a NFL fan. Lets go to the checklist- grownup wearing a NFL jersey, check. eating buffalo wings and licking the heck out of your fingers like its your wifes birthday after a bottle of pinot- check.

I personaly think that Rob Ford would make a excellent NFL commissioner, as a recovering crackhead he would resonate well with many league circles, and hed "speak the language" in a way. Hes a football-loving union-busting round mound of Coke& Crown just like the ol' Rough Rider Roosevelt (the good Roosevelt with legs that could walk up to you and give you a firm handshake or kick your ass depending on his mood). Plus you got to admire a guy who could do the wave on his own just by taking his shirt off quickly.

Do you think players are going to be whining about CTE when youve got a roving maniac for a commissioner who puts PCP in his coffee? Dont think so. By the way, if your going to be a pansyass and get your seat stolen by Rob Ford you need to at least go chug a beer with him instead of hopping on twitter like you dont know what a handshake is. If you walk away from that situation with anything less then a bloody nose either from getting punched or ripping some lines of a Rogers Centre toilet your doing it wrong. 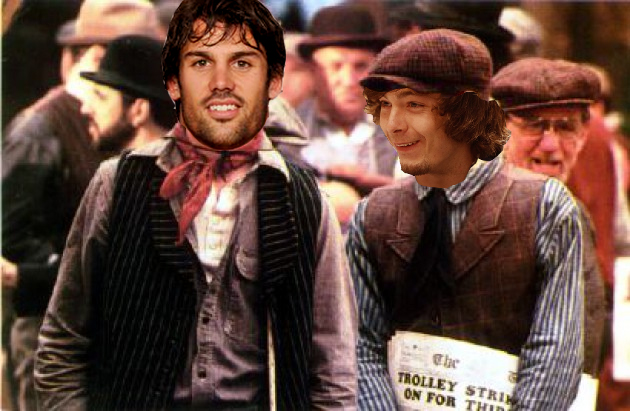 Between Decker, Welker, Manning and Dreesen the four Norsemen are firing on all cylindars folks. I had some fun with it and said that Eric Decker was like the Gettysburg address because if you start him your getting 4 scores. Eric and Welker have been playbook rats this year mastering there generals high-powered IQ offense. Granted finding holes in KCs secondary is almost as easy as finding burned holes in Dwayne Bowes apples but lets not let that detract from the career day that Decker had. 4TDs on 7 receptions literally spells effeciency.

Last year Dumbarious Thomas called the two of them Black and Decker but now they've got Welker on board finidng holes in the zone its more like Knack and Decker out there. Got to admire a guy like Decker who has a attractive wife that he loves very much, just another touch of class from a all-around blue-collar American.

Announcer Of The Week: Al Michaels 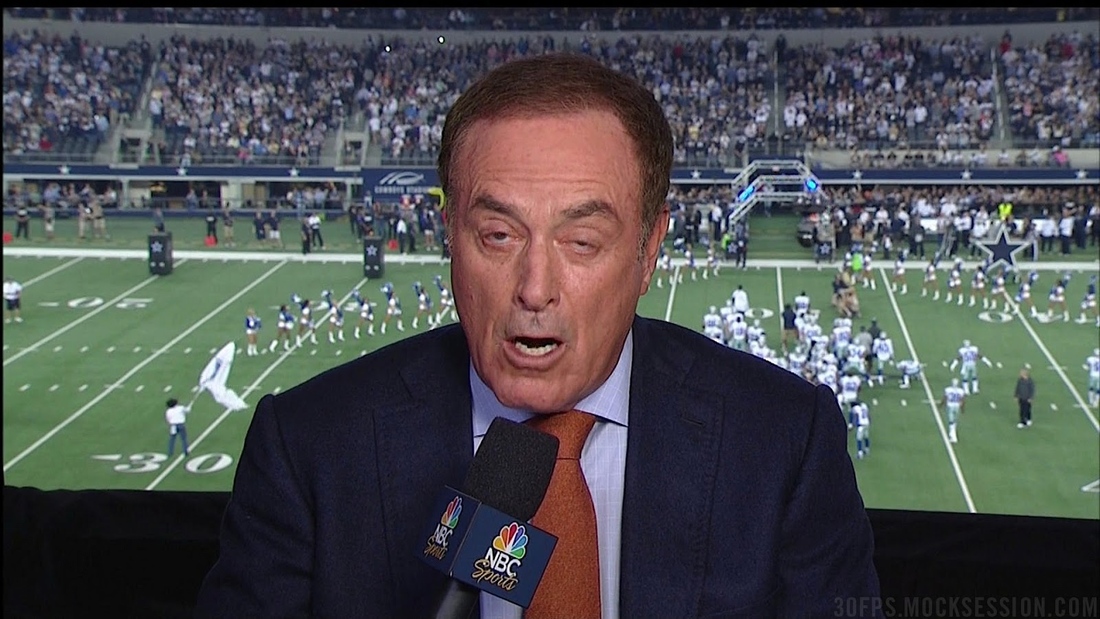 Al calls 'em as he sees em which can sometimes be tricky for a guy with double-vision, but it was great to hear a announcer take the refs to task for screwing up the ending to the Redskins Giants game. Al's a type guy whose just as comfortbale complaining about bad spots whether its on the football field or on his liver. These refs really screwed the pooch which I would normally say is better than the alternative anytime your watching a game with a Scrambling Vick-type QB, but unfortunately there mistake just ended up giving RGthree-fingers pointing back at himself another excuse to blame someone else.

Al's known for laying it all on the line whether its gambling or just physicaly taking a nap while a Officer of the law is trying to administer a field sobriety test to him, so its always refreshing when he lives up to his reputation. Speaking of Al heres a fun game to play- when you watch him on camra try to catch a glimpse of his upper teeth. No one knows for sure if they even exist its weird.

Michaels is also a degenerate gambler type guy so hes always literally very invested in each game he calls which is why it can be almost funny watching him overreact to meaningless calls at the end of meaningless games. Just the fact that he cares so much about the total score of the game is a welcome change of pace from his counterpart Collinsworth who only cares about a certain type of over-under when he cant tell if shes 16.5 years old.

• The Post-Mortem: Excuse Philip Rivers for having manners, jerkwad