The owners of the first picks in the 2012 and 2013 NFL Drafts will kick off the postseason followed by the Bengals looking to slow the streaking Chargers.

The first round of the playoffs in the AFC will feature a pair of rematches of December games that each went in favor of the eventual division winners. Both the Bengals and Colts managed to earn victories over the Chargers and Chiefs, respectively, and have the chance to do it again at home to start the playoffs in the AFC.

The Kansas City Chiefs had nothing to play for in Week 17 and rested most of their starters against the San Diego Chargers. Had they won a Week 16 game against the Indianapolis Colts, though, the Chiefs would have had a chance for a first round bye.

After jumping out to a 7-0 lead against the Colts with a 31-yard rushing touchdown by Jamaal Charles, the Chiefs didn't score again and lost 23-7, turning the ball over three times. Alex Smith finished with only 153 yards passing and an interception, while Andrew Luck racked up 241 yards, one touchdown as the Colts avoided turnovers altogether.

The win was one of three to finish the year for the Colts and it has Josh Wilson of SB Nation's Colts blog, Stampede Blue, feeling pretty good about their postseason chances:

This team is looking like contenders yet again, and especially n a weak AFC, you'd be making them a mistake to rule them out.  I'm not saying they're my pick to make it to the Super Bowl.  But I'm saying that I wouldn't be surprised if they do.  This is a team that has reached some incredible highs and fought through some bad lows.  It's a very disciplined team that takes care of the football.  It's a team that doesn't give up and believes in themselves.  It's a team that is getting hot at the right time.  It's a team that you have to absolutely watch out for as a legitimate Super Bowl contender, arising out of the worst division in football.

I can't wait to see: Andrew Luck finished his postseason debut 28-of-54 passing for 288 yards in 2012, as the Colts failed to find their way into the end zone once against the Baltimore Ravens. Make no mistake, though, he's a better player in 2013 than he was as a rookie in 2012. There will be many factors in play for the Colts, but Luck's performance against an opportunistic Chiefs defense is paramount for the team's success. 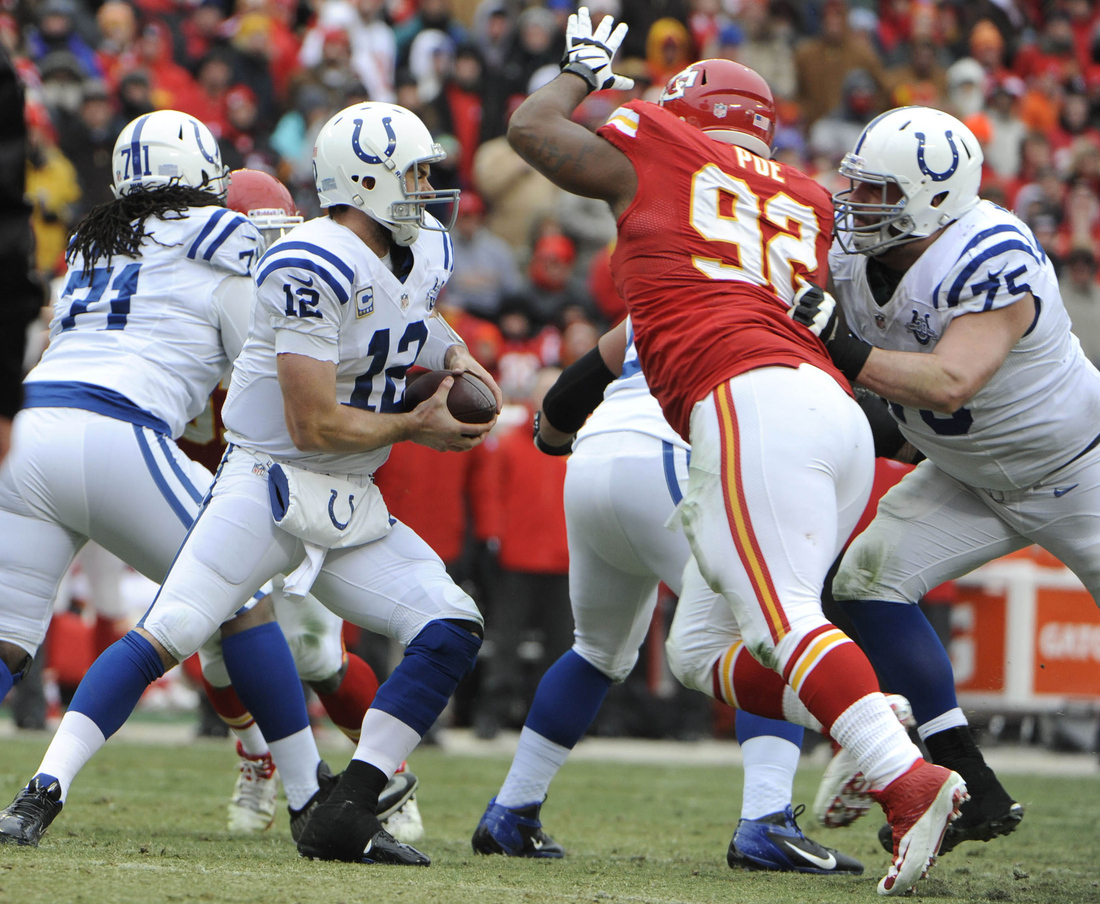 The San Diego Chargers rallied from a 5-7 record late in the year to win four straight and five of their last six to find their way into the postseason. In fact, their only loss in the month of December was a 17-10 defeat at home to the Cincinnati Bengals.

In that close game, three turnovers for the Chargers proved costly and the defense struggled to stop the combination of BenJarvus Green-Ellis and Giovani Bernard, who combined for 149 yards on 34 carries. Still, Philip Rivers managed to rack up 252 yards through the air and San Diego was in the game until the very end.

John Gennaro of SB Nation's Chargers blog, Bolts From The Blue, wasn't exactly brimming with confidence about the team's chances in the rematch, but he isn't ruling them out either.

Former Chargers GM A.J. Smith used to state, repeatedly, that the goal is to get into the playoffs and it's anyone's ballgame from there. Well, it took Smith getting fired, but the Chargers have gotten into the playoffs for the first time since 2009.

I can't wait to see: The Bengals secondary has done well against everyone this year, but Keenan Allen managed eight receptions for 106 yards in the first matchup. How the Offensive Rookie of the Year candidate does in the rematch with much more on the line will be hugely important for the team looking for the road upset. 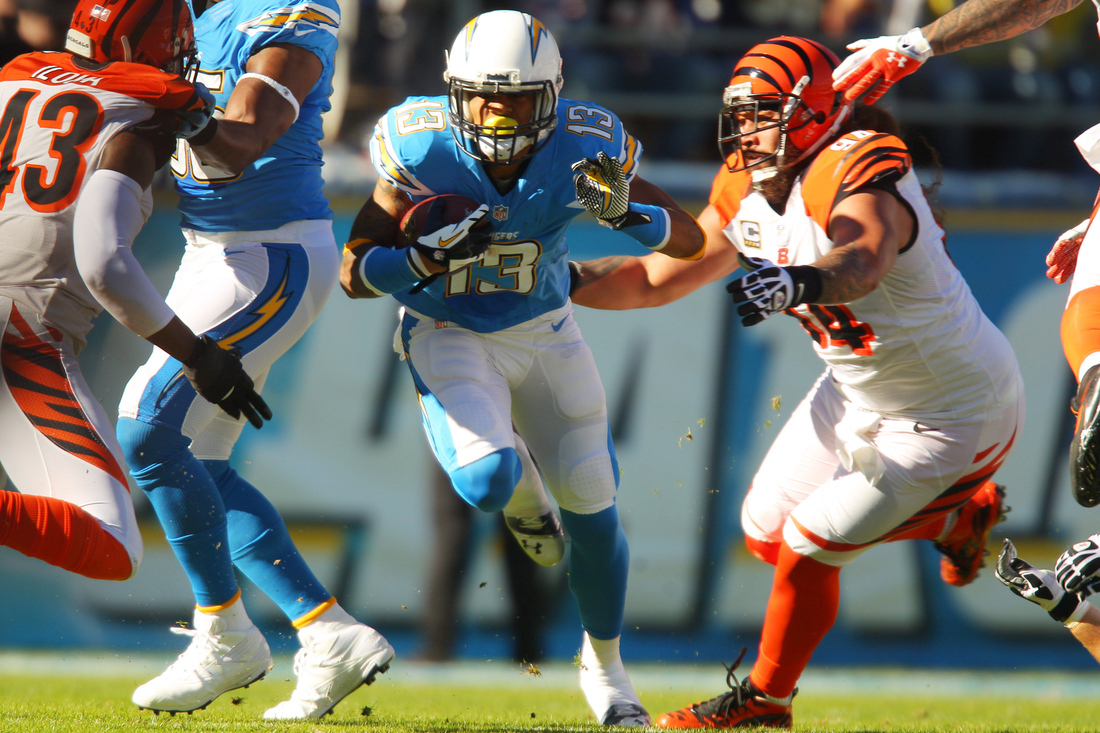