Barring an unlikely scenario involving little-used playoff tiebreakers, it appears the Steelers will hold on to their 2014 NFL Draft picks after Mike Tomlin's Thanksgiving sideline stunt.

The NFL threatened to take away NFL Draft picks from the Pittsburgh Steelers due to Mike Tomlin's sideline obstruction of Jacoby Jones' path to the end zone during a kickoff return on Thanksgiving. The leagues is unlikely to act on its threat, however, according to the Pittsburgh Post-Gazette. 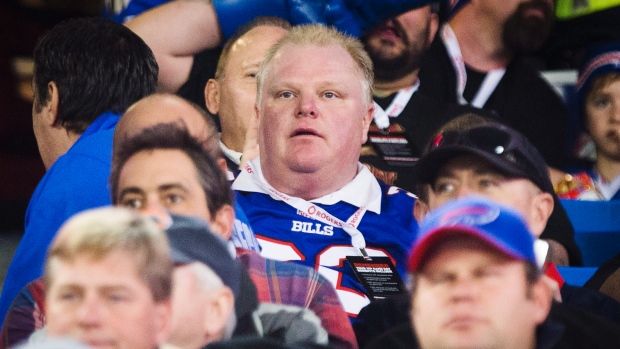 PFT Commenter is back with the next NFL commissioner and Week 13 awards.

An NFL source told the Post-Gazette that the Steelers would only lose draft picks if the play in question ultimately harms the Baltimore Ravens' playoff standing. The Ravens won the game, but they settled for three points instead seven because of Tomlin. The four-point swing could factor into the tiebreaker for the AFC North crown or a wild card spot if season point differential is needed to determine a postseason spot between two otherwise equal teams.

Point differential is WAAAAAAY down the list of NFL wild card tiebreakers, however, likely making the whole thing moot. Emphasis ours:

If it is necessary to break ties to determine the two Wild-Card clubs from each conference, the following steps will be taken.

(Note: If two clubs remain tied after third or other clubs are eliminated, tie breaker reverts to step 1 of applicable two-club format.)

So barring an incredibly unlikely scenario, the Steelers' 2014 NFL Draft picks appear to be safe, and Mike Tomlin can breathe a sigh of relief as soon as he has finished writing a check for his $100,000 fine.

Mike Tomlin and the foot of infamy