Ray Lewis may have taken a banned substance in 2012, and now he's playing in the Super Bowl. This may also lead to some conversations about performance enhancing drugs in pro sports. So let's talk.

Share All sharing options for: Ray Lewis and PEDs in pro sports

If you think Ray Lewis took performance enhancing drugs to recover from an injury this year, then on Sunday we're all going to watch a superstar who took PEDs play in the Super Bowl. It's kind of like seeing the news cycle in reverse.

Instead of seeing an incredible story and finding out later that it was all tainted by PEDs, now we know that whatever happens to Ray Lewis Sunday, however incredible, it'll be partially tainted by PED allegations.

Some background that you probably already know: Ray Lewis tore his triceps muscle on October 14, and with an injury that normally ends a player's season, we thought it might be the end of his career. Instead he missed just 12 weeks. As a 37 year-old, he cut the typical recovery time in half. Even as the comeback happened there were murmurs all over the place that maybe this wasn't totally natural. Then this week Sports Illustrated threw gasoline on the fire with a report on a company called S.W.A.T.S. and its co-founder, who claimed to have provided Ray Lewis with supplements that contained a banned substance.

We have no idea whether he took them -- Lewis denies it and so do the Ravens, who said in a statement, "Ray has been randomly tested for banned substances and has never failed a test. He has never been notified of a failed test." But even if Lewis did take the drugs, the HGH-like banned substance is only detectable in blood tests. The NFL doesn't test players' blood. There's no way Lewis would've tested positive regardless.

Add up the evidence: A 37 year-old making a miraculous recovery in half the time expected, taped conversations that were apparently provided to Sports Illustrated, and no means of testing (and no reason for Lewis NOT to take the PEDs). It's fair to guess that he took whatever crazy cocktail of drugs the people at S.W.A.T.S gave him, and they maybe helped him make it back to the field.

And we're pretty much powerless here. We'll never know for sure whether Lewis took PEDs, the NFL's not going to suspend him before the Super Bowl, and after that he's retiring. Which means we're watching a player who possibly cheated ride off into the sunset with zero consequences.

This is great, actually. It may force us to be mature about this stuff for once. 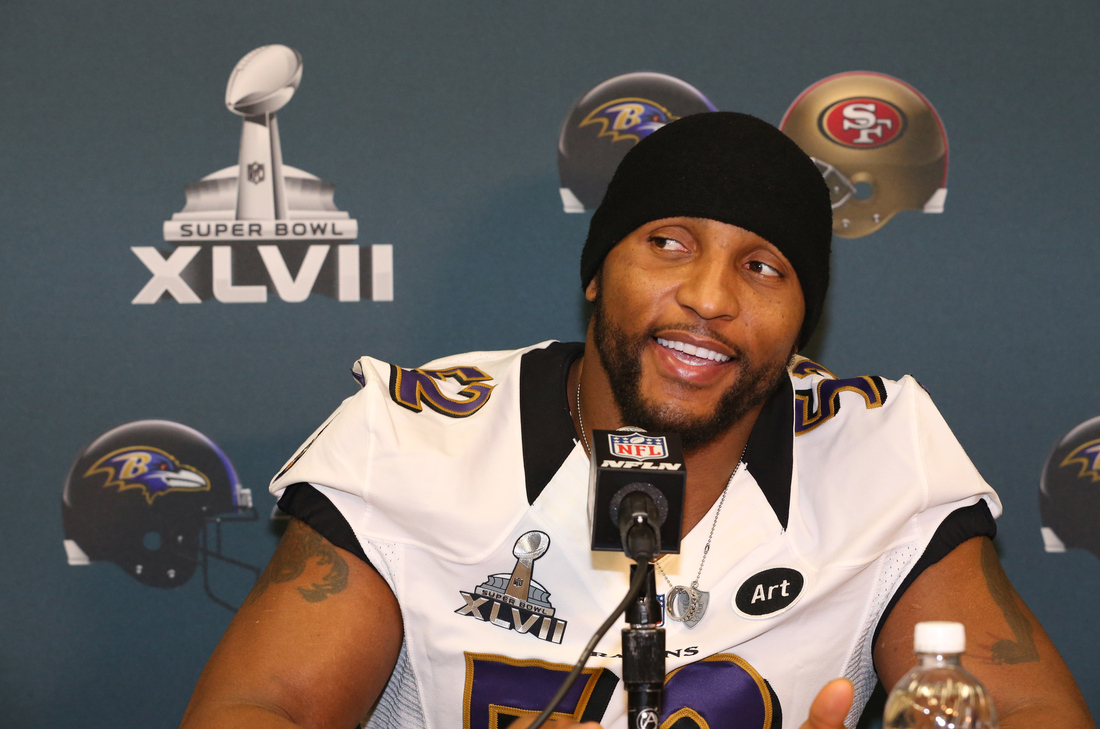 Or not. On Friday at Grantland, Bill Simmons wrote a column on Lewis and PEDs essentially using Lewis' story as proof that we need to overhaul PED testing in all sports lest we end up with a sports universe full of tainted superstars. Excerpt:

This past Christmas Eve, my son and daughter made Santa cookies, wrote him a letter, even left four carrots for his reindeer. As we were putting them to bed, I remember thinking, Man, I wish they could always stay like this. And by "this," I really meant, I wish they could always just blindly believe in things being true despite mounting evidence against them. For whatever reason, that made me think of Lance Armstrong. Was there even a difference? Our kids have Santa; we have Lance and Barry and A-Rod and everyone else.

That sort of melodrama percolates throughout, and I don't mean to bag on Simmons because he's the one who brought all this to light and it's the right discussion to have. He just gets it wrong. The rest of the column centers on a few blind-item anecdotes about athletes cheating, plus Lewis, all to support the BOLD idea that fans and media need to be more openly skeptical of what we're seeing in sports right now.

In the NBA, where players have more longevity than ever.

In pro football, where Adrian Peterson just had the most impressive return from an ACL injury we've ever seen.

In boxing, baseball, cycling, and everything else.

It's the media's job, we hear, to get tough and ask these questions about pro athletes and PEDs, forcing players' unions to agree to blood testing that would help clean up sports.

"Let's see what's in everyone's body, once and for all," he writes.

TEST EVERYONE EVERY DAY, THEN WE CAN LOVE SPORTS AGAIN. 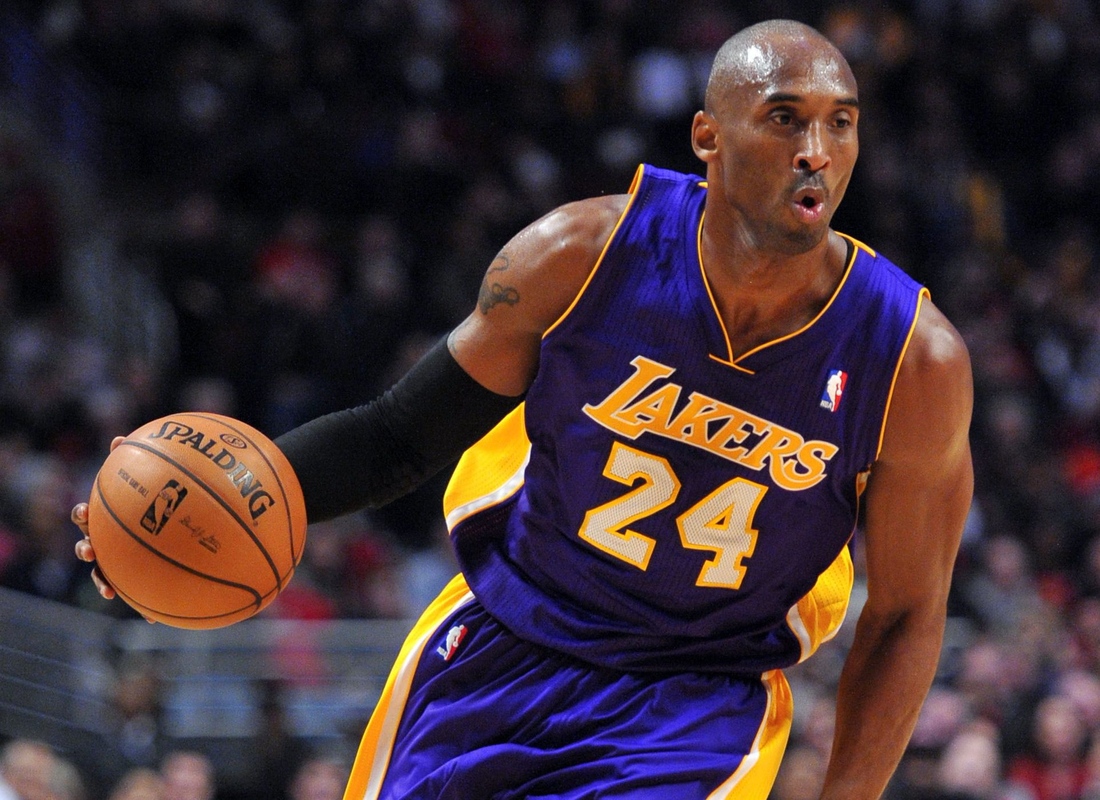 By now pretty much everyone has heard that Kobe Bryant has used a doctor in Germany to help extend his career. We don't really know how it works and the description of the procedure -- "a derivation of platelet-rich plasma therapy" -- only confuses us more, but we accept that it happened, there's no rule against it, and since Kobe's still dominating, it probably helped. It doesn't matter to us. We bring it up anytime someone discusses Kobe's surreal longevity, but it's not like it's ruined Lakers games the past few years.

If we found out Kobe was using PEDs -- like, actual HGH -- there would be massive outrage across all corners of the sports world. This raises the obvious question: are we sure there's a difference between that and whatever the German procedure was? We have no idea how much HGH helps, the same way we have no idea how much Kobe's trip to Germany helped.

But even if the dichotomy there seems screwed up, comparing the treatment to banned PEDs misses the fundamental lesson of Kobe's trip to Germany. The biggest reason it wasn't illegal in 2011 is because nobody knows what it does, or, before Kobe did it, most people didn't even know it existed. There will ALWAYS be stuff like that. You can test everyone in the world, and psychotic athletes like Kobe will still find every edge possible.

Just because we can't trust everyone doesn't mean we can't trust anyone that does something impressive. It definitely doesn't mean sportswriters should go on TV and start a discussion about whether Superstar X is on steroids. (A real thing that was suggested.)

It's possible to be vigilant without turning into vigilante crackpots. It's not actually the end of the world if someone's taking a banned substance. If Ray Lewis prompts any discussion about the media's approach to PEDs, we should be asking them to grow up, not get tough.

The same type of preachy sportswriters who will tell you breathlessly, "You know, sports are a lot like life" are the ones who lose their shit and demand all kinds of retribution whenever we find out about doping. These are the ones who think athletes owe us memories we can trust forever.

When those memories get complicated by, say, PED allegations, we all have to recalibrate how we view the entire experience. A bunch of cliches we grew up believing become tainted by a murkier reality that's sometimes frustrating or depressing, and it all forces us to find a way to enjoy past and future experiences for exactly what they are, not what we wish they were.

"I don't even know what I am watching anymore," Bill Simmons wrote Friday.

So, Ray Lewis. We have no idea whether he took banned substances. But let's assume everything in the Sports Illustrated piece is true, since everyone's doing that anyway. In that case, look at the stuff he was supposedly doing to make it back onto the field:

... holographic stickers on the right elbow; copious quantities of the powder additive; sleeping in front of a beam-ray light programmed with frequencies for tissue regeneration and pain relief; drinking negatively charged water; a 10-per-day regimen of the deer-antler pills that will "rebuild your brain via your small intestines" (and which Lewis said he hadn't been taking, then swallowed four during the conversation); and spritzes of deer-antler velvet extract (the Ultimate Spray) every two hours.

Who knows whether any of that is dangerous, but it's incredible that it exists at all. More incredible: The idea of Lewis in the middle of October, a 37 year-old millionaire nursing a mangled arm, methodically putting holographic stickers on his elbow, sleeping with a "beam ray" light, taking deer antler pills and spritzing "deer antler velvet extract" under his tongue 10 times a day. Maybe you look at this and yell CHEATER, but I don't know.

Everyone knows Ray Lewis loves football, but imagining a scene like that helps you see just how addicted to football he really is.

Nobody's saying PEDs are "right" or should be legal, but it's hard to see how anyone can really be that surprised or upset if Lewis took a calculated risk believing in an alternate treatment that's not tested by the NFL. That's part of the game now, and probably always has been. We're getting to a point where fans understand all that. It's possible to recognize that some players probably are and still enjoy it all.

Knowing Lewis may have taken banned substances will keep us from reading too much into any fairy tale ending for a superhero linebacker and just enjoy the Super Bowl for what it really is -- a game with massive stakes for everyone involved, played by incredibly gifted, possibly psychotic humans who love football more than most of us have ever loved anything and will make unimaginable sacrifices to keep playing. Lewis personifies it as well as anyone. So enjoy it, even if you're rooting for the 49ers to knock the shit out of him.

As for the future of sports? We should start by saying that mourning some bygone era where nobody cheated is a waste of time because it probably never existed and definitely never will. But more importantly, why waste the energy? It's just as easy to acknowledge reality and still love sports exactly as they are -- completely insane, sometimes shady, and generally pretty great regardless. We can be adults about this, right? Just because you find out Santa Claus isn't real doesn't mean you stop celebrating Christmas.

I believe Adrian Peterson came back naturally. I don't need to see All Day pee in a cup at the Super Bowl. ... Of course, if you gave us a halftime choice between Beyoncé performing or Ray Lewis peeing in a cup, we're going with the peeing. Welcome to sports in the 21st century.

It makes absolutely no sense, and neither does fixating on PEDs.