TROLL TUESDAY: Manti Te'o can't outrun his past at the NFL Combine

Manti Te'o went to the NFL Combine this week with a chance to face the skeptics and prove them wrong once and for all. It didn't quite work out that way.

Share All sharing options for: TROLL TUESDAY: Manti Te'o can't outrun his past at the NFL Combine

Rather than wait for columnists to bait readers into blind Internet anger, we at SB Nation believe in setting the curve ourselves and doing so honestly. On Troll Tuesdays, we attempt to construct the most obnoxious column on earth. Today: Let's talk about Manti Te'o and the NFL Combine.

INDIANAPOLIS, Ind. -- After all that song and dance, it was finally time for Manti to face the music. Wake up the echoes?

Indeed, when it was time for Katie Couric's favorite middle linebacker to hit the field in Indy, the entire NFL paid attention. It started this weekend when he faced the media. "That’s a lot of cameras," he joked as approached the podium.

Welcome to the Big Show, Manti.

This is the NFL Combine, where superstars are born. Or frauds are exposed.

Maybe he was weighed down by his conscience.

Or hey, maybe not. I'm not here to call anyone a liar.

Maybe you saw a 40-yard dash, but I saw a kid who can't outrun his past.

We'll never know the truth of what happened with Lennay Kekua. All I know for sure is the ghosts caught up to Manti on Monday. Maybe you saw a 40-yard dash, but I saw a kid who can't outrun his past. The weight of the whole experience slowed him down. Looking back now, if Manti was going to spend his nights talking on the phone to an imaginary person, maybe he should've called Leon Sandcastle. At least he could've gotten some useful advice for the combine.

Instead, Te'o called his time in Indianapolis an "exhausting process" when it was all over.

You know what else was exhausting?

Trying to make sense of his story the past few months.

If Te'o is tired, maybe it's because this week was the first time all year that the Heisman runner-up couldn't stiff-arm away the Lennay Kekua questions. When the National Football League wants answers, "no comment" just doesn't cut it. 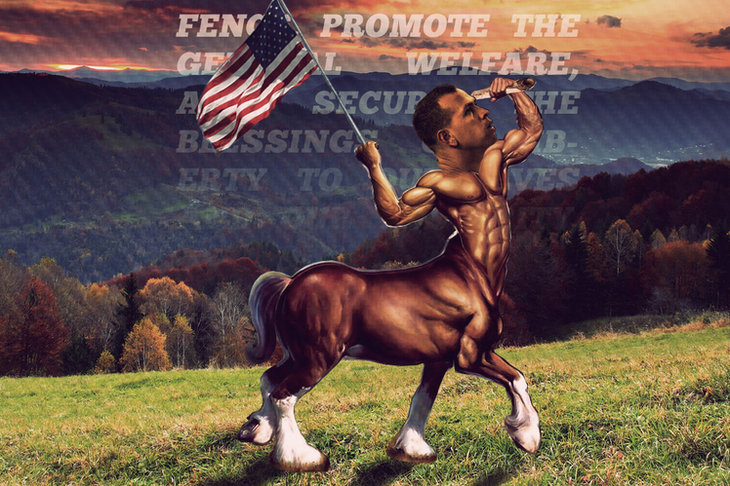 • A-Rod is a True Yankee (unlike Derek Jeter) • Lane Kiffin, builder of empires • Colin Kaepernick is not elite • Did NOLA deserve the Super Bowl?

"Quite a few teams asked me about it," he said. "Some go to certain lengths, some just ask me, ‘Just give me a brief overview of how it was’ then they get straight to business."

How far did they go? Pro Football Talk's Mike Florio is more wired in than most, and he said Monday that teams have been asking Manti about his sexuality. That might be too personal, if you ask me. (If a guy can HIT, I don't care who he wants to kiss.)

No, if it were me in the interview room, I'd just like to ask Manti one thing: Why? How? Why lie to Sports Illustrated? How could you do this to Notre Dame?

Why lie to me? How am I supposed to explain this to my kids?

You can't help but wonder whether this all goes back to the National Championship, when Notre Dame added nameplates to the back of their jerseys. Priorities were misplaced that day, and maybe that was a metaphor for everything. Ask Manti about that. Because if we're being honest, Te'o's failures don't just reflect on him as a Middle Linebacker. He's a mirror for what's wrong with college football's Camelot. If Manti's Combine and the Notre Dame title game are any indication, Touchdown Jesus' team is too busy fighting PR wars to take the crusade to a practice field. But that's a story for another column.

For now we're talking about the NFL Combine. The NFL's No Spin Zone.

With the scouts watching, there's nowhere to hide. You're either fast or you're not. You think you're smart? Take the Wonderlic and prove it. There are some folks out there who think the Combine has become overblown in the past few years, but to me it's the first big test any player can pass. Where everything's on the line and you either man up or you don't. Flex your muscles on the bench press, or crumble under the weight of the pressure.

Te'o skipped the bench press on Monday because of an injury.

What does it mean?

You tell me, John Harbaugh.

At the NFL Combine, if you can't take the heat, you get left out in the cold.

Maybe Manti should have booked a ticket to the Oscars instead. After all, Stephen Spielberg's Lincoln was remarkable, but who told a better story than Notre Dame's big star?

It began with Amour, then it was Manti Unchained all year long, Argo-ing all the way to the top, right up until some Beasts Of The Southern Wild turned his Silver Linings Playbook inside out, and a few weeks later we found out the Life of 'Ti was one big lie. Then came the combine and Manti's Zero Dark Forty--the Academy thought it was a little slow -- and Notre Dame's big star learned what Misérables really means.

Then reality set in at the NFL Combine.

A day later, there are a thousand experts out there and everyone has an explanation, but none of them matter in a league where there are no excuses.

Around here, not every story has a happy ending.