What is the NFL really trying to accomplish with the new negotiating window that precedes free agency this year?

Share All sharing options for: NFL Debrief: How I spent tampering weekend

On Thursday afternoon, I had the NFL staff at SB Nation write a post explaining the league's brand new three-day negotiating window for teams and free agents. I read it that night, satisfied with its nuts and bolts approach, and we ran it on Friday morning. I read it four or five times before the calendar turned over on another day and the so-called tampering window began.

I went to bed that night thinking I'd wake up to a blanket of fresh snow in the form of free agent deals all but done. Instead, I woke up to Logan Paulsen re-signed and LaGarrette Blount getting a team-friendly deal. Hewing to the weather analogy, I got just enough ice to have to scrape my windshield. 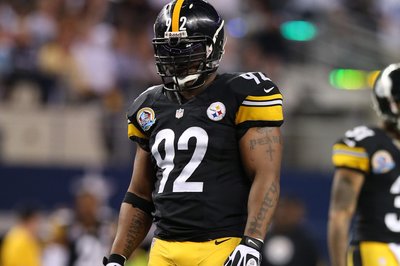 The tampering window was a dud, but the rumor mill keeps spinning. Catch up on the latest news from around the league.

When the competition committee approved the new negotiating window last October it was very clearly explained to those of us huddled in the media room at the Chicago Marriott as one more tweak to the league's parity. This would make free agency more fair by allowing teams to talk to reps for free agents from other teams, ending the tampering.

One of the more cynical theories offered to explain the free agent window centered on creating more buzz in the build up, culminating in a "signing day" like event on Tuesday, when teams are finally allowed to sign free agents, consumate trades, etc. Of course, the league already has that aspect of free agency, it's just not a one-day proceeding with ceremonial hats and fax machines.

But nothing really changed. If anything, the biggest difference seemed to be less information leaking out as teams and agents tried to keep their powder dry in search of the best offers. Or was it that threatening letter sent to teams from the folks at 345 Park Avenue that threw cold water on the weekend rumor mill?

What killed the buzz this weekend isn't the issue. The issue is the NFL's motivations for creating and then managing its three-day tampering window.

More fans tune in and turn onto free agency every year. I can't really see a way that it gets more popular than the organic process it goes through now. Rumors bubble up through social media, spread throughout the internet, creep into the crawlers at the bottom of the screen and even make it into the newspaper, eventually. As a ratings grab, this weekend's negotiating window was a license to change the channel.

Is it, as stated, a competitive issue? If the league wants to rid the free agent process of tampering, than it needs to sweep the city of Indianpolis for agents before the Combine, shuttling them off to Terre Haute and restrict them to well-monitored landlines. Tampering like we're used to is a natural part of any process that includes an arbitrary start date.

At some point, the league's going to have to make a difficult, honest admission about its ongoing attempts to regulate each and every aspect of the business. Careful management of television contracts or beefing up rules governing player safety call for a heavy hand. Football is a chaotic sport, which is part of what makes it so enjoyable. At some point the league office is going to have to embrace that chaos or at least recognize where they have to live with it. Free agency is, by nature, one of those places where chaos is the rule.

One ripple of this negotiating window might just be giving teams more leverage over free agent players. Jason Cole of Yahoo Sports suggested as much over the weekend as part of the effort to understand just what exactly was going on with the new three-day negotiating window.

The middle tier of free agents are getting nibbles, but it's just that -- a phone call here or a text message there that a team has some interest in that player. No offers, just interest, a front office mash note from a general manager who sees a potential fit, but not one worth going all-in on before the prices start setting themselves.

Said one exec in Cole's story:

"If you don't get one of the top two or three guys at a position, I think teams are realizing that the difference between player No. 3 or 4 and player No. 8 or 9 at that position is very small.," one of the team executives said. "So you just wait it out and realize that the difference between somebody who makes $4 million a year and $3 million a year is very small."

Things aren't so different in Cleveland

If you have been paying attention to the ripples of free agent news, then you'll know that the Browns are linked to EVERYONE. Jared Cook, Ricky Jean-Francois, Paul Kruger, Captain Munnerlyn (please find a way to trade for Major Wright), etc.

The best free agent rumor involving the Browns is James Harrison, who made a nice career for himself terrorizing the Browns and putting Colt McCoy at the center of the debate about how the league handles concussions on the field. Harrison is in his mid-thirties, clearly on the downhill side of his career. He probably has some value as a situational guy, but the Browns clogging up roster spots with aging veterans seems to run counter to what the team really needs to do at this juncture.

There's a lot of buzz out there about CLE being VERY aggressive early in Free Agency.

They have money to spend, y'all, roughly $60 million in cap space. Jimmy Haslam is new, so to speak, to the NFL ownership club, but he's taking a decidedly older approach that calls for spending your way out of irrelevancy. The problem with that approach is that it rarely works, and when it does, it leaves teams worse off in the long run, struggling through salary cap purges and lugging around dead money.

It's a different approach for the Browns, but the results will seem all too familiar.

• Cowboys still over the salary cap