For a lighter, more controversial take on free agency, we asked the self-appointed voice of the PFT comment section, @PFTCommenter, to give us his predictions for the NFL's offseason movement. Yes, it's a parody.

Editor's note: Every NFL fan loves free agency. The excitement of following the news from rumor to reality injects a little excitement into the offseason. It's also a phenomenon that requires a little bit of levity. I asked Twitter sensation @PFTCommenter to insert a few yuks into the free agent frenzy with his own hot sports takes. These are purely parody, so don't hit send after you write that angry email to tell us that Wes Welker will never sign with the Niners. We know. I'll say it again, this is a parody, for your enjoyment.

Before you start reading, you should know that if you don't like it when people talk about controversial topics in a real way, you might as well not even read any of these takes. I write what I see, and I don't pull any punches.

When SB Nation asked me to give some predictions regarding the NFL Free Agency period, I kind of bristled. It's probably my least favorite time of year because it's basically a bunch of wide receivers who wear numbers 11-19 making a big production out of thumbing their noses at fan bases.

Even though most of us would rather see the NFL admit the Free Agency experiment failed, the reality is there are a bunch of mercenaries looking to take tax dollars out of your pocket this spring. So let's look at who's going to get paid and where they're going.

Adrian P.E.D.erson needs to add Dr. Phil to the long list of "special" reasons he almost gained the rushing record. Loadholt's 1-part mauler, 2-parts road-grader. Dr. Phil won't give the Vikes a hometown discount on account of when was the last time you heard Peterson taking the guys up front out for Maggiano's or something? He won't have that problem with Big Ben, who probably rolls out the red carpet at Primanti's for the big fellas in the trenches.

In my rule suggestions to Jeff Fisher (check them out if you like strong takes), I left out an important one: the goalpost dunk should get a 15-yard penalty. Most people who are ignorant of history don't even know that Tony started doing that celebration because he honestly was so dumb his instincts would make him react like he was playing basketball and he thought dunking = scoring. The whole league would love to see a showoff like Tony Gonzalez come in and (not to root for a injury) but if he dislocated his ankle or something you kind of almost have to enjoy that. 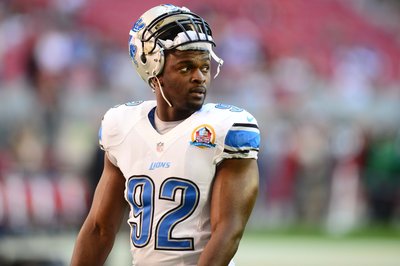 Follow all the news and rumors from NFL free agency in our story stream.

Now that Vince Young's dream team is a Shamrock Shake + Fish McBites, the Iggles need a backup QB. Chip Kelly strikes me as kind of a racist against white quarterbacks so look for Eagles to make a play at, I don't know, Tarvaris Jackson, I guess. Riley Cooper is a star.

Matt Stafford, aka "Wide 9," is tired of defenses literally laughing when he runs play action, so the Lions will try to get Reggie Bush. They'd have a pretty cool nickname of "Best-Bush Backfield", which ironically was unrelatedly trademarked by Kim K.

Chris Johnson continues his transformation into CJ2-YPC and the Titans continue to be haunted by the curse/ghost of McNair. (It's a curse I made up, and I'm trying to get it to catch on, so use it on message boards, radio talk show calls, voicemails for Bob Ley, etc.) The Titans have a big need at the "receiver who hasn't bought in and misses a lot of games with minor injuries" position.

Johnny Knox proved he would literally bend over backwards for Big Jay.

Jay Cutler gets the most out of his players; Johnny Knox proved he would literally bend over backwards for Big Jay. Their CFL coach is going to get the Midway Boys into shape by making them practice on a 120-yard field, so all he needs is a team-first running back to replace Matt ForPay and the Bears will walk through a weak NFC.

Between Seymour and that big Animal guy with all the hair, the Bungles D-Line will look more like a couple guys who try to kill Spider-Man than a professional group of D-Linemen.

This franchise is lucky Goodell didn't ship their asses to LA for Bountygate punishment (legal under the bylaws of new CBA; nice negotiating, De Smith). Frankly it would of been nice to have the Super Bowl played in a city that paid their light bills on time. Write it down, Pacman pulls into OTAs with a "Free boosie" face tattoo and his new agent Silkk the Shocker riding shotgun.

Call me crazy, but the Jets aren't rebuilding, they're reloading.

Really didn't see it coming that a team with LeGarrette Blount, Mike DWI-lliams, and Josh Freeman would lack maturity ... psyke! Schiano's a road-grader type coach, an old-school damn gritty guy who wants his teams playing through the "E" in whistle. Dustin Keller has good hands, but he's got the situational awareness of a large horse.

Call me crazy, but the Jets aren't rebuilding, they're reloading. Sanchez got hung out to dry by Santonio Homes and his "AnneFranc" fake hurt foot. Whether it's all four years of homecoming or between the hashes on a Gridiron, the Sanchize is a closer. This year the only thing he's looking over his shoulder at is Mark Brunell's daughter, playing loose and playing with confidence.

Welker reads the playbook like Rachel Nichols studies 50 Shades of Grey when she's supposed to be on conference calls. Welker's the type of guy you'd let call the plays in the huddle instead of trusting College Rappernick, who basically tries to run annexation of Puerto Rico on every down. Thing about Welker is that he's like the receiver from Varsity Blues who catches a million yards all the time but doesn't get TDs. I'm not saying it has anything to do with his race, but he doesn't run to Outside The Lines with a made-up controversy every time Brandon Lloyd gets a red-zone target.

My guess is Dashon's upset with Harbaugh or the 49ers ownership, something about disrespect or money probably involving a franchise tag, so he wants to go to Seattle, because disrespect.

Poor man's Ryan Swope. I call him Mike Koalas because he spends all his time slacking off in route trees. If you can't get along with Big Ben and Todd Haley, maybe it's time to look at the man in the mirror. Luckily for him he's better than the rest of the Sudafed-fire that makes up the rest of the Dolphins receiver corps.

The Chargers love Cliff because he rarely gets penalties. To be fair, he could rob an offensive lineman's shoes with a knife and get away with it on account of Ndamukong Smh next to him drawing heat from every ref and parole officer from here to Timbuktu.