The first two days of the NFL free agency period are in the books and while teams were happy to welcome their new additions, several may regret the deals they struck so far and it may not take long.

Share All sharing options for: NFL free agent grades: The most regrettable deals signed so far

In the NFL, free agency is very similar to buying a new car. It involves extensive research and negotiations and when you finally strike a deal, you're genuinely happy. That is, until you drive the car off the lot and it begins depreciating. NFL free agents, like that new Camaro, can depreciate the second they sign their big contracts.

Some players prove to be worth their free-agent contracts and then some others, well ... not so much. Buyer's remorse is common in the NFL as a big free-agent acquisition one year can be a salary cap causality the next. Take the Miami Dolphins for example. Miami was active on the first day of free agency with a number of big moves. The Dolphins signed one of the top linebackers on the market in Dannell Ellerbe, but followed it up by releasing Karlos Dansby, a prizeacquisition just two seasons ago.

The out with the old, in with the new operating procedure can lead to younger, more valuable players. It can also lead to contracts that teams will soon regret. Here's a look at a few of the most regrettable contracts signed thus far: 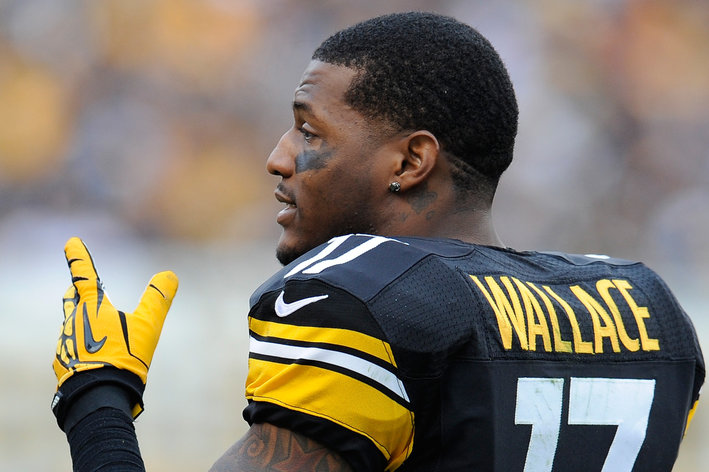 Follow all the moves, good ones and bad ones alike, with our free-agent tracker.

Mike Wallace is the biggest signing thus far and while he is a good player, the Dolphins paid him like an elite wide receiver. Wallace received a five-year, $65 million deal, which includes $30 million in guaranteed money. Wallace may be one of the elite deep threats in the NFL -- even with a down 2012 -- but it's hard to make an argument that he deserves to be the third-highest paid wide receiver in the NFL.

If NFL teams started from scratch tomorrow and drafted wide receivers, where would Wallace come off the board? The top 15? The top 10? Maybe, but he surely would not be the third wide receiver off the board. Instead, Wallace's bloated contract is a result of a team desperate to add a playmaker and a limited available talent pool. If Miami didn't overpay for Wallace, they risked losing him to Minnesota or another team. The Dolphins got their man, but the question now is how long will they enjoy paying him $13 million a season.

The Dolphins kept their wallet open after signing Wallace, agreeing to a five-year, $35 million deal with Ellerbe. The deal includes $14 million in guaranteed money. That is a lot to pay for a linebacker who's been plagued by injury and has 14 career starts. Ellerbe played well at the end of last season and may have been the Ravens' best defender in the postseason, but he is now one of the 20 highest-paid linebackers in the NFL.

The contract looks worse when you consider Ellerbe is 27 and isn't likely to have considerable room for development. Did his seven regular-season starts last season really prove he is worth $7 million per year through his age 32 season?

After first reading the Bears signed Bushrod, you may have thought, "Hey the Bears signed a two-time Pro Bowler. They've finally solved their left tackle issues." Then you remembered Pro Bowl voting is close to a complete joke and Bushrod benefited heavily from the play of Drew Brees.

The Bears and Bushrod agreed to a five-year deal worth $35.965 million with $17.715 million guaranteed. That contract puts Bushrod just outside of the 10 highest-paid tackles. Yet, based on last season, he may be only a marginal upgrade over incumbent left tackle J'Marcus Webb. Bushrod allowed 46 quarterback hurries last season, the second most of any tackle, according to Pro Football Focus. Webb allowed 30 quarterback hurries while playing 57 fewer snaps.

Chicago is paying Bushrod to keep pressure off of Jay Cutler, yet Bushrod finished among the worst in the NFL in quarterback hurries allowed each of the last three seasons. Then again, maybe Bushrod will be fine, assuming he doesn't have to try to block Justin Smith:

Jermon Bushrod billed as a savior is free agency lunacy.

If you recognize Walden's name, it might be because you saw it on the back of his jersey when Colin Kaepernick was spinning him in circles in the playoffs. Walden compiled the worst grade among outside linebackers last season, according to Pro Football Focus. He finished the season with a minus-25.4 rating. That was after he earned a minus-27.4 grade in 2011.

Coming off back-to-back rough seasons, it may have seemed like Walden was destined for a one-year contract with a chance to make a roster. Instead, the Colts rewarded him with a four-year deal worth $16 million. Unless Walden's play significantly improves, he's unlikely to make it through the life of the contract; in fact, he may not make it through next season:

Someone must've screwed up a decimal point in that Erik Walden contract. Only explanation.

In recent years, many teams have shied away from investing in backup running backs. Instead, they draft backs and utilize them until they become expensive, then rinse and repeat. The Tennessee Titans are apparently not one of those teams as they signed Shonn Greene to a three-year deal worth $10 million. The Titans invested $3.3 million a season for a player who averaged 3.9 yards per carry last season.

The deal becomes even more questionable when you consider Tennessee's backup running backs combined for 42 attempts last season. Chris Johnson is scheduled to earn a base salary of $10 million next season and now Tennessee is either going to reduce his touches in favor of the less effective Greene or pay Greene upwards of $3 million for roughly 50 carries.

If Tennessee wanted insurance behind Johnson, they could have signed Rashard Mendenhall, who got a one-year deal worth $2.5 million in Arizona. Or they could have drafted a player like Stevan Ridley in the third round and paid him less than $750,000.

Cook is considered to be one of the more athletically gifted tight ends in the NFL, but those abilities have yet to translate to consistent production on the field. That, however, didn't stop St. Louis from making Cook the third-highest paid tight end in the NFL.

St. Louis signed Cook to a five-year deal worth $35.1 million. The average annual value of $7.02 million puts Cook just behind Jason Witten and Vernon Davis, and ahead of Rob Gronkowski, Antonio Gates and others. If that wasn't enough, the Rams gave Cook $19 million guaranteed, the third-highest guarantee for a tight end.

All of that for a player who has started 12 games in his career and had 523 receiving yards last season.